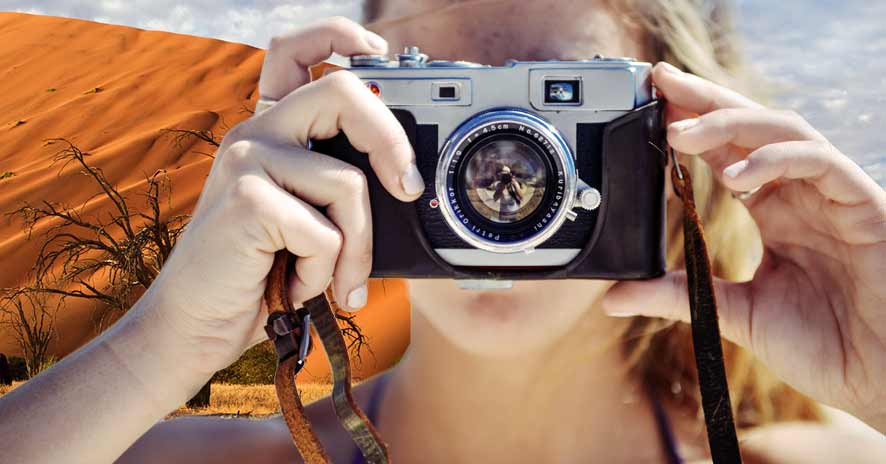 In this week’s Travel Tuesday feature, we’re continuing our trip around the globe – first stop Namibia. Although there are 196 countries in the world, we’ve broadened our view a bit and included other debated territories.

So buckle up and sit tight – this is around the world in 235 facts, continuing from fact 140.

141. Namibia
The Namib (‘open space’) desert is the world’s oldest desert, at 80 million years old. It also contains the highest sand dunes in the world. The country boasts more than 300 years of sunshine each year.

143. Nepal
Not only can you find the peak of Mount Everest in Nepal, but 8 of the world’s highest mountains can be found within this country’s borders. Like South Africa, Nepal also has planned power cuts to deal with increasing electricity demand.

144. Netherlands
As the lowest country in Europe, 26% of the Netherlands is below sea level. Its highest point is a mere 322 metres above sea level. The national colour is orange because the monarchy’s house is dubbed The House of Orange.

146. New Caledonia
This archipelago is located east of Australia and is a self-governing French dependent. People on these islands live in tribes with a chief ruling each tribe. There is no land ownership in New Caledonia as everyone shares the land.

147. New Zealand
New Zealand was the first prominent nation to have universal suffrage as it became legal in 1893 for both women and men to vote. Although it is an independent country, they use a system called Crown in Right of New Zealand, which means Queen Elizabeth II currently enjoys sovereignty and is represented in parliament by the Governor-General.

148. Nicaragua
15% of Nicaragua’s GDP comes from remittances from Nicaraguan emigrants now living abroad. The Dual Volcano in Nicaragua is the only volcano in the world which is fed by two different magma channels. It can therefore erupt from two different sources.

149. Niger
Niger is one of the hottest countries in the world, with four-fifths in the country covered in Sahara desert. Many nomadic tribes hail from Niger, like the Tuareg and the Fulani. The country’s most valuable natural resource is uranium.

150. Nigeria
Nigeria is the most populous country in Africa, with a population of more than 160 million people. The second largest movie production hub, dubbed ‘Nollywood’ is found in Nigeria. It is smaller than Hollywood, though it trumps Hollywood on a revenue per capita basis (and it’s Bigger than Bollywood).

151. Niue
Niue Island is one of the smallest countries in the world. It is a self-governing state which is in free association with New Zealand as New Zealand performs most of their diplomatic relations. Most of the citizens also live in New Zealand. The national sport of their country is darts.

153. Norway
Norway is the country in the world with the highest petrol prices, even though it is one of the biggest exporters of oil in the world. It is home to the world’s longest tunnel – The Lærdal Tunnel – at 24.5 kilometres.

154. Oman
Unlike most middle eastern countries, Oman is a rather prosperous nation. It has enjoyed diplomatic relations with the US for more than 200 years. Its current leader, Sultan Qaboos bin Said al Said, overthrew his father from power and became leader of Oman in a bid to modernise the country.

155. Pakistan
Want to see the world’s largest deep sea port in the world? Then look no further than Gwadar port in Pakistan. The country also has the highest paved international road in the world, called Karakoram Highway, which can be found between China and Pakistan and is over 4 500 metres high.

156. Palau
Palau is also known as Belau and was accidentally discovered by a shipwrecked crew. It is also called the Seventh Underwater Wonder of the World as three major ocean currents converge in Palau, bringing incredible oceanic diversity to the region.

158. Panama
Panama is the only country in the world where you will be able to see the sun rise on the Pacific and set on the Atlantic ocean as the two oceans are separated by a mere 80 kilometres of land. The country is home to more bird species than the United States and Canada combined.

159. Papua New Guinea
Talking about birds, the world’s only poisonous bird, the Hooded Pitohui (or Pitohui dichrous) is native to Papa New Guinea. This strange country used sea shells as a currency until 1933, and at the time cannibalism was also still widely practiced on the islands.

160. Paraguay
It is still legal for people in Paraguay to duel, but they have to be registered blood donors and commence their duel with medical staff on standby. The country has the largest navy of any land-locked country in the world.

161. People’s Democratic Republic of Lao
The country also known as ‘Laos’, has been dubbed the ‘World’s Most Bombed Country’ as over two billion tons of bombs were dropped in this region during the Vietnam War. Travelling in Laos is quite a breeze as visitors can pay in Lao kip, Thai bahts and US dollars.

162. Peru
If you like your agriculture, you’ll be fascinated by the various colours of corn found in the country – including purple, yellow, white and black – there are 55 varieties to choose from. In 1964, Peru was host to the world’s most deadly football riot, in which an unpopular decision by a ref lead to the death of 300 fans and left 500 injured.

163. Philippines
Biologists and animal lovers alike absolutely adore the Philippines for its rich biodiversity. In fact, the country has the highest rate of discovery of new animal species in the world. Its current president, Benigno Aquino III, is a bachelor.

164. Pitcairn Islands
This group of islands actually includes three other islands called Henderson, Ducie and Oeno, but since they are all uninhabited, the territory is merely known as Pitcairn Island. It is a British Overseas Territory, but its nearest administrative headquarters is located in New Zealand.

165. Poland
Poland is home to Europe’s last ancient forest, called Bialowieza Primeval Forest, a 150 000 hectare area which is also home to 800 European bison. The Polish astronomer, Nicolaus Copernicus, was the first person to propose that the earth is not the centre of the universe.

166. Portugal
Portugal is the oldest nation-state (country) in the world, since it is the only country in the world to have its borders remain the same since 1139. The longest bridge in Europe can be found in this country; the Vasco da Gama Bridge in Lisbon is a whopping 17 km long.

167. Puerto Rico
Puerto Rico, which is actually a US state territory, is home to the largest telescope, called the Arecibo Observatory, in the world. Although the currency is officially the US dollar, many people refer to it as the peso. The most popular sports on the islands are basketball, volleyball and boxing.

168. Qatar
Many people flock to Qatar for its lax tax rules – as tax is generally not levied at all. This, of course, also affects the cost of living – citizens receive free electricity, water and phone lines and petrol is incredibly cheap.

169. Republic of Congo
The Republic of Congo used to be known as ‘Middle Congo’ and is also sometimes referred to by its capital city, Brazzaville. It is a poor country, although it received a much-needed boost in the 1960s with the discovery of oil fields.

171. Republic of Macedonia
Ohrid Lake in Macedonia is one of the oldest and deepest lakes in Europe and the world. It is 4 million years old, 288 m deep and was declared a UNESCO World Heritage site in 1979. The country gained its independence through a peaceful process in 1991.

172. Republic of Moldova
Moldovans are known as some of the heaviest drinkers in the world – and they don’t really care what you drink, as long as you drink! The territory called Transnistria declared itself independent in 1990, the only problem is that no country in the UN recognises Transnistria as an independent country. That doesn’t matter to Transnistria, though, as you will need a passport to cross the borders from Moldovia.

173. Reunion Island
Reunion is one of the youngest islands in the world. It’s estimated that the island only broke the Indian Ocean surface approximately 3 million years ago. It is one of the 26 overseas departments of France.

175. Russian Federation
Ever heard of mail-order brides? Well, there’s a reason for that, as Russia has 9 million more women than men, making it a bit hard for women to find suitors. In 1867, the U.S.A purchased the territory called Alaska from Russia for amere US$7.2 million.

That’s it for this week’s edition of around the world in 235 facts. Check in again next week where we’ll cover some of your favourite country trivia.