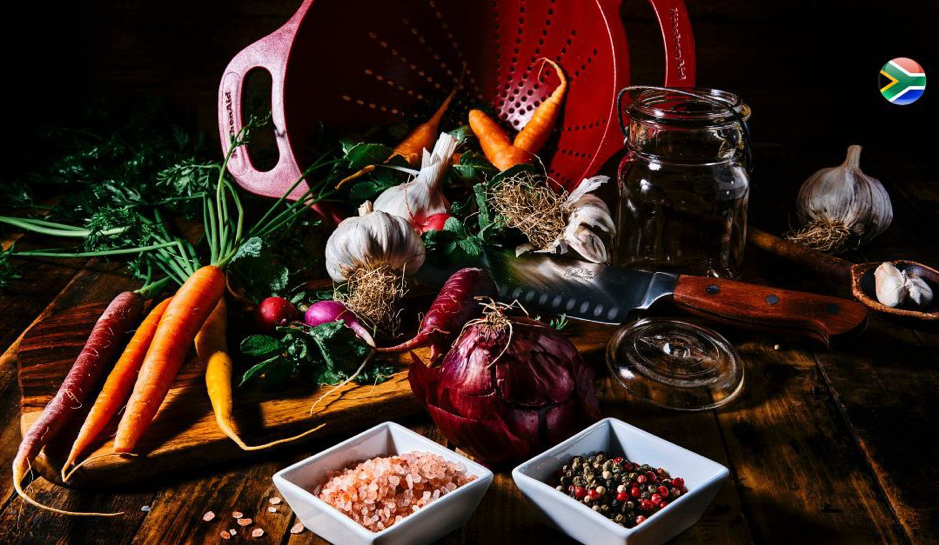 While pickled fish can’t be considered a staple part of South African food, it’s still an important part of our culture as South Africans. Many would say that no Easter celebration is complete without it. It is a large part of what makes up our unique heritage. Pickled fish is available to us year-round, ready-made in stores, but can anything beat the homemade version? Definitely not! You know where we’re going with this, don’t you? There’s a recipe in this for you!

Why pickled fish means so much to people

As with many things concerning Cape Malay cuisine, pickled fish is a spicy yet mild and tangy dish that you can quite aptly describe as delish! It means many different things to many people, depending on their backgrounds. For some, pickled fish is a religious dish eaten at Easter and a dish to reflect on their heritage. It’s famously known for having a fantastic marriage with hot cross buns – strange as that may seem (try it, you won’t be disappointed!)

Originally, pickled fish was created by fishermen to make fish last longer, but it soon became a staple of Easter foods early in the era of the Dutch East India days. So how does it tie into religious beliefs? Some say it is a sacred symbol of Jesus being offered vinegar at the crucifixion.

When making pickled fish, some people use hake, and others use snoek. Either way, it’s a delicious treat for the whole family to enjoy – as long as it’s made with love.

Is pickled fish popular with the rest of the world?

The answer is yes; pickled fish is indeed popular all around the globe. There are many different ways to prepare pickled fish, though none quite as enticing as our South African way!

For example, the Japanese have a variation of pickled fish they call “Shime Saba”. Shime Saba is prepared with few ingredients and quite easy to make. It consists of fresh mackerel, pickled in a simple rice wine vinegar and salt mixture. It can be enjoyed on its own or as part of a meal such as sushi. There is no cooking involved. It is completely raw, unlike typical South African pickled fish recipes, which require you to cook the fish before placing it in the pickling solution – a relief for those who don’t like sushi, for sure!

Pickled herring is another variation of pickled fish enjoyed in various European countries and Japan. Pickled herring (sometimes called roll mops) preparations include, but are not limited to the following:

Soused herring: Soused herring is typically made with young, immature herrings. The process for preparing it is incredibly simple. You simply salt the fish and then leave it to mature for a few days, preferably in an oak barrel, but you can use any container of your liking if you don’t happen to have an oak barrel lying around.

The roll mop version is fillets rolled around onions or gherkins and skewered with a toothpick.

Pickled herring, especially brined herring, is very popular in Russia and Ukraine. It is served diced into pieces and seasoned with onions, sunflower oil, or as part of salads such as dressed herring.

Brined herring is also quite common in Ashkenazi Jewish cuisine, best known for Vorschmack salad or chopped herring in simple English. It is also known as schmaltz herring in Yiddish.

Pickled herring is also found in the Hokkaido cuisine in Japan, where families preserve large quantities for the winter months.

In Canada, pickled herring is served with onions in a dish called “Solomon Gundy,” which shares a name with a pickled fish pate popular in Jamaica.

Pickled herring can also be found in Germany under the name of “Bismarck herring,” which is the common name among locals. However, nobody knows why it is associated with Bismarck, and many different theories surround its name.

Now that you’ve got the scoop on the various versions of pickled fish, let’s get to work making pickled fish the Saffa way.

There are many different South African pickled fish recipes out there, so we’re sharing our very own recipe with our unique twist!

• In a large saucepan, heat 1 tablespoon of oil over medium heat. Once hot, lightly fry the onions until they are translucent, roughly 10 to 15 minutes.
• Add the spices, garlic and ginger into the pan and cook for another 5 minutes.
• Add your sugar and vinegar and stir until all the sugar has dissolved. Simmer for 25 minutes. While that’s busy, lightly dust your fish with the flour.
• Heat the remaining oil in a frying pan and fry the fish until golden brown but still tender.
• Add a layer of fish into a deep glass container (or any container of your liking) and cover it with some of the hot sauce. Repeat until all the fish and sauce are finished. Leave to cool at room temperature and then cool in the fridge until you’re ready to eat.

Here at FinGlobal, we tailor our advice to suit your emigration needs. Our guidance and advice is available not only to South Africans abroad, but those in our homeland as well.
For clear, licensed counsel on retirement annuities, pension, FOREX, tax, monetary displacement and more, FinGlobal is the group for you. With over 10 years of industry experience, we endeavour to provide you with the right counsel. Contact us today to discuss all your immigration requirements.