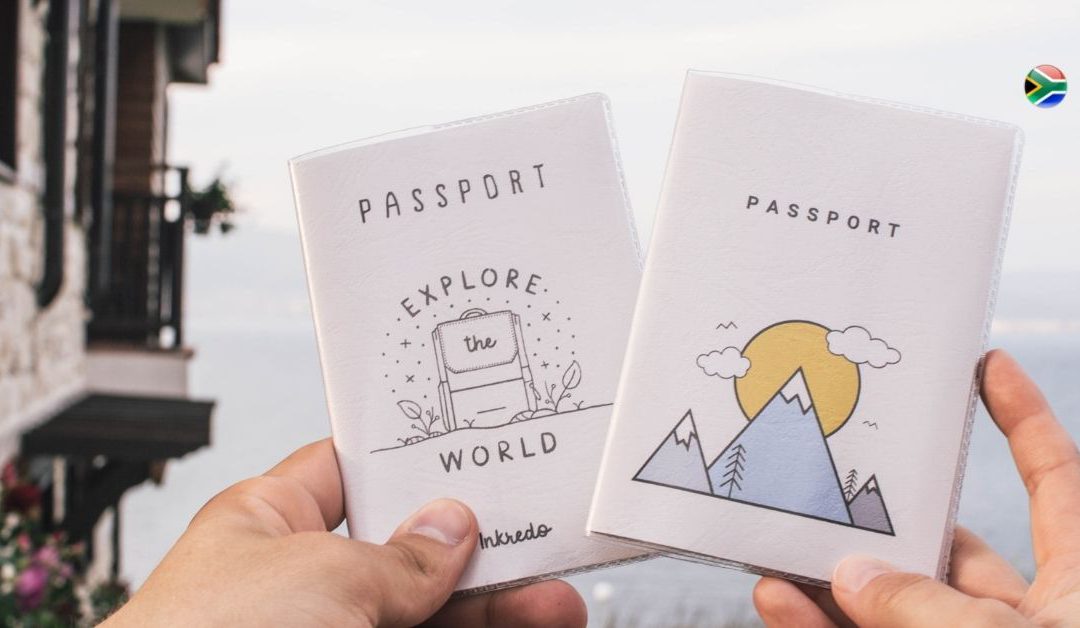 Just how invested are you in your country? As a South African citizen, are you here to stay? There is a question that many South Africans have been asking themselves over the past year. It comes as no real surprise that South Africans are re-examining their priorities after the Covid-19 pandemic hit the country.

The country, which already suffered a 30% unemployment rate prior to the pandemic, is more unstable (economically) than ever before. The financial strain of the pandemic coupled with general disgruntlement towards the government’s running of the country is reason enough for thousands of South Africans to exit the country each year – and this year it seems that more people than ever before have been making emigration enquiries too. There are undoubtedly good reasons for the average South African to consider leaving the homeland!

According to data released by global emigration consultancy Henley & Partners, there’s been a 48 percent increase in the number of South Africans emigrating permanently. In addition, a Boston Consulting Group and Career Junction study reveal that 59 percent of South Africans are open to working and living elsewhere despite the current global economic scenario. People who once had an “I’m staying” mindset when it comes to SA are now rethinking their dedication and commitment to a country that’s seemingly in decline.

Skilled workers head to other countries

Immigrating to another country may be a positive thing for people looking for more opportunities and safety, but what does it mean for South Africa? What does it mean for the people left behind? A significant negative aspect of the emigration trend is that South Africa is in dire need of skilled workers in the post-Covid economy. As part of a draft list of critical skills published in February, the Department of Home Affairs highlighted those currently in short supply. General practitioners, nurses, pharmacists, farm managers, IT engineers, and data scientists are only a fraction of the skills the government believes are needed to recover in the near future.

Ironically, the very skilled people South Africa’s government is hoping to retain are the people exiting the country in droves. Among those looking to leave South Africa as soon as Covid-19 restrictions are lifted are doctors, lawyers, engineers, farmers and young graduates hoping for better employment and economic stability. As remote work gained traction in 2020 and people started finding innovative ways to work from home, more South Africans realised that opportunity to run their own businesses and freelance abroad became a viable option. Also, several of the country’s richest people have located their homes abroad in recent months.

Second passports make it easier for South Africans to leave

With South Africa seemingly lagging behind when it comes to vaccine plans and a “way out” of the pandemic, more people are looking for alternative options. Citizens of the country have realised the weakness of the South African passport and have started researching their options for a second passport. Having a foreign passport enables South Africans to exit the country at the drop of a hat, but may also ensure health and safety by ensuring access to services, such as vaccines! Top second passport options for South Africans include UK, Australia, and New Zealand. And now that countries are opening their doors to freelancers with special visas that have emerged since Covid-19, it’s going to be hard to keep South Africans “at home.”

With more than 1.5 million cases reported in mid-March, the coronavirus pandemic hurt South Africa’s economy and left millions unemployed. Lockdown conditions spurred those who had been considering leaving South Africa to do so sooner than anticipated. It is expected that when international travel is back on the cards for South Africans, many thousands will make their escape.

TravelNews reported that emigration bookings represent the most significant percentage of travel agents’ business despite sluggish tourism numbers caused by the pandemic.

Some of the most popular destinations for South Africans include Portugal, Mauritius, the UK, Ireland, Australia, Montenegro, New Zealand, Singapore and Santa Lucia. In addition to increasing cases of Covid-19, ensuring global security has become somewhat challenging. The challenge has prompted several new travel restrictions and regulations making it difficult for South African immigrants to carry out their exit plans. Those who possess a second passport have greater flexibility in moving ahead with their relocation plans since they will not be prevented from entering certain countries, but those who are still waiting on visas can only do one thing: wait.

More reasons for South Africans to leave the country

South Africa has been showing signs of collapse in both the private and government sector for several years.  The possible nationalisation of the health care system and the Reserve Bank provide the South African public with a fresh set of worries. With skilled workers exiting the country, one glaring problem comes to light: South Africa’s already small tax base is shrinking exponentially. This is made evident in a quote from Jean du Toi of Tax Consulting SA where he says “In terms of the 2020 Budget Review, roughly 90 per cent of the income tax payable by individuals is paid by the middle-class and above. This puts the result of the survey into perspective; in a three-year period, our personal income tax base appears to have more or less halved, and it is likely that a large chunk of that reduction occurred after February 2020,” he said.

If you too are thinking about leaving the country as soon as the Covid-19 restrictions are lifted, it’s best to start doing your homework now. Finding out more about the emigration process and ensuring that you’re aware of your tax and financial obligations both in SA and abroad are imperative to a smooth and hassle-free emigration process. At FinGlobal, our team of knowledgeable and dedicated consultants provide premium advice and guidance on all things tax and financial emigration related. To discuss your needs and requirements, get in touch with us. You can give us a call onor email us at info@finglobal.com. We look forward to assisting you!