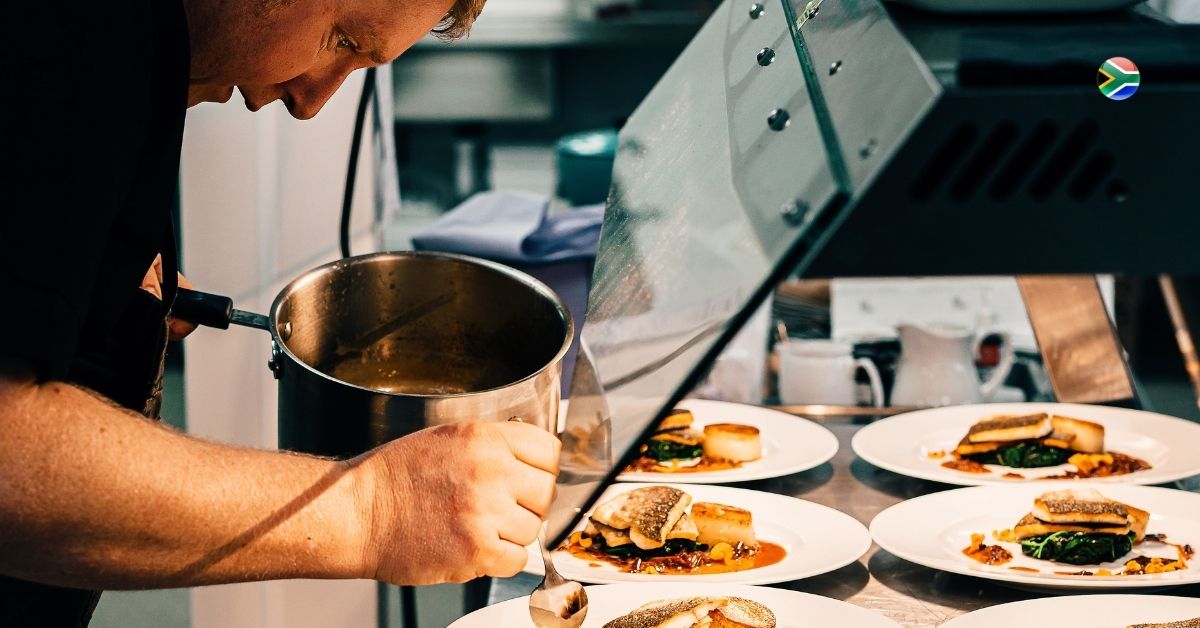 Most people think of South Africa and automatically assume that the nation is all about pap en vleis, but that’s just not true. As a versatile nation, it appears that we’re just as into our Surf and Turf as we are into our braaivleis, pap, and biltong! One thing is for sure, South African Surf and turf recipes don’t get nearly as much hullabaloo as they deserve…until today that is. We’re about to sing the praises of the best Surf and Turf recipes doing the rounds in our local communities (and abroad mind you).

What is Surf & Turf?

You probably already know this, but let’s take a quick look at what Surf and Turf is. Surf and Turf is a little bit of land and sea combined on one plate. It’s a combination of steak (turf) and seafood (surf), usually prawns, calamari, and mussels in South Africa. Overseas, the surf can include shrimp and lobster.

The dish originally hails from America where it was popular among the rich, who used to eat at “show restaurants” that was called Lobster Palaces, in the 19th Century. It was vastly popular until the early 1920s when it suddenly became unfashionable. It later became a hit again in the 1960s, when it was mentioned in the Los Angeles Times.

If Gordon Ramsay says it’s good and tasty, it must be, right?! Below is a Surf and Turf recipe, compliments of Gordon Ramsay, that you can South Africanise at home.

How to prepare the meat (turf):

How to prepare the seasoning mix:

How to prepare the seafood:

How to prepare the vegetables:

Of course, Gordon Ramsay knows what he is doing, but in South Africa, we simply do things differently. This is by far the best Surf and Turf recipe to try, but there are ways that you can South Africanize it a bit. Below are a few notes on how you can do that.

These are just a few things you can do that will make the dish a little more South African.

A popular Surf and Turf sauce in South Africa is undoubtedly creamy mushroom sauce. Here’s how to whip one up in a jiffy, to accompany your Surf and Turf dish.

At FinGlobal, we take the guesswork out of the process and ensure that our clients are well-informed and prepared for the processes involved. Whether you need to chat about your tax and financial emigration or wish to learn more about the intricacies of withdrawing your retirement annuity savings, we’re well versed in all related topics and readily available to help.

For more advice and guidance, simply contact us today.