Top 5 South African dessert recipes you can make at home

Top 5 South African dessert recipes you can make at home 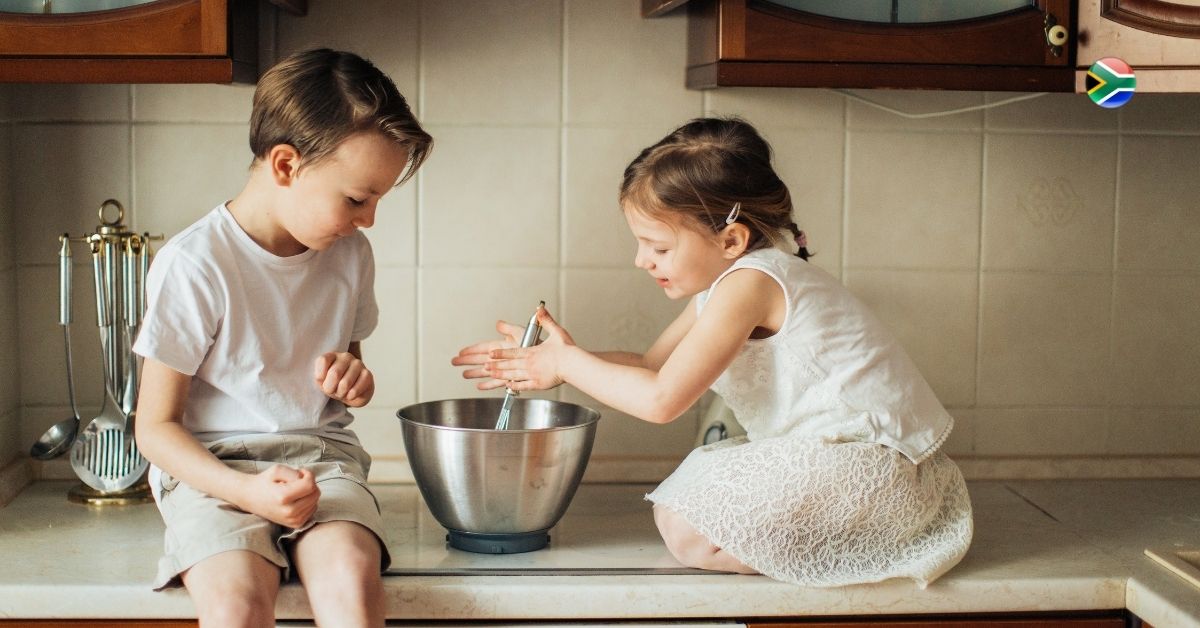 If there’s one thing South Africans are crazy about, it’s their desserts. It’s not a braai or a Sunday lunch or a family gathering if it’s not topped off with a sweet treat. Everyone has fond memories of their mom’s peppermint crisp tart, or their aunty’s koeksisters, so we’ve put together a few classic dessert recipes sure to get your mouth watering for a taste of home!

In no particular order, because everyone has their favourite favourite, and arguing about ranking is a pointless exercise when you could be making these simple, hearty South African recipes in your own kitchen.

With its origins shrouded in mystery, malva pudding ticks all the right boxes for dessert lovers – it’s warm, it’s gooey, it’s sweet and there’s just something about that taste that takes you straight back home.

Known for its light, fluffy finish, malva pudding contains apricot jam and has a spongy caramelised texture. It gets its rich sweetness from the cream sauce that is poured over it while hot out of the oven and served best hot with custard or ice cream.

When last did you have malva pudding? Make it yourself with this recipe from Huletts Sugar

A traditional Afrikaans sweet treat made with fried dough infused in cold syrup or honey,  the koeksister gets its name from the the Dutch word “koek”, which means a flour-based confectionary, while “sister” refers to an old tradition that  spoke of two sisters plaiting their dough together and dunking them in syrup to create an unforgettable dessert.

Koeksisters are made by deep frying plaited dough strips and then submerging the hot dough cakes into ice cold sugar syrup. The result? A golden, crispy, gooey crust with a liquid syrup centre…and all that’s left when you’re finished is sticky fingers and a sweet aftertaste of honey.

Make it yourself with the koeksisters recipe from Masterchef SA.

Does a dessert get more South African than Peppermint Crisp Tart?

It’s one of South Africa’s signature, most beloved chocolates. The Peppermint Crisp was invented in the 1960s and it’s basically in our DNA now. It’s a milk chocolate bar packed with hollow thin cylinders of mint-flavoured ‘cracknel’  that made it a popular topping for baking and desserts.

Peppermint Crisp Tart is an easy no-bake fridge tart that’s had South Africans lining up for second helpings for as long as we can remember.

That smell of cinnamon that says….. mmmmm…. milk tart!

This South African staple dessert is said to have its origins in the 17th century Dutch Cape Colony. Settlers tweaked the recipe from a Dutch favourite, known as mattentaart, which is a dessert with a cheesecake-like consistency and first included in a cookbook in 1514 called Een Notabel Boexcken Van Cokeryen (A Notable Book of Cookery) which was published by Thomas van der Noot, an author from a wealthy Brussels family credited with printing the first Dutch cookbook.

How would you describe milk tart to someone who’s never tasted it before? It’s like a creamy, rich, milky, fluffy pie. Something like a custard pie, but more delicate and with a stronger milkier flavour. It’s melt-in-your mouth sweet pastry, combined with pungent cinnamon and a sweet, wobbly filling. What’s not to like?

It sounds weird, but it’s totally delicious. It’s Cremora Tart. What is Cremora? It’s a South African coffee creamer that was invented in the 1960s.

A quick, no-fail, flop proof recipe, Cremora Tart brings together Tennis biscuits (a crisp coconut cookie) with condensed milk (a thick, runny sweet substance) and combines it with a bite of lemon and the creaminess of Cremora. Enough said, you have to try it to believe it.

We know what South Africans like. That’s why we offer a full suite of financial services that tick all the right boxes: speed, convenience, expertise, confidentiality and value for money with a 100% success rate in everything we do.

What can we help you with?

To find out how FinGlobal can make light work of your cross-border financial requirements, get in touch today!