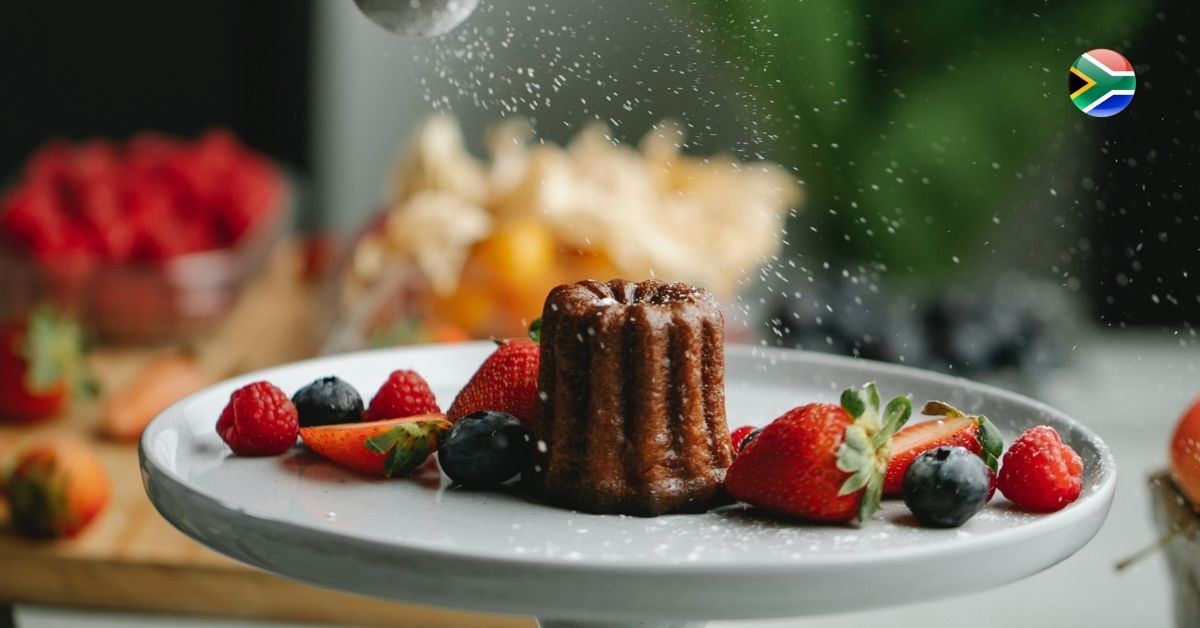 If you are a KWV brandy fan, you have probably never dreamt of wasting even a drop of it, but what if you were told that you could savour the very same flavour in a delectable dessert? Would you take a chance and offer up just a few shots to try it out? If you are scared to sacrifice a few shots of brandy in your glass to whip up into a dessert, you’re going to miss out on a real treat! That’s because KWV brandy is proudly featured in a popular South African dessert recipe. Yup, you guessed it! We are talking about none other than brandy pudding South Africa, also rather fondly referred to as “tipsy tart” or locally called Cape Brandy Pudding (especially by older generations)!

If you do a bit of digging into the history of brandy pudding in South Africa, you will find that the recipe features spicy flavours that imply Malaysian influence. There is no hard evidence of where the pudding originates from, but some believe that traders from the East used to bring dates into the country, which were then used in baking breads and cakes. If you consider what a brandy pudding essentially is, it is a date and nut cake that is drenched in brandy-based syrup. This could have been the reason why the syrup was made in the first place…to wet a fairly dry pudding/cake. That being said, the history books don’t tell us enough about the origins of this brandy-based pudding to come up with a definitive answer about its exact history.

If you love brandy and dessert, why not combine the two?! A KWV brandy pudding does exactly that and it’s with absolute certainty that we can tell you, it will not disappoint. By following this simple South African dessert recipe, you will soon be enjoying the melt-in-your-mouth delectability of a traditional Saffa tipsy tart, complete with the rich, smooth, classy flavour of your favourite KWV brandy! What could be better than eating and drinking your favourite treat? Quite the extravagant treat, don’t you think? If you are keen to get started, waste no more time – let’s get to work!

What You Need for the Cake:

What You Need for the Syrup:

Method to Make the Cake:

It’s fairly easy to make a KWV Brandy Pudding. These simple instructions will get you on your way.

Method to Make the Syrup

While the cake is baking in the oven, you can work on making the syrup. The syrup is what gives a brandy pudding its smooth and delectable flavour. Here’s what to do:

For a bit of added ooh-la-la, top the pudding with a generous dollop of whipped cream (or almond/cashew cream).

Now, you officially have the secret to enjoying your KWV brandy in a completely different way to what you are used to. Most people enjoy KWV Brandy Pudding with a hot chocolate, cup of coffee or a spicy tea brew. Whichever way you choose to have it, there’s really only one thing left to say: enjoy!

Whip Your Emigration Finances into Shape with the Help of FinGlobal

While you are savouring spoonful after spoonful of delectable brandy pudding, take the time to consider the changing laws and regulations surrounding SA tax resident expats earning income outside of South Africa. With changes firmly set in place, South Africans living and working abroad, who are still considered tax residents of South Africa (they have not formally tax emigrated yet), should be taking steps to formally process their financial and tax emigration from the country. If you earn in excess of R1.2 million in foreign currency and have an employment contract, while still being a tax resident in SA, you may need to discuss the implications and your options with one of our knowledgeable consultants at FinGlobal.

To receive premier advice and guidance from qualified and experienced experts in the field, contact us at FinGlobal. We look forward to simplifying your expat finances for you.