By CK AdminDecember 23, 2020FinGlobal
No Comments 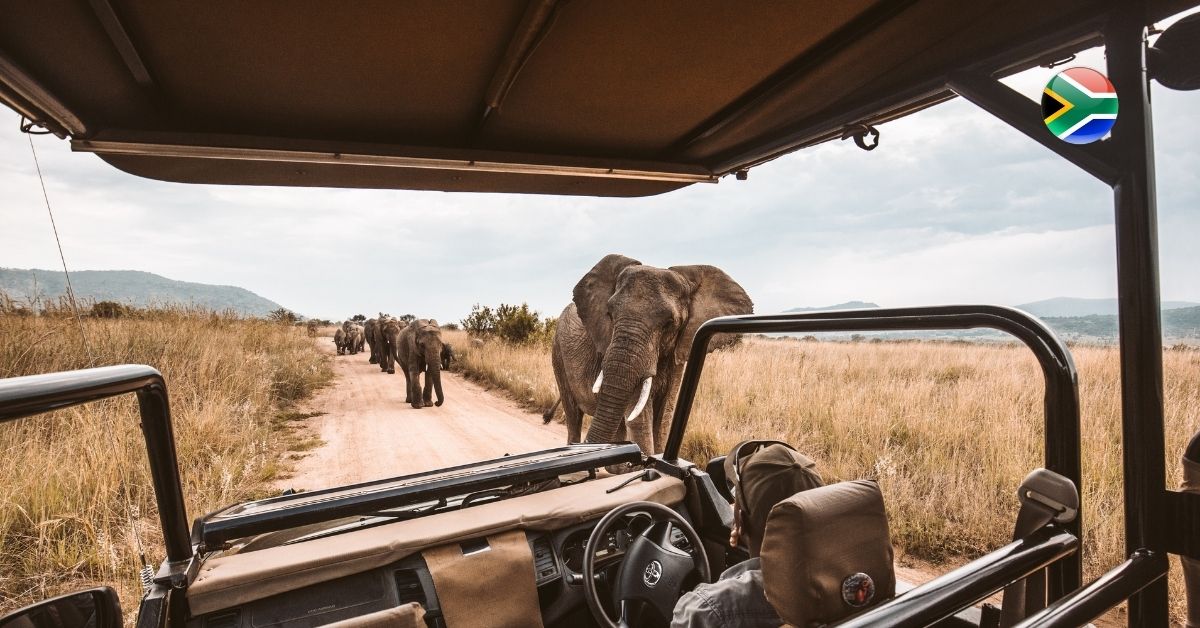 As a South African living abroad, one of the things you’re likely to miss most is the bushveld but if a sunrise safari was part of your travel plans this year, you don’t have to skip it just because it’s not advisable to travel internationally for the foreseeable future. What are we talking about? Taking a virtual safari. That’s right. Even though you’re stuck at home, you can still pack a flask, bundle up in warm clothes and enjoy a game drive in the wilderness. In fact, you could even do it every day. More than once a day! Why? Because there’s nothing like the sights and sounds of the African bush to soothe the psyche, so let’s check out some of the best augmented reality safari experiences together.

Homesick for the South African Bush? Take a Virtual Safari

What do we do when we can’t get outdoors to the bush? We bring the bush indoors to us! With Covid-19 travel restrictions, everyone has been forced to be creative when it comes to how they enjoy the activities they love the most. Bush safaris are no different.

Safari tour operators took their game drive offering to the next level during lockdown, broadcasting their safaris live online – offering people a chance to be tourists from the comfort (and safety) of their Internet connections.

So if you’re hungry for a taste of the bush, here are some of the best South African virtual safari tours we’ve put together for your digital consumption.

Fancy a safari in a two-billion-year old volcano? You’ve found it! Kwa Maritane, means “Place of the Rock,” and it occupies an unparalleled position on the slopes of an ancient volcano within Pilanesberg National Park in South Africa. This park is the unlikely meeting place of two major biomes that brings together the Kalahari desert with the lowveld habitat. This unique pairing of habitats offers the opportunity to spot more than 7,000 animals and more than 360 different bird species.

This region is also home to the Big Five, as well as nearly all of the animal species native to southern Africa including wild dog, Roan, Tsessebe, Sable antelope and giraffes. With more than 290km of road in the park, it’s guaranteed that no two virtual safaris you take will be the same!

It’s been around since 1983 and it’s best known for having over 200 of the world’s largest elephants. Home to one of the last remaining indigenous herds, there are even a few grand old tuskers (which means their tusks weigh more than 45kgs each!) at Tembe Elephant Park in KwaZulu Natal. Tembe is situated on  30,000 hectares of land which belongs to the Tembe tribe – the ancestral custodians of the region.  The chief, Nkosi Mzimba Tembe donated the land for the purpose of wildlife conservation.

While this reserve specialises in elephant conservation and sightings, Tembe is also home to the Big Five and 340 bird species, all living in three key ecosystems – savanna, sand forest, and swamp. What can you look forward to seeing here? Elephants and lions aplenty, plus the opportunity to spot African wild dogs, the rare suni, rhinos, leopards, and vultures.

Other great virtual African safari experiences you should check out if you need a nature-fix:

We might not be expert game rangers or virtual safari tour guides, but we are cross-border financial services experts. At FinGlobal, we can walk you through:

To discuss how we can be of assistance with your cross-border financial requirements, leave us your contact details and we’ll be in touch!

Get a FREE and no obligation financial emigration quote!