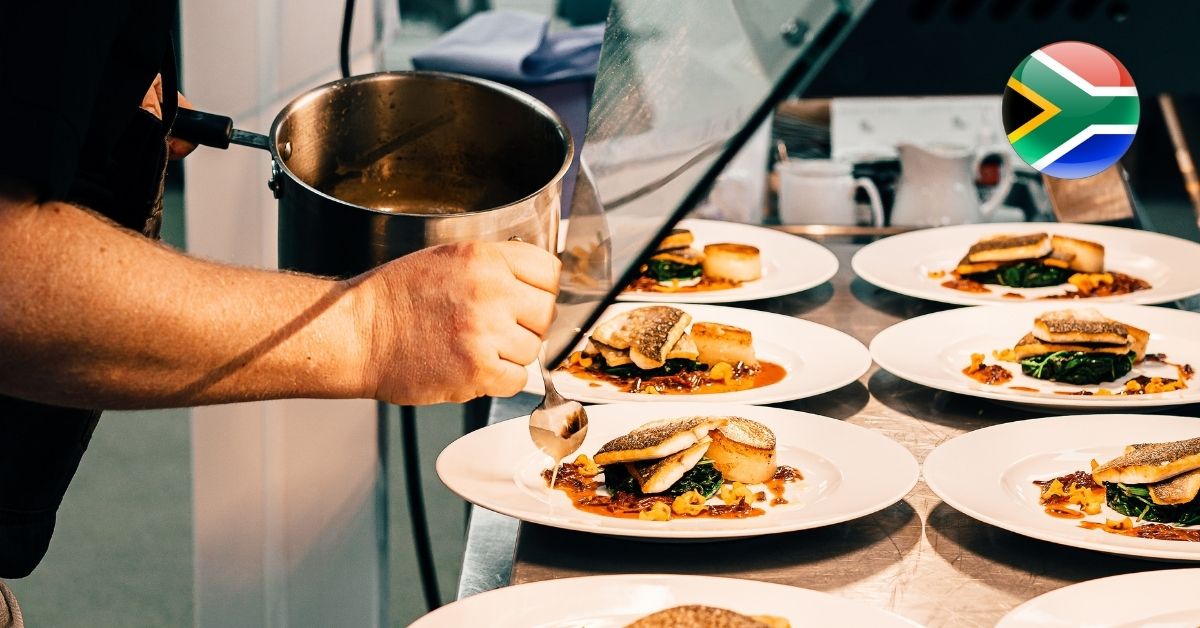 From average South African homes, complete with Sunday lunches and afternoon braais, great South African chefs have been born. These chefs have tantalized our taste buds, got us trying our own hand at some great dishes, and had us glued to our seats as we watched their popular cooking TV shows. Let’s give the top chefs in South Africa the praise they so rightly deserve…

It’s no secret that Saffas love to eat. We’re into food of all varieties, from snacks to five course meals. And as it turns out, there’s a South African twist ready to be unleashed on just about every famous dish ever made across the globe. And it’s thanks to our very own homegrown SA chefs that we have had the opportunity to chow down on some of the delectable dishes that we have over the years.

Which top chefs in South Africa are worthy of mention? Well, first and foremost, there are so many to choose from, but if we have to do a role call of our favourites, the list will undoubtedly include top names such as Nataniëll, Jan Braai, Luke Dale Roberts, Bertus Basson, and Jenny Morris. In fact, let’s get to know a little more about these talented South African cooks.

Nataniël le Roux is a South African entertainer of note.Hailing from the quaint town of Grahamstown, he is not only a singer and songwriter, but is a best-selling author too. Most people think of Nataniël and immediately think of his solo stage act which aired on television in South Africa as “Nataniël”, but there’s so much more to him than that. Nataniël is also a highly skilled and talented chef. Nataniël’s cooking show, which aired on kykNET was called Die Nataniël Tafel. Itstarted in 2012 and ran for 5 seasons, ending in 2014.

Jan Braai, born and bred in Stellenbosch, is a chef that needs no introduction to the South African public. His real name is Jan Scannell and he is the one behind the National Braai Day initiative, which was started up in 2007. Not only does he live to braai, but he authored 4 best-selling books all about braai which are translated into a number of languages and sell overseas. His books are called Braai, Fireworks, Red Hot, and The Vegetarian Option. It’s safe to say that Jan Braai is a big hit in South Africa and abroad, proven by his immensely popular TV show called Jan Braai vir Erfenis, which already has 10 seasons behind it. While Jan Braai lives to cook on an open fire, he seems to be talented in other ways too. Want to see for yourself? Check out his column in Beeld.

First and foremost, it’s good to mention that while Luke Dale Roberts is a big name in the foodie world in South Africa, he is actually not a born and bred South African. He was born in the United Kingdom and did his chef training in Europe before moving to South African in 2006. Anyone who wants to taste what all the fuss about Luke Dale Roberts is, only needs to pop down to The Test Kitchen, TTK Origins, Salsify, or Potluck Club – all located in the Western Cape. Bookings for his restaurants can be done via his website. Here is where Luke Dale Roberts serves his award-winning dishes. Luke authors the Woolworths Taste Magazine, so that’s a great place to start if you want a sneak peak at the type of dishes that he crafts.

Bertus Basson, another famous chef from Stellenbosch, is a favourite in South Africa. He is best known for his position as head chef of Overture in Stellenbosch, but also earns himself great admiration as a restaurateur, TV personality, and entrepreneur. You might have even seen him on the Ultimate Braai Master show on SABC 3 for seasons 1 to 4, where he was a judge. He also featured in a Top Billing episode and a talk show called Expresso. It almost seems as if Bertus Basson’s entire life was geared towards finding his passion and calling to be a chef. As a child, it is said that he loved helping his mother in the kitchen. As a teen he worked as a waiter and Spur and took an interest in culinary arts. At the age of 19 years old he ventured to London to work at Chez Bruce, a Michelin star rated restaurant, where he gleaned a lot of experience. In 2005 he started his own catering company called All Things Culinary and just 2 years later was awarded Unilever Chef of the Year, leading him to the opening of his first restaurant, Overture.

Jenny Morris aka “The Giggling Gourmet” is a product of Durban, South Africa. While her celebrity chef status is somewhat immense, she is also known as a  popular radio personality. Most South African foodies know Jenny from the 2 series she hosted for the Food Network, called Jenny Morris Cooks Morocco and Jenny Morris Cooks the Riviera. She also starred as a judge on Chopped South Africa which is a popular culinary game show. Jenny was set to follow a career in cooking from the moment she opened her cooking school and catering company called Cook’s Playground in 1997. She has since authored  a variety of sought-after cook books called Rude Food, Nude Food, Good Food in 2004, More Rude Food in 2006, Cooking with Jenny Morris in 2012, and Taste the World with Jenny Morris in 2013. Most recently she has opened a food academy called Jenny and Reza’s Fabulous Food Academy with friend and fellow Food Network celebrity, Reza Mahammad. If you want to get a taste of Jenny’s delectable dishes, head to her restaurant, Yumcious, which first opened in 2015.

Get a Taste of Great Financial Emigration Services at FinGlobal

You’re undoubtedly in the mood to get a taste of a delicious signature dish from one of South Africa’s top chefs and you definitely should! One thing to note is that food is not the only thing that will leave a good taste in your mouth. You’ll find that excellent service is much the same, or even better than a delectable meal – and that’s exactly what you will get at FinGlobal. At FinGlobal we consider ourselves fine chefs of all things financial emigration related. Trust us to create a financial and tax emigration plan that’s seamless and well-suited to your needs, with professionalism and efficiency. We provide premier advice and guidance to South African expats across the globe and look forward to assisting you with your emigration too. For more information and advice, simply get in touch with us. Give us a call or send us an email today.