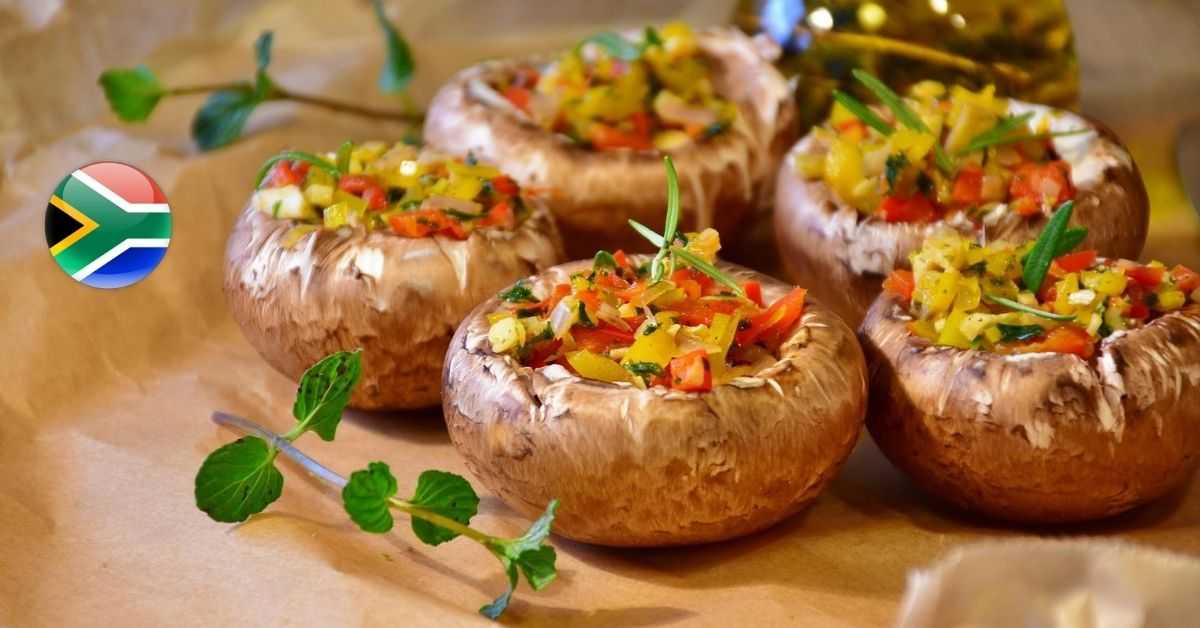 Ah, the good old fashioned braai mushroom! We’ve all have a taste of one of these at some point in our South African lives, but how do we recreate the same mouthwatering taste, time and again? Many might say that a braai mushroom can be “hit and miss”. Sometimes they come out delicious and other times they are simply watery and average. What’s the secret? They secret is a fail-proof recipe!

The History of Stuffed Mushrooms

It was in France in the 19th Century where mushrooms were first promoted and cultivated for consumption. It seemed bizarre back then but over time, it simply became the norm. Back in those days, nothing too fancy was done with the mushroom. It was simply eaten or cooked and eaten…until the Italians got creative. It is said that in the 19th and early 20th Century, Italian foodies started stuffing mushrooms much like they did zucchini, at that time. And so who do we owe thanks to for our version of the stuffed mushroom? The Italians of course!

Braai Stuffed Mushrooms for Everyone!

The good news is that there is a stuffed mushroom recipe for all types of South Africans. And it doesn’t matter where in the world you are, you should be able to easily gather everything you need from your local grocery store to make mushrooms on the braai. We are going to share with you 3 types of mushroom braai side dishes that can be incorporated into any braai spread! Below is a stuffed braai mushroom recipe for everyone – simply take your pick.

This is a South African braai recipe known as a favourite to many meat eaters.

Vegan braai mushrooms are probably the tastiest of all the stuffed mushrooms for the braai, although they do take a little more effort. Below is our favourite recipe.

When leaving South Africa, you might feel like your are in a flat spin trying to get things done. You might become so overwhelmed that it feels like you’re trying to whip up a gourmet dish without ever having looked at the recipe. The good news is that FinGlobal has the “recipe” you need, to get you from South Africa to your new home country, with minimal financial hurdles to hop over. Our focus areas are varied, meaning that we can assist you with your financial and tax emigration as well as other things such as retrieving the money in your South African retirement annuity, understanding tax in the new country, and even foreign exchange. You have undoubtedly got a lot of questions you would like answered and we would love to assist. For more information, simply get in touch. Give us a call or send us an email at FinGlobal today.