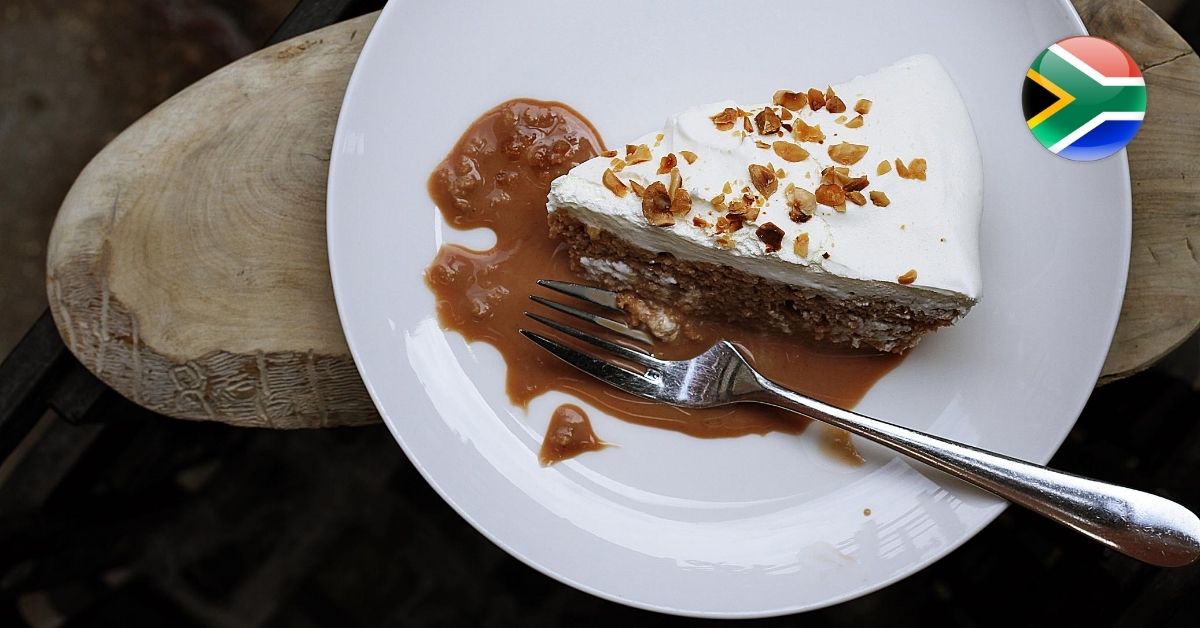 Do you want to experience a truly sensational taste of Africa simply melt in your mouth? Amarula cheesecake is the way to go. In fact, millions of South Africans call this type of cheesecake their absolute favourite treat!  If you’re already living and working oversees, you’re probably already missing easily accessible Amarula and what better way to enjoy it than to grab a bottle of it and transform it into a lipsmackingly delicious cheesecake?!

Before we do the honours of sharing our favourite Amarula cake recipe with you, let’s take a look at what Amarula is and its history in South Africa.

The big question that begs to be answered is “what is Amarula”? Amarula is a sheer delight for the senses, that’s what! Amarula is a cream liqueur that originates in South Africa. What’s different about it is that it’s not made from a whiskey or brandy base like other liqueurs are. Instead, it is made from the Amarula fruit, which is distilled to make a unique fruit spirit base. The result is a liqueur that is sweet, creamy, and truly exotic. The popularity of Amarula is undeniable when you consider that it originates in little South Africa and is sold in over 100 countries! The spirit was first released in 1983 and has a fruity caramel taste – perfect for a luxurious creamy drink or to be included in a desert.

The Amarula tree, as you may already know, is a tree much loved across South Africa. The majority of these trees are found in KwaZulua Natal and Limpopo. The tree is also called The Marriage Tree or The Elephant Tree by locals. One of the most heart-warming things most South Africans know about these trees is that their fruit, which is irresistible to elephants, often falls and starts to ferment in the hot African bush. A tasty treat to a passing elephant which soon leads to hilarious drunken behaviour!

Let’s jump right into how to use Amarula cream in a cheesecake recipe! Once you get started on making this and realise just how easy it is, you will want to eat Amarula cheesecake every single day! A delectable treat awaits you!

Making Amarula cheesecake itself is quite simple. The hard part of an Amarula cake recipe is stopping yourself from drinking all the Amarula before you’ve included it in the desert! Let’s jump right in to gathering all the things you need.

That was a lot easier than you thought, wasn’t it?! Who knew that making a South African cheesecake with Amarula could be quite so easy? You can serve this delight at any time of the night and day. After all, who is going to complain about Amarula cheesecake for breakfast, lunch, dinner, or even a tea time snack?!

Amarula cheesecake is absolutely delicious on its own, but some do enjoy it with a dollop or two of vanilla ice cream or with a generous amount of custard. Eat your Amarula cheesecake your way – you deserve it!

Another thing that’s easier than expected for South Africans is experiencing a smooth financial and tax emigration process when leaving the country. Let’s talk about that for a bit…
At FinGlobal, we have assisted thousands of South Africans with their financial and tax emigration services. We have also assisted individuals with accessing funds in their South African retirement annuities after moving overseas. Whether you need a fully-provided service or just a bit of advice and guidance, the friendly consultants at FinGlobal are ready and willing to assist. For further assistance, simply get in touch with us. You can send us an email or give us a call at your convenience.