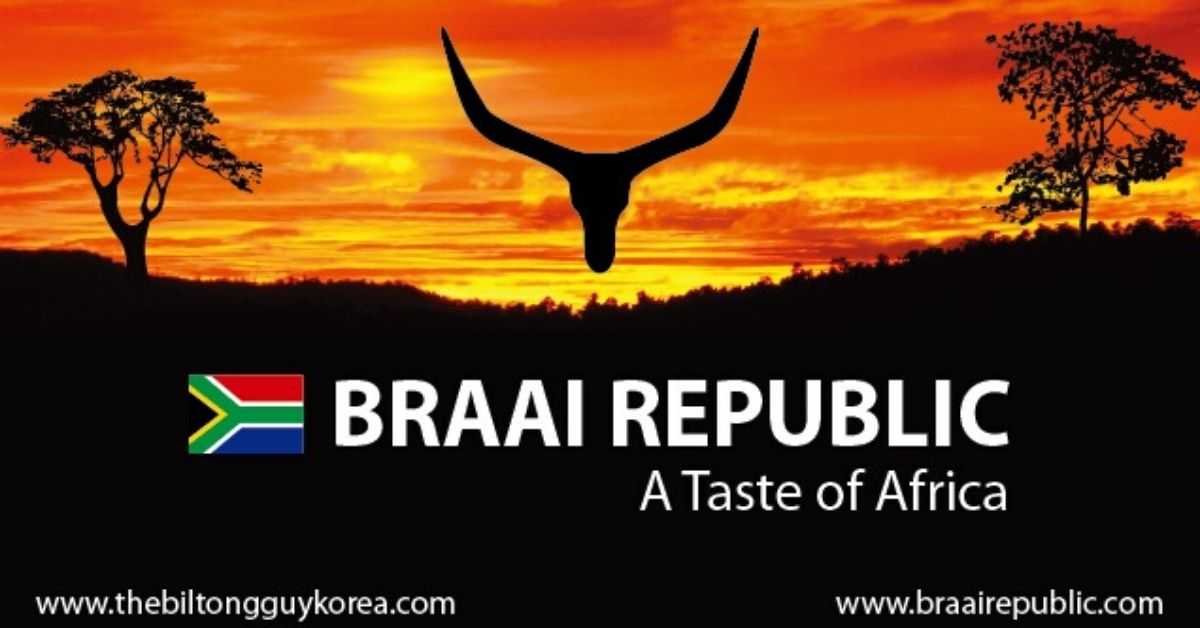 As a South African expat, just how often do you get to enjoy a braai…like the ones back home? We aren’t talking about a barbecue, but rather a traditional braai complete with wors, pap, rooster broodjies and the works! Chances are you don’t get to enjoy that too often. Did you know that if you travelled all the way to South Korea (maybe you even live there already and are in the perfect position to test out this theory), you will still be able to enjoy a good old fashioned South African braai? It sounds a bit farfetched, doesn’t it? Well, the reality is that it’s the truth…thanks to Braai Republic that is. Now you can enjoy a typical South Africa braai on distant shores. What a win!

If you are scratching your head wondering what Braai Republic is, prepare to be absolutely gobsmacked when you find out. It’s certainly not something that most people expect to see when living in or touring around South Korea. So what is Braai Republic? Let’s answer that question first. It’s a restaurant in Seoul, South Korea, dedicated to creating meaty South African meals for local meat-lovers and SA expats alike. It’s a place that emanates sheer South African vibes and as a result, it draws in a crowd of customers each and every week.

Braai Republic: Where South African’s in Korea Meet to Eat

Imagine living and working in Korea, a place that is in such contrast to South Africa, without your usual luxuries, connections, and comforts. Now imagine this…you know without a doubt that come dinner time, you can nip on down to the nearby restaurant and be somewhat transported right back to South Africa! That would be quite a sweet deal, wouldn’t it?! This is precisely what the Braai Republic restaurant serves to do for its fans and supporters. It’s almost other-worldly in that it offers a completely different culture while deep ensconced in Korean surroundings. There’s no denying it…Braai Republic is an absolute treat to South Africans and Koreans alike.

If you are an expat living in South Korea or planning a visit to the country, you’re probably itching to know more about Braai Republic! You’ve come to the right place…here’s everything you need to know.

Braai Republic Was Born in 2011

The restaurant itself was a concept born in South Korea in 2011 and has been thriving ever since. It’s the brain child of two dedicated South Africans on an international work adventure (teaching English). Braai Republic is not just another restaurant drawing tourists in. It is run by local South Africans who miss the taste of back home and wanted to spoil themselves, local Koreans, and visiting South Africans to a real treat: a braai.

The restaurant serves traditional South African food and focuses a great deal of attention on whipping up delectable signature dishes. One of the firm favourites is of course lamb chops, but the restaurant also features various sausages (boerewors) and even freshly-baked pies.

What Sets Braai Republic Apart from Other Restaurants

So, what makes Braai Republic truly special? Most people want to know what makes so many people sing the praises of this little South African restaurant so far away. For starters, it is headed up by two true South African guys, Chris and Roddy. Both Chris and Roddy headed over to Korea to teach English a number of years back and while they were finding their feet and settling in, they played rugby and cooked together. It wasn’t long before the duo was making their own biltong and boerewors…and of course, word of their tasty delicacies got out. Soon people were asking them to create their meaty treats for functions and events!

As their “side hustle” and somewhat unexpected business started taking off, the next step was obvious to Chris and Roddy…a South African restaurant that celebrates all that South Africa is. And the concept of Braai republic Itaewon was born.

What’s On the Braai Republic Menu?

What’s made the restaurant so popular is the people, the atmosphere and of course, the food. The Braai Republic menu is jam packed with South African treats such as lamb chops, pap and wors, boerewors, platters, and even a full on “boere brunch”. For those missing braai broodjies, you can get your fix at Braai Republic too! There seems to be a little something for everyone on this braai themed restaurant menu.

What’s made the restaurant so popular is the people, the atmosphere and of course, the food. The Braai Republic menu is jam packed with South African treats such as lamb chops, pap and wors, boerewors, platters, and even a full on “boere brunch”. For those missing braai broodjies, you can get your fix at Braai Republic too! There seems to be a little something for everyone on this braai themed restaurant menu.

At FinGlobal, our team has extensive experience in assisting South African expats with their financial and tax emigration. The team also assists individuals gain access to their retirement annuity funds back home in South Africa. We have helped countless SA expats cut through the red tape and confusion when leaving SA shores to live and work abroad. If you would like more advice and guidance, all you have to do is contact us. Simply send us an email or give us a call for your free and no obligation consultation and quote.