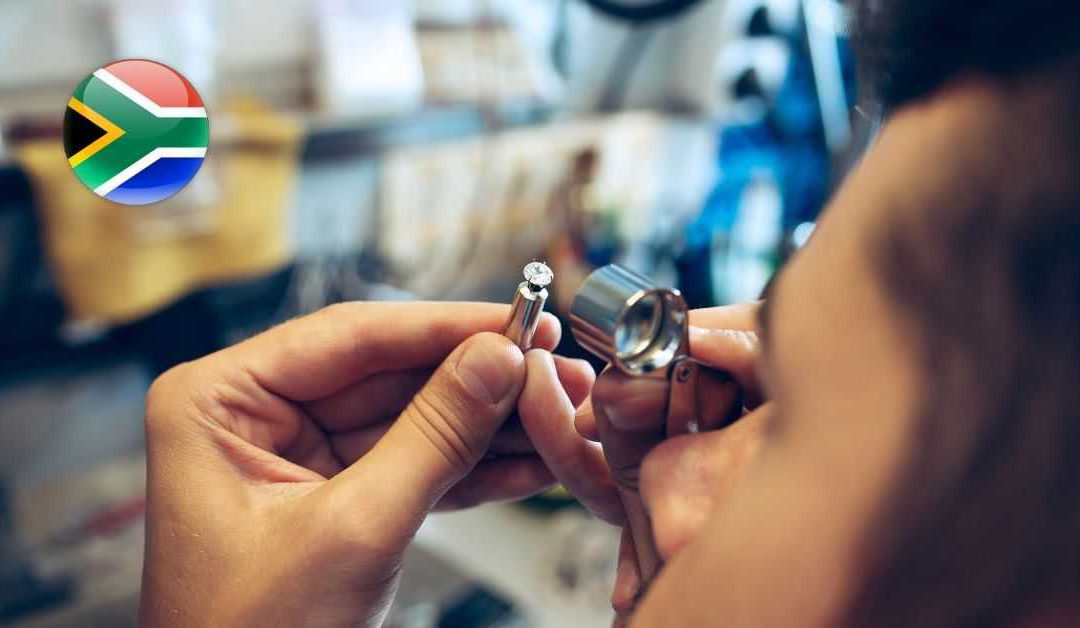 South Africa is famous for big, sparkling lumps of compressed coal. Ever since the first discovery in 1867 and the subsequent unearthing of the world’s largest (the Cullinan Diamond) in 1905, people have gone crazy for our diamonds, and Mike Botha is one such diamond-obsessed South African. With half a century of experience in the profession, this master diamond cutter is one of South Africa’s most famous exports. Let’s take a look at where and how it all began for Mike Botha.

Born in 1947 as Michiel Josias Botha this famous South African is one of the world’s most respected heavyweights in the design, cut and polish of diamonds. He began his career in South Africa under the tutelage of gemologist David du Plessis, and was awarded his cross-working apprenticeship in 1970 at the age of 23.

Spreading his wings to explore his vocational calling to share his talent with the world, Mike Botha spent a significant amount of time as the occupational certification officer in the diamond industry in Canada’s Northwest Territories for the Department of Education, Culture and Employment, in addition to serving as the technical consultant for the Department of Industry, Tourism and Investment’s Government Diamond Certification Program. Passionate about teaching and passing on his expertise, Botha developed the Diamond Training Program at Aurora College in Yellowknife. During his six-year tenure he was awarded the Yves Landry Award for Outstanding Innovation in Education.

Mike Botha: from educator to entrepreneur

In 1998 Mike Botha founded Embee Diamond Technologies, which is known today as a definitive diamond design, polishing and finishing atelier in Saskatchewan. In the same year he was head-hunted to cut a number of large diamonds for Diagem International, which included a 100-carat (20g) and a 314-carat (62.8g) diamond. Still to this day, these are the largest stones ever cut and polished in Canada.

Aside from his accolades as an educator, Mike Botha has received an Award of Merit, which is the highest honour in the City of Prince Albert. He is famous for having cut and polished some of the world’s most famous large diamonds, including one of the diamonds in the Premier Rose Diamond collection. In collaboration with Willem Joubert, Botha is known for his work on the Premier baby Rose diamond, which weighed 353.9 carats (70.78g) in rough state.

His most recent work of art is the 8.52ct Esperanza Diamond which he was commissioned to cut in 2015. It was discovered at the Crater of Diamonds State Park in Arkansas and transformed into the custom-designed 4.605ct Esperanza Triolette by Botha’s expert craftsmanship. Weighing a mindblowing 8.52ct, the Esperanza was found by a visitor from Colorado, and named after her niece, taking its place as the fifth largest diamond discovered since 1972.

A number of years after its discovery, Mike Botha was commissioned to design, plan, cut and polish this incredible diamond. The exclusive three-day event was hosted in-store by Stanley Jewelers, and after more than 75 hours at his grinding wheel, the original stone which was 8.52 carats in weight and the shape of an icicle was revealed as a gorgeously unique 4.65-carat triolette of breathtaking proportions.

Now a family-owned diamond cutting and polishing atelier, through Embee Diamond Technologies Mike Botha has laid roots in Canada establishing a name for cutting the finest diamonds to the highest grades while shattering the boundaries of optimal light performance in diamond design.

If you’re a South African interested in spreading your wings and starting a new chapter abroad, FinGlobal is here to help. We offer a full suite of financial services for South Africans around the world, including:

If you’d like to discuss your cross-border financial requirements with the experts, leave your contact details and we’ll be in touch to start your free, no-obligation consultation.