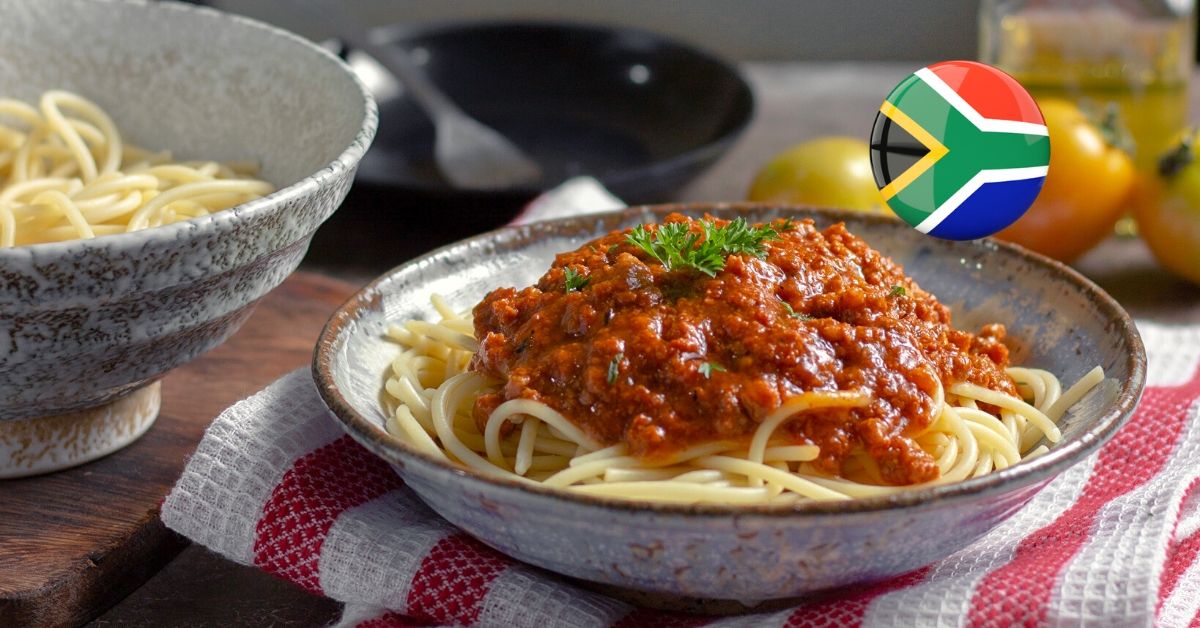 Ah, Spaghetti Bolognese night – the favourite night of the week, right? Spaghetti Bolognese is more than just a quick and easy meal to make. It’s a meal that’s firmly ingrained in the upbringing of any and all South Africans. What makes this dish so well-loved in the country? And what makes you have such a hankering for it, even while living in a new country with new customs and dishes to try? Okay, it’s delicious – that’s why! But let’s find out more about one of South Africa’s dinnertime favourites.

What is Spaghetti Bolognese and Where Does it Come From?

It is believed that the dish is called Spaghetti Bolognese because it originates from Bologna, a city in Italy. However, on doing investigations, uncovering the exact origins and history of the dish prove difficult. The earliest document including a recipe of Bolognese sauce is found in Imola (near Bologna) in an 1891 cookbook called “Pellegrino Artusi’s Cookbook”. Even so, this recipe is only similar to a “traditional Bolognese sauce”. Interesting, isn’t it? It seems that Spaghetti Bolognese is quite a mysterious dish indeed!

Now that you have a better idea of where Spaghetti Bolognese might come from, there’s only one thing left to do… and that’s to whip up a Spaghetti Bolognese of your own. You are probably dying to taste an old firm favourite and maybe spoil your new friends and colleagues to taste of it yourself. If you are a bit rusty on how to make the dish, there’s a great Spaghetti Bolognese recipe below for you to try out.

Now that you have all of the essential ingredients, it’s time to cook it all up and ensure it’s served to perfection. Follow these steps:

Now that you have your sauce ready, all that is left to do is serve it over your cooked spaghetti and thoroughly enjoy it. You can sprinkle a teaspoon of parmesan cheese powder on top to taste (for vegan option: use nutritional yeast flakes). Prepare for that mm-mm-mm moment as you feast on your home-made Spag Bol! It was your favourite…but soon it will be everybody’s favourite – if you choose to share it that is!

At FinGlobal, we can make your tax and financial emigration processes as simple as whipping up a quick and easy Spaghetti Bolognese! We provide a premier advice and guidance service to South African expats across the globe. With a decade of experience behind us, we feel that we are just the right team to be there for you during a potential confusing and time-consuming process. For more information and advice, simply contact us. Give us a call at a time that is convenient for you or send us an email so that a friendly and knowledgeable consultant can assist you further.