Home » Before you move to Melbourne, here’s what you need to know about things to do

Before you move to Melbourne, here’s what you need to know about things to do

Home » Before you move to Melbourne, here’s what you need to know about things to do

Before you move to Melbourne, here’s what you need to know about things to do 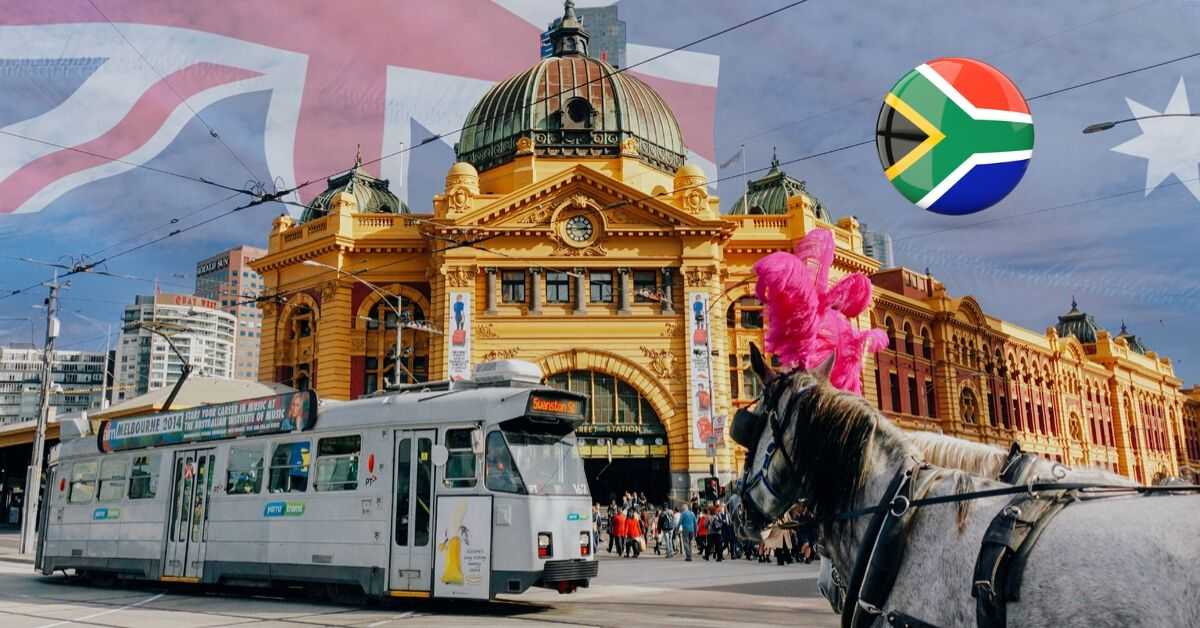 Australia is a popular destination for South Africans looking to exit the Motherland. While Sydney and Perth have the largest numbers of South African-born residents 28,425 and 18,828 respectively; Melbourne is coming in as a hot third with 17,318 Saffas making themselves at home. What do South Africans love so much about Melbourne? What are some fun things to do once you live in Melbourne?

What is the drawcard for South Africans moving to Melbourne?

The South African population has grown by more than 25% in the last decade, and it’s no surprise when you consider the huge variety of fun things to do and places to visit in Melbourne.

What exactly is it that makes Melbourne so attractive to South Africans?

What do you need to know about Melbourne?

Melbourne is the capital of Victoria and it’s Australia’s second largest city. More than 4.5 million people live here, and it’s also the epicenter of Victoria’s business, administrative, cultural and recreational activity. Melbourne is the closest major Australian city to Adelaide which is roughly 600km away.

Prepare to be stunned and charmed

There’s so much to see in Melbourne and it’s all Instagram-worthy! You’ll love the old-world charm of the tram system, contrasted with modern skyscrapers and historic architectural gems existing side by side.

Melbourne has held the top position as the most livable city in the world according to the Economist Intelligence Unit’s Livability Survey for numerous years running.

Places to visit and things to do in Melbourne

Oh wow! There is really so much to see and so many things to do in Melbourne, and some of them are even free.  Where to start? How about Federation Square? Occupying a whole urban block with boundaries formed by Swanston, Flinders, and Russell Streets and the Yarra River, this open open public square is directly opposite Flinders Street station and St Paul’s Cathedral. The layout of the precinct is intended to connect the historical central district of the city with the Yarra River and the new park, Birrarung Marr.

The central piazza of Federation Square, a link between the city and Yarra River, is well worth a visit. If you’re an architectural aficionado  are into old buildings then the old Gothic Bank (the old ANZ Bank) is an absolute must-see! Take a wander from Flinders Street Station to Bourke Street Mall, if you have time to browse – the laneways and arcades have shops that sell one-of-a-kind items you can’t find anywhere else.

What about some family-style things to do in Melbourne?

You’ll want to check out the Sea Life Melbourne Aquarium: Known for its main exhibit, a 2.2 million liter Mermaid Garden oceanarium featuring a grey nurse shark and sandbar whaler sharks, and a variety of 2,000 marine creatures.

Get your cultural fix at the Melbourne Arts Centre: a performing arts facility consisting of a complex of theatres and concert halls in the Melbourne Arts Precinct with regular opera, ballet, theatre, dance and orchestral performances, both local and international.

Other places to visit in Melbourne with the family

You’ll need to plan more than one visit to the following attractions, as there is simply too much to see in one outing!

Take in the views: For breathtaking views of Melbourne city, the bay and mountains then a trip to the top of the 92-storey Eureka Tower to the Skydeck 88 is an exceptional experience.

Hit the beaches: Melbourne has a fantastic array of coastal leisure activities to be discovered. The city itself is protected from the Bass Strait by Port Phillip Bay, and the best spot to start is at Brighton Beach – a mere 15 km trip by car, this is a fantastic spot for swimming, surfing and fishing. If you’re looking for something a little more chilled, St Kilda beach is practically wave-less, which makes it ideal for watersports.  Williamstown Beach, fondly called ‘Willy Beach’ by locals, is a short trip by car from the city, offering exquisite views of the city skyline. Sorrento Beach is on the southern point of Phillip Bay, and although it’s a 90 minute drive from the city, it’s worth the distance!  and it takes about 90 minutes from the city. Surfing? Kayaking? Snorkeling? Kitesurfing and jet skis? Melbourne has it all!

What else do South Africans love about Melbourne?

The weather is a huge plus for South Africans, who are accustomed to the heat and sunshine of South Africa’s sub-tropical climate. Much like coastal South Africa, Melbourne has a temperate oceanic climate with warm summers and cool, damp and cloudy winters. Just like South Africa (we’re thinking of the Cape of Storms and the Windy City of Port Elizabeth specifically!) Melbourne is renowned for unpredictable weather and experiencing all four seasons in a single day is not uncommon. What’s not to love if the weather is good?

Deciding to leave South Africa is a huge decision and choosing your immigration destination is just as huge. Although it should set your mind at ease to know that thousands of South Africans who have already made the move will tell you it’s the best decision they’ve ever made for their families, because there’s simply so much to love about the city and so many things do in Melbourne.

When you’re ready to make other big decisions, like big decisions that involve cross-border financial transactions, we’re waiting to help you every step of the way to make the best choices for your financial future.  We’re ready to offer practical, tailored advice on decisions like whether or not  financial emigration is right for you, retirement annuity withdrawal, tax clearance, the implications of exiting the South African tax system and of course, we’ll also handle all your foreign exchange requirements gladly.

Planning a move to immigrate to Australia from South Africa? Let’s talk about your financial options.