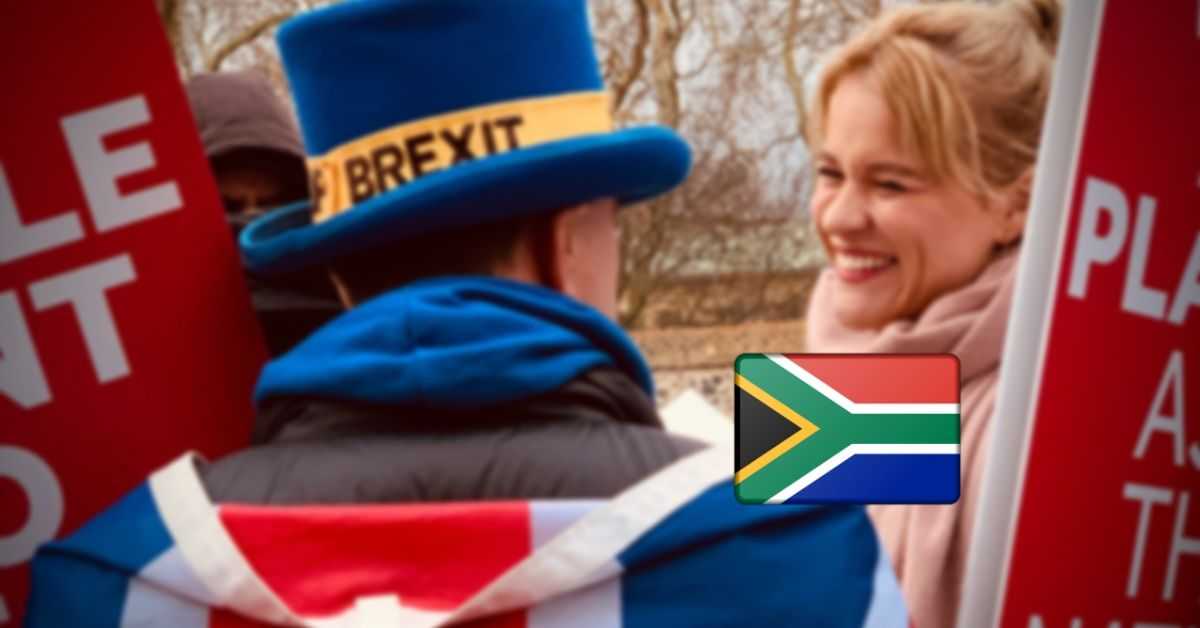 Brexit is a source of much anxiety and confusion for many European Union (EU) nationals in the United Kingdom (UK). Some South Africans have been lucky enough to enjoy dual citizenship and the benefits of an EU passport, which allowed them to live, study and work in the UK freely. With the Brexit deadline hanging over our heads like a dark storm cloud, matters have grown confused and there is much uncertainty as to what the impact will be on South Africans who want to stay and work in the UK after the Brexit timer runs down.

Let’s take a look at some common questions we’ve seen arising from Brexit for South Africans living in the UK or considering working in the UK, but please bear in mind that because negotiations haven’t been closed yet, the rules are still subject to change.

What is Brexit and when is it going to happen?

Brexit is a portmanteau of the words “British” and “exit” and refers to the United Kingdom’s exit from the European Union. The UK is due to leave on 31 January 2020, after Prime Minister Boris Johnson’s Brexit deal was backed by Members of Parliament.

What is the European Union?

Why does the UK want to leave the EU?

A referendum testing the public vote was held on 23 June 2016, to determine whether the UK should leave the Union or remain. The outcome? Leave won by 52% to 48%. The voting turnout was very high at 72%. Out of the 30 million people who voted, 17.4 million people opted for Brexit.

Take a look at the referendum results HERE.

The referendum was nearly three years ago, why hasn’t Brexit happened yet?

The due date was originally 29 March 2019, which was 2 years after former Prime Minister Theresa May invoked Article 50 and began the formal process of leaving, kicking off exit negotiations as a result.  The deadline was then delayed twice more, after Members of Parliament (MPs) rejected May’s Brexit proposals, eventually postponing to 31 October 2019.

When Boris Johnson replaced Theresa May as Prime Minister, he was compelled to push for a third postponement after MPs failed to pass the rehashed Brexit deal into law. Fast forward to the present and the new deadline has been set for 31 January 2020 – which is a scant few weeks away, and while Megxit might be getting more attention than Brexit at the minute, the UK has made progress toward their deadline.

On Thursday 9 January, the UK House of Commons soundly approved the legislation needed to write the Brexit deal into UK law, voting 330 to 231 and it will now move to Parliament’s other chamber – the House of Lords – where the bill will be voted on, and become official law later this month. What does this mean? The UK will be out of the EU, finally, by January 31, 2020.

Who is going to be deported after Brexit?

Good question. EU citizens who miss the deadline to apply for residency after Brexit will be granted leniency against deportation in only the most exceptional cases. And a narrow list of exemptions from deportation (such as people with physical or mental incapacity, or children whose parents fail to apply on their behalf) will be considered, according to government guidelines as reported in the news.

Question: I have an EU passport and would like to relocate to the UK, but obviously I can’t do so before 31 January, given that’s right around the corner.  Will I still be able to live and work in the UK if I only arrive after the Brexit deadline?

It has been suggested that EU citizens can still enter the UK until March 2020. However, if there is a ‘no deal’ (if the UK leaves the EU without a deal), the freedom of movement aspect could change. If you are an EU national, and you’ve never lived in the UK and want to move there, you will need a visa (temporary leave to remain) after Brexit, which cannot lead to settlement and which will only be valid for three years.

Question: I moved to the UK just over a year ago and I am an EU national. Can I stay in the UK after Brexit?

Yes, you will be allowed to stay. EU citizens and their family members can essentially apply for permission to stay, in terms of the EU Settlement Scheme, which will allow them to continue living in the UK after 30 June 2021, which is when the scheme is closing, but if there is a ‘no deal’, the deadline for applications is said to be 21 December 2020.

EU citizens who apply for the scheme will receive pre-settled status because they’ve not yet lived in the UK for a continuous period of five years. After these five years have passed, they will be able to apply for settled status, which will allow people to stay in the UK permanently.

Question: I have been living and working in the UK for over six years already as an EU citizen, what must I do about Brexit?

If you want to continue living in the UK after 30 June 2021, you will have to apply for the EU settlement scheme before that date like everyone else, but because you’ve already lived in the UK for more than five years in a row, you’ll receive settled status. The advantages of settled status under the EU Settlement Scheme include the following:

Okay, so what happens if you’re just an ordinary South African who wants to immigrate to the UK for working and living purposes after Brexit?

From 2020, UK entry will be based not on nationality, but skills. This means that South Africans potentially have a better chance of finding work in the UK, after Brexit. A new approach to immigration after Brexit means that a South African citizen moving to the UK now needs to have a job offer for a skilled position in place from a UK company.

As it stands there are two different applications for EU and non-EU citizens, with EU citizens being unrestricted as to the type of work they can do, and the level of skill required. This is set to change, when the application process opens up before the third quarter of 2020, to be implemented by January 2021. The impact of this will be that people of all nationalities will make the same skilled workers’ application, and all applicants will require UK employer sponsorship before applying.

The most important changes to the immigration system after Brexit

To avoid a post-Brexit labour deficit – particularly in the social services, healthcare and construction industries – the UK government is considering the feasibility of one-year visas to allow workers of any skill level the opportunity to work in the UK for 12 months, however, this route will only be open to nationals from specific countries deemed low-risk, provided the UK has sealed the deal migration commitments and mobility. This visa will be structured to bar workers from making their stay permanent – they will have no access to benefits and will not be permitted to bring family members into the country. It will not be possible to convert this visa to another visa, nor can it lead to permanent settling.

Long story short, both EU and non-EU citizens must seek permission to enter the UK to work or study, no matter their nationality. This is in line with government’s plan to ensure that the UK remains a hub for international talent drawn from the EU and the rest of the globe.

Can I still go to the UK on holiday after Brexit?

The government has proposed the removal of visa requirements for short-term or holiday visits, which means that it should soon be easier for South Africans to vacation in the UK.

FinGlobal: There for South Africans before, during and after Brexit

With so many questions around Brexit, it’s easy for South Africans who want to live and work in the UK to be discouraged by the uncertainty. One thing, however, is for sure. At FinGlobal we provide straightforward, easy-to-understand financial emigration assistance and hasslefree cross-border financial services tailored for South Africans. Get in touch to see how we can assist in smoothing out your finances for your immigration to the UK in a post-Brexit world or if you’ve already moved to the UK, we can help you formalise your financial emigration from South Africa.