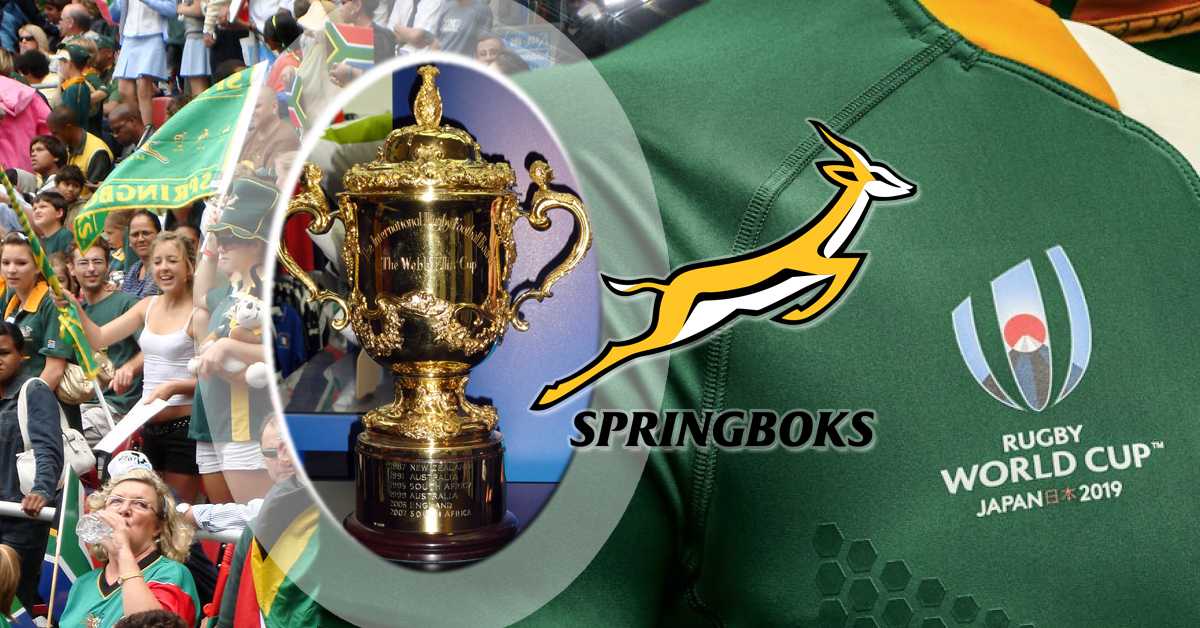 After a gruelling first half and by the saving grace of Pollard’s boot, it was Makazole Mapimpi’s try which was the ultimate stress-breaker. Cheslin Kolbe’s try followed in the 73rd minute and Saffas worldwide were rejoicing and already celebrating before the final whistle blew. The nation went wild when we saw the guy engraving South Africa’s name on The Webb Ellis cup minutes before the end.

Here are some interesting facts about the Springboks’ final match:

Bonus: Before the first-ever Rugby World Cup was hosted in 1987, America was technically the reigning international champions since they had won the gold medal at the 1924 Summer Olympics rugby tournament.

And the World Rugby Award goes to…

Herschel Jantjies was nominated for Breakthrough Player of the Year, but the award ultimately went to French Flyhalf Romain Ntamack.

Cobus Reinach’s hat-trick try against Canada got him a spot on the shortlist for Try of the Year. TJ Perenara from New Zealand went home with the award after his length-of-the-field try against Namibia.

We hope we will see more highlights from the Springboks in the coming year and many more years to come. Bokke, you have made us proud.

FinGlobal: A financial emigration company you can be proud of.

Contact FinGlobal today to get a free, no-obligation quote. We have helped over 60 000 clients in 105 countries financially emigrate and cashing out their retirement annuities. Have a look at our website www.finglobal.co.za to find out more. Remember to pass this message on…