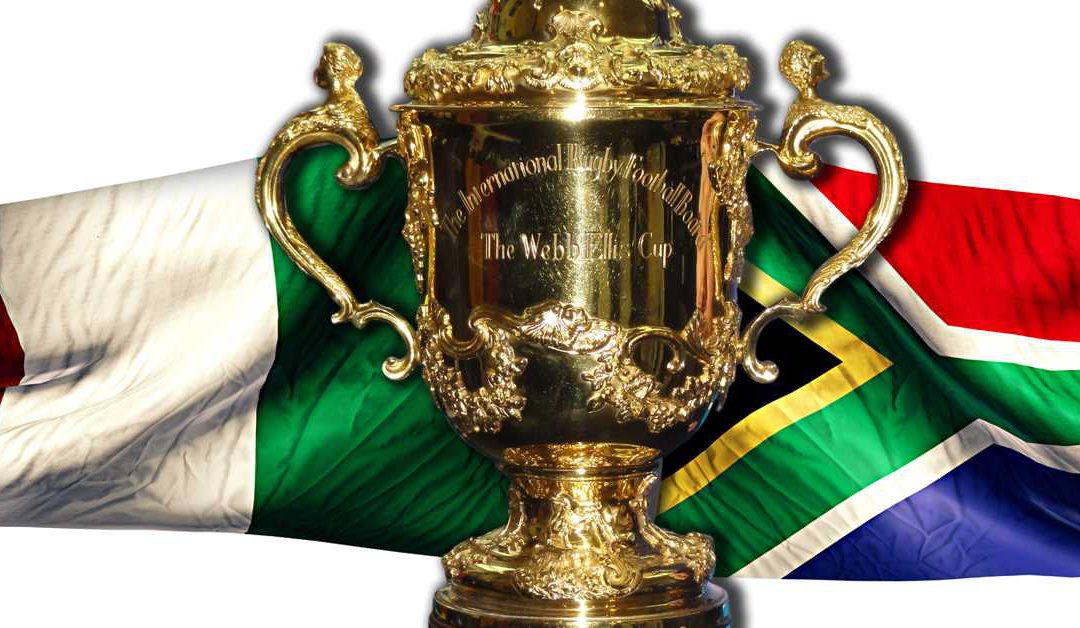 Italy and South Africa rugby union teams first met in 1995 and now 24 years later, South Africa will be playing Italy in the Rugby World Cup on the 4th of October at the Shizuoka Stadium Ecopa, Shizuoka Prefecture at 11.45am local time. This match will form part of Pool B of the 2019 Rugby World Cup, which starts on 21 September 2019. Pool B consists of New Zealand, South Africa and Italy who joined the pool after finishing third in their pool in 2015. These teams are joined by the African qualifier, Namibia and Canada.

A history of triumph over Italy

The Springboks biggest triumph over Italy was in 1999, at a match held at Durban’s King’s Park. Here, South Africa triumphed 101-0 over Italy and at the time this was the Springbok’s largest victory and still remains Italy’s biggest defeat. Italy only managed to settle the score many years later in 2016 when they finally triumphed over South Africa on 19 November in Florence, where the score was 20-18 in Italy’s favour.

A history of matches and scores

South Africa and Italy have played 14 matches since their first match in 1995 and only one of these matches has been won by Italy. The total number of points earned by Italy in these 14 matches was 171 to South Africa’s 652 points. 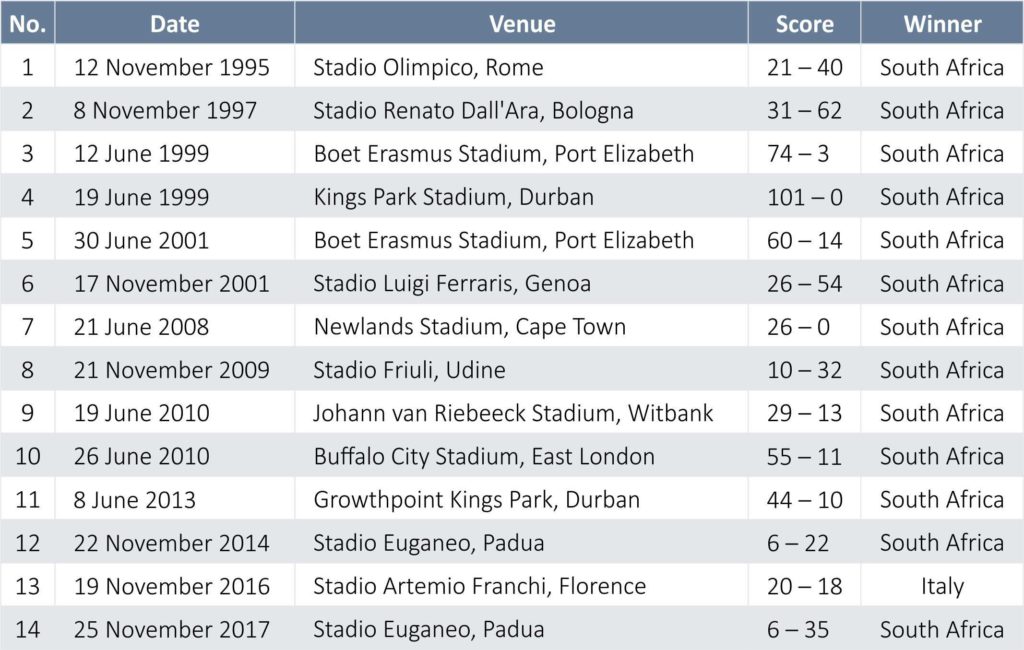 When South Africa meets Italy on the field it will be the 15th time these two teams meet, and all of South Africa is rooting for it to be another triumph!