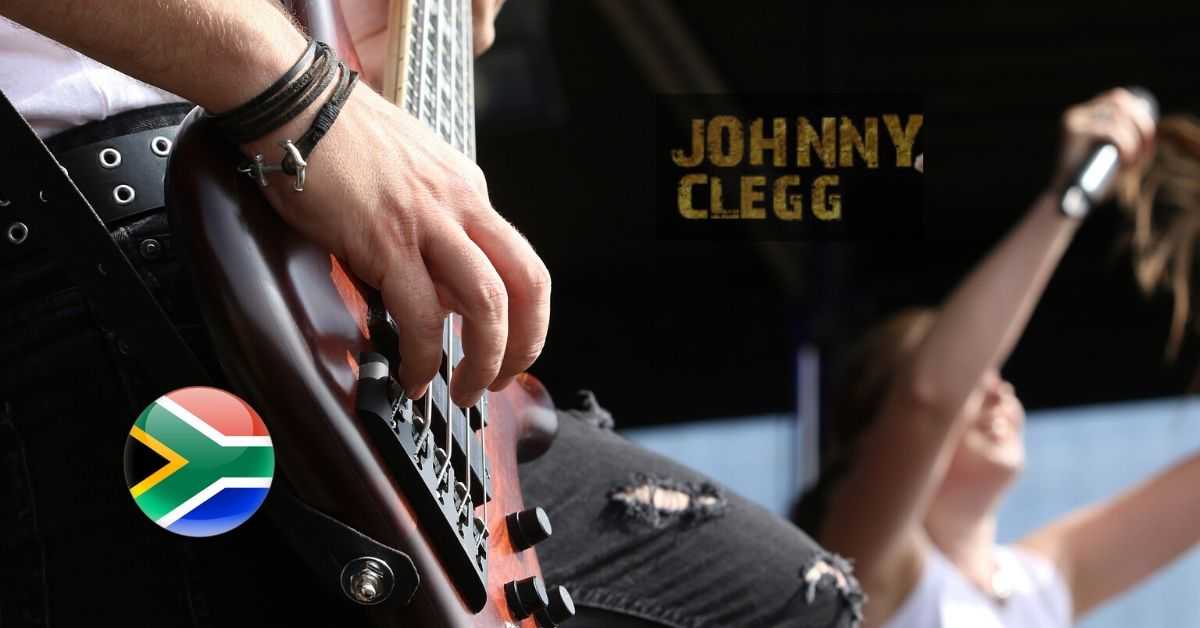 Singer, songwriter, human rights activist, also known as “The White Zulu”… Johnny Clegg, one of South Africa’s most celebrated music artists. Sadly, he will no longer be able to entertain large crowds with his infectious music. His voice is still, but his music lives on forever.

With his lively blend of Western tunes and African Zulu rhythms, Johnny sold millions of albums and was widely recognised on a national and international level. Besides no less than five honorary doctorate degrees from local and international universities, Clegg was awarded the Order of Ikhamanga Silver for excellent achievement in the field of music in 2012 – the highest honour a citizen can receive in SA. In 2015, Clegg was also made an Officer of the Order of the British Empire.

Clegg was not only celebrated for his music, but also for his outspoken views on apartheid in South Africa and other political affairs in the world. His life was bold and colourful, and had a significant cross-racial appeal that attracted many lifelong supporters.

Jonathan, Paul Clegg was born on 7 June 1953 in Bacup, Lancashire, to an English father and a then-Rhodesian-mother. From a very young age, he was exposed to diverse ideologies and cultural perspectives. His mother’s family was Jewish immigrants from Poland, and after his parents got divorced, he grew up in his mother’s native land of Zimbabwe. She then remarried and immigrated with her journalist-husband to SA when Johnny was seven years old. At the age of nine, he spent two years in Zambia with his parents who then again returned to South Africa. With his mother’s interesting career as a cabaret and jazz singer, and with his stepfather being a crime reporter who took him into the townships from an early age, Johnny was certainly destined to be an unusual artist and human being.

It was Charlie Mzila who not only enabled the teenager Johnny to master the Zulu language, but also to play the maskandi guitar and mimic the isishameni dance styles of the migrant workers in South Africa. His subsequent involvement with various black musicians often led to arrests for contravening the then Group Areas Act. In fact, his first arrest was at the age of 15 for violating apartheid-era laws in SA that banned people of different races from meeting after curfew hours. Two years later, Clegg met Sipho Mchunu, a Zulu migrant worker with whom he later formed his first bi-racial band, called Juluka (Zulu for “sweat”, and the name of a bull that Mchunu owned).

As a young man, Clegg lectured Anthropology at Wits and the University of Natal, while he also worked on his vision to blend English lyrics, Western melodies and Zulu music and dance. His work became a reality when Juluka released their first album in 1979, Universal Men, which told the musical story of the Zulu migrant worker caught between two different worlds, the city and home. This was during a challenging time with radio and TV censorship of mixed music and mixed bands.

After years of having to perform in private venues in SA to avoid arrest, but mostly to gain support, Juluka was forced to tour in Europe, Canada and the USA during the early eighties. Despite the treatment they received in SA, they managed to enjoy a substantial following of local students and migrant workers, but also became an international success, with two platinum and five gold albums under their belt. The group was disbanded in 1985 when Mchunu retired from music.

A year later, Clegg formed Savuka (Zulu for “we have arisen”), a second mixed-race band, with musician and dancer, Dudu Zulu. This time, he wanted to mix African music with a wider music base and international rock sounds. Their first album, Third World Child, broke all international sales records in France, Switzerland and Belgium, and the band continued their success with four more albums, including Heat, Dust & Dreams, which received a Grammy Award nomination in 1993. In the same year, Savuka was dissolved after Dudu was killed while attempting to mediate a taxi war.

In 1997, Clegg and Mchunu briefly reformed Juluka to release one last album. In the following years, Johnny recorded several solo albums and continued to tour locally and internationally. In 2015, he was diagnosed with pancreatic cancer and had to cut down on his performances.

Johnny Clegg passed away on 16 July 2019 at the age of 66, yet, his lingering refrain “Impi” (“warrior” in Zulu) will continue to regularly echo in South African rugby stadiums.

White Zulu, we salute you!

Need to live abroad on a permanent basis and access your South African money overseas? For expert advice on all aspects of financial emigration, contact FinGlobal, a leading provider of cross-border financial services and a Reserve Bank-approved foreign exchange intermediary.