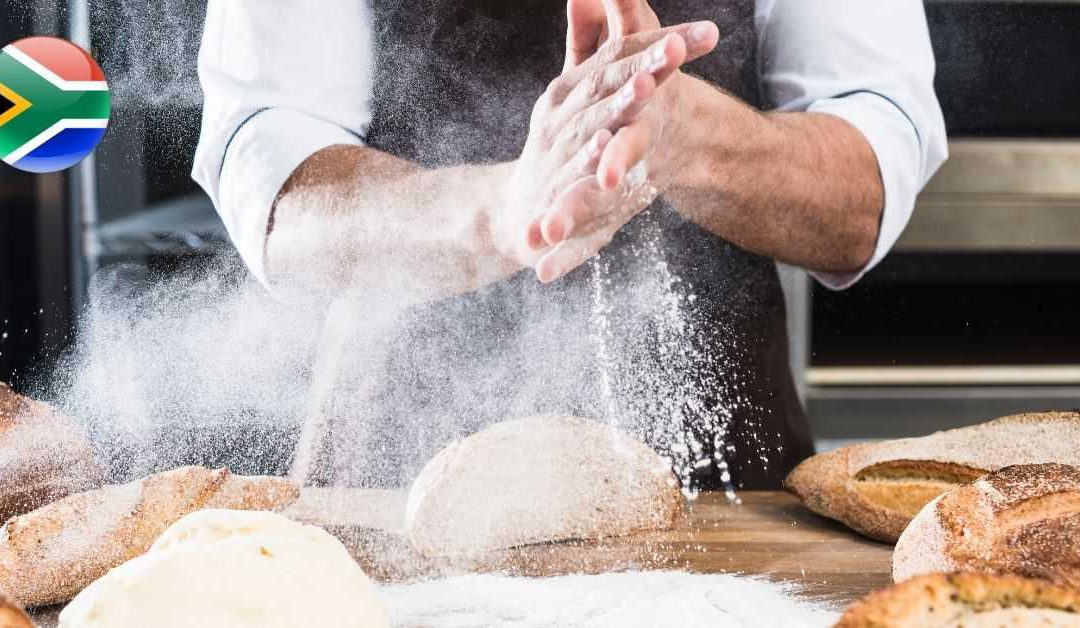 Jan van der Westhuizen, author and chef, is one of South Africa’s well-known celebrities gaining fame as South Africa’s first Michelin-star chef. For four consecutive years his eatery JAN in Nice France has won a prestigious Michelin star, with the most recent one being awarded for 2019. He initially received his first coveted star in 2016 and while it’s high-praise indeed to receive a star, it’s something else to keep it. Every year the Michelin’s anonymous inspectors arrive unannounced to rate the restaurants and the starred restaurants have to maintain very high, on-going standards to retain their stars.

From South African roots to Nice

Jan-Hendrik couldn’t have had a more South African background, growing up on his family’s dairy farm just outside of Middleburg, Mpumalanga in South Africa. According to him, he started to learn about cooking at the tables of his grandmother and mother. Here he didn’t only learn about great food – but also the notion of ‘South African hospitality’ and the art of creating a warm, welcoming space where everyone feels welcome and special – which became the bedrock on which he later build his Restaurant JAN.  His grandmother Maria was his greatest mentor when it came to cooking and when he opened a new restaurant across the street from JAN in Nice, he named it after her.

To advance his culinary career, Jan moved to Cape Town, where he completed an Advanced Diploma in Culinary Arts and a Masters in Pastry. He also spent a great deal of time discovering the winelands of Stellenbosch, where he developed a great love for wine. He then became the food editor and stylist at ELLE Magazine, which gave him the springboard to move to the test kitchen of ELLE International’s Head Office in Paris.

Jan’s South African background is the foundation for every new dish he creates. He believes that he can trace the flavours back to South Africa’s endless bounty of food, his heritage and his personal experiences. He opened his restaurant JAN, Restaurant de Nice in 2013 and its dark, rich interior is inspired by the Dutch Masters. He came across the location of the restaurant by accident after strolling through the streets of Nice on a day off from his position as chef on a yacht off the coast of Monaco. In keeping with his South African background the restaurant’s atmosphere is simple, relaxed and welcoming. Jan believes that everyone entering the restaurant should feel as if they were entering their second home. By the time guests leave, Jan says they will have truly experienced South African hospitality. In fact, when guests leave, they receive a package of South African rusks that have been baked on the premises – with instructions on how to enjoy them with their morning tea or coffee!

MARIA is a more intimate space

Jan’s new restaurant MARIA has a light, bright interior in contrast to the restaurant JAN and was created to accommodate group bookings and private functions with place for 6-14 people. MARIA has two types of menus – the find dining menu that is available at JAN as well as the MARIA FEAST where the wooden tables are filled with so much delicious food that they feel like they are sitting down to a feast fit for a king!

Jan-Hendrik van der Westhuizen is not just content to excel in the kitchen, he has also launched his own luxury food and lifestyle publication called JAN the Journal. This is a 250-page twice-yearly publication featuring over 50 recipes and stories of everything that inspires him in the culinary world. The inspiration behind the publication is to encourage people to get together and celebrate food – while also giving them a beautiful cookbook to hold in their hand.

Plans to open a Restaurant in South Africa by 2020

Working with Tswalu Kalahari Reserve, owned by Nicky and Jonathan Oppenheimer in the Northern Cape, Jan-Hendrik will create a food and drink experience in line with the offer of the luxury lodge. The new restaurant, known as KLEIN JAN, will become the space for Jan to create world-class cuisine using the vast gastronomic offering of the region.

So far, Jan-Hendrik has been in the process of opening JAN Innovation Studio on Cape Town’s Kloof Street. Culinary students will be trained here before they receive a position at either JAN in Nice or Tswalu Kalahari Reserve.
Tswalu Kalahari Reserve is currently closed for extensive renovation and will reopen June 15. KLEIN JAN will be opening at the lodge in early 2020.
If you are a South African living or moving abroad and would like to know more about how you can maximise your finances through financial emigration from South Africa, accessing your South African retirement annuity and our tailor-made tax solutions for South Africans around the world, contact FinGlobal today.