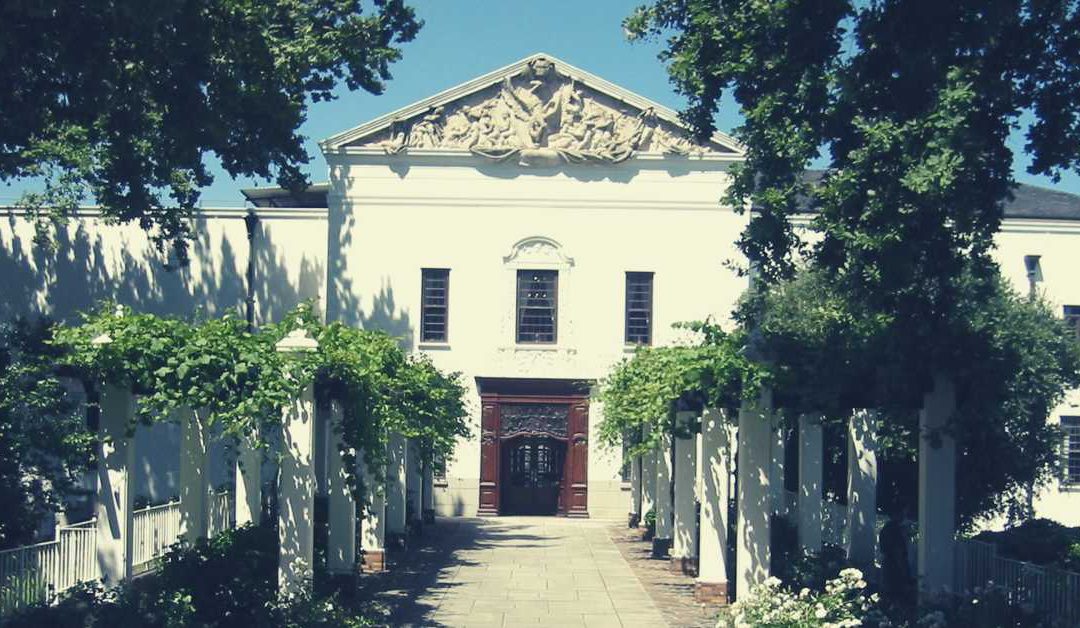 In our recent blog posts, we have focused on KWV’s award-winning brandy, but it’s also one of the leading wine producers in South Africa with exceptional brands behind its name including Roodeberg, KWV Wines and Laborie. As a company, KWV’s cellars are one of the largest complexes in the world and they have been closely involved in improving wine industry standards and quality for South African wine farmers over the past century.

KWV: A century of dedication to quality

KWV started in 1918 as a small co-operative of growers all dedicated to improving wine standards and quality, and from there it has grown to produce over 100 different products – many of which regularly achieve awards internationally. KWV’s brands have collectively earned over 300 awards in the past year alone and are represented in over 100 markets globally from Scandinavia to Japan.

KWV started as a co-operation of wine farmers and today has over 100 wine products, cementing its position as a world-leading international wine producer. In 2016 KWV was named as the Highest Ranked South African Wine Brand in Drinks International’s Worlds’ Top 50 Most Admired Wine Brands.

In 2018, KWV triumphed in the brand category at the Veritas Awards, the longest wine and brandy competition in SA. KWV was awarded Double Gold, or a rating of 90/100 or more, for the following premium wines:

Outstanding brandy
In 1926 KWV became one of the first brandy producers in the Cape and from this beginning has grown to become one of the most renowned brandy producers in the world. In the acclaimed International Wine and Spirit Competition KWV was named as the Brandy Producer of the Year in 2017 and their 15-year old potstill brandy achieved an Outstanding Gold and the Worldwide Trophy for Brandy.

At the 2018 Veritas awards, KWV won Double Golds for:

The taming of the screw

One of the biggest debates in the wine industry has been the introduction of the screw cap. In 2006 KWV proposed a trial to investigate the effects of the screw cap on white wine over an 18-month period. In 2009 KWV refreshed their Lifestyle range with the new more convenient Stelvin closure or the screw cap. They announced that their move to the Stelvin closure followed vast amounts for research and enables them to keep sulphur dioxide levels down, resulting in a healthier wine unaffected by cork taint or leakage.

A visit to KWV enables you to satisfy all your senses. Here you can ‘drink in the beauty’ of South African modern art as you enjoy their award-winning wine and brandies. The collection at KWV contains art from some of South Africa’s leading artists and the sensorium experience includes 28-featured artworks out of the approximately 100 artworks in the KWV art collection, which has been established and carefully curated over the past sixty years.

A second fire at KWV

In 1942 a huge fire wreaked havoc at the KWV cellars in Stellenbosch, leaving only one barrel of KWV’s brandy, which was saved and sent to Paarl. This was sadly not the end to fires at KWV. On the 20th of November 2018, a fire broke out in the production facility at KWV in Paarl. Fortunately, the swift response of authorities and support personnel bought the fire under control, limiting the damage to the bottling and packaging infrastructure.

If you are a South African living or moving abroad and would like to know more about how you can maximise your finances through the process of financial emigration from South Africa, accessing your South African retirement annuity and our tailor-made tax solutions for South Africans around the world, contact FinGlobal today.