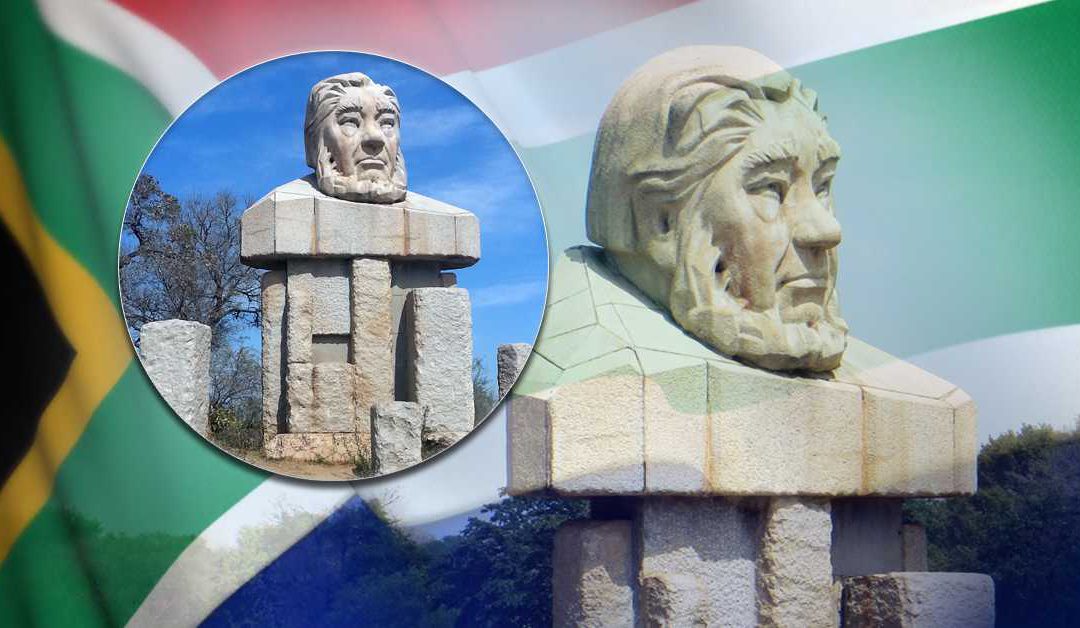 It may come as a surprise to some that Paul Kruger has had a revamp. The Federasie van Afrikaanse Kultuurvereniginge (FAK) has unveiled a new bust of Paul Kruger at his grave in Heroes Acre. The new bust was required due to the defacing of the previous bust by vandals in July of this year. The new bust for Paul Kruger was the work of centurion sculpture Jacques Muller who offered his services and skills once he saw the damage done to the previous bust on social media.

Jacques Muller is one of South Africa’s foremost artists whose career in fine arts started in 1988. Nature and life are two of his biggest inspirations and all his paintings and sculptures use abstract elements including both organic and inorganic objects in his sculptures. Jacques has been commissioned for work by both corporate and private collectors and his work is included in several collections throughout South Africa, Australia, Italy and America.

Jacques was motivated to repair the bust at no cost, in order to create a piece of art for the next generations to appreciate. He was inspired to use granite to create the bust as it was strong and unbreakable and metaphorical for Kruger’s character.

In Johannesburg, much of the city’s public art is concentrated in the Newtown Cultural Precinct where you will find a wide array of sculptures, artworks and a vibrant street art scene. There are already 460 official works, but the unofficial art takes the number closer to 1000!

Burning Truth
This is situated outside the Hamidia Mosque in Jennings Street, Fordsburg and was created by Usha Seejarim as a tribute to Gandhi’s satyagraha or ‘the force which is born of truth and love’

Firewalker
Created by William Kentridge and Gerhard Marx, this eleven-metre tall steel sculpture of a women walking with a fire brazier on her head stands on a traffic island on the Newtown side of the Queen Elizabeth bridge.

The Eland
Situated at the intersection of Ameshoff and Bertha streets, Clive van den Berg’s sculpture of a giant eland symbolises the relationship we South Africans have with the land and the need for us to find ways to share its resources responsibly.

Fath47 Warwick Junction murals
This is probably one of the most stunning murals in Durban and is created by the Cape Town-based, internationally acclaimed artist – Faith47. These six murals are located in Durban’s busy Warwick Market and were created as part of the 25th World Congress on Architecture.

Vulturine Fish Eagle
This is one of Durban’s most recent public art pieces and consists of an imposing bird of prey with a wingspan of seven meters. It is made entirely from waste materials and was created by Umcebo Design. The sculpture is found in Glenwood’s Bulwer Park.

The Nelson Mandela Capture Site
Although not situated in Durban itself, this famous piece of public art is five minutes from the N3 turnoff on the R103 in Howick and marks the place where Mandela was arrested by apartheid police. It was created by Marco Cianfanelli and Jeremy Rose and comprises of 50 steel columns that have been cut by a laser to form an image of the president when viewed at the correct angle.

Human Sculptures
These sculptures, by celebrated South African artist Egon Tania, depict people going about their daily business – reading newspapers, talking on their phones and children playing. They are situated on the city’s Foreshore region and add a focal point of interest.

Rhinosaur
Situated on the Sea Point Promenade, this interactive Rhinosaur installation is the work of artist Andre Carl van der Merwe. As you peer through the crosshairs, the disjointed display falls into place as an endangered rhino, looking down the barrel of a poacher’s gun.