Home » How Iris Wilkinson can inspire your writing skills

How Iris Wilkinson can inspire your writing skills

Home » How Iris Wilkinson can inspire your writing skills

How Iris Wilkinson can inspire your writing skills 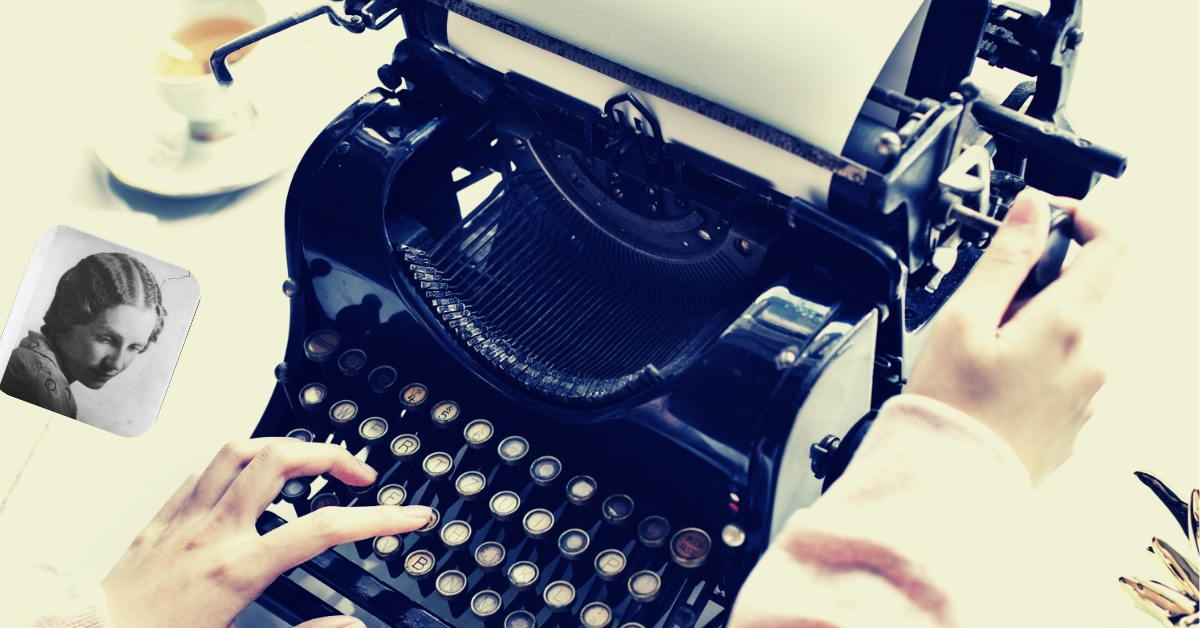 Iris Guiver Wilkinson was a South African-born author who was recently commemorated by a Heritage Plaque in Wellington New Zealand. Iris was born in Cape Town, South Africa, on January 19, 1906, the second daughter of Edith Ellinor Butler, an Australian nurse who was on her way ‘Home’ (to England) had met and married George Edward Wilkinson, an Englishman working on the installation of a post and telegraph system in South Africa. When Iris was a month old, her parents emigrated from South Africa. They sailed in the Ruapehu for New Zealand and settled in Wellington.

Iris Wilkinson is one of New Zealand’s major poets who has been described by her son Derek Challis as “brilliant, beautiful, difficult and doomed”. She went to South Wellington School and Berthampore School and graduated from there as dux in 1918. Iris wrote under the pen name of Robin Hyde and went on to work as a journalist at several newspapers, where she was labelled as a ‘subversive feminist’ who was always pushing her own agenda. In 1929 she published her first book of poetry.

Three weeks after buying the Hermes Baby, on February 13, Hyde took it north for a solid workout, renting a cabin at Whangaroa Harbour to type the final draft of her autobiographical novel The Godwits Fly. She posted the typescript to her publisher in London in early March (the book was published in 1938) and almost immediately started typing the first draft of another autobiographical work. A painfully honest account of her previous 10 years, this was eventually published in 1984 as A Home in this World. By August 1937 Hyde had typed another novel, Nor the Years Condemn, while having earlier works, Wednesday’s Children and a collection of poetry titled Persephone in Winter: Poems, accepted for publication. Nor the Years Condemn, a powerful commentary on New Zealand between the wars, was distinguished, like her travel articles for the New Zealand Railways Magazine and her best poetry, by a then-unique (for New Zealand poets) and remarkable sense of place. Hyde published five novels and many letters decrying the planned removal of Māori from their land at Ōrākei.

Iris did not take injustice lightly and had a unique ability to summarise and comment on contemporary society. She is regarded as a female modernist whose experience of gender politics in her personal and professional life, gave her work a particular depth.

Iris was particularly well travelled for a woman of her time. The year-old Hermes Baby travelled with her on January 18, 1938, she sailed for Sydney on the Awatea from there for Hong Kong on the Changte, sailing via Brisbane, Cairns, Thursday Island and Manila. She had planned to travel to Kobe then Vladivostok to take the trans-Siberian railway to Europe, but the Japanese occupation caused a delay in the connection. Iris travelled to the war front, the first woman journalist to do so, witnessing the barbaric realities which she had only imagined in the first Stark book, Passport to Hell.

Undeterred by Japanese bombing, she visited Canton (Guangzhou) and met Chinese generals and the writers Agnes Smedley and Edgar Snow.

Iris was in Hsuchow when Japanese forces took the city on May 19, 1938. After it was bombed and captured, Iris attempted to flee the area by limping 50 miles along the railway track and was eventually escorted by Japanese officials to the port city of Tsing Tao, where she was handed over to the British authorities. Assaulted by Japanese soldiers, she sustained a painful eye injury. While hospitalised in Hong Kong with a skin infection and digestive complaint, she still managed to interview Soong Ch’ing-ling (Madame Sun Yat-sen). Iris resumed her journey to England, arriving there by sea on 18 September 1938, ill and penniless.

From a rented caravan in Kent, she wrote of china and insightfully of “the world we know, love, and are probably about to destroy”. But she was in and out of hospital, suffering from depression, dysentery and anaemia. She passed away in England in 1939 after taking an overdose of Benzedrine in her rented attic room at 1 Pembridge Square, Notting Hill, London and is survived by a son, Derek Challis. She was just 33.

Third Wellingtonian to be honoured

Iris is the third Wellingtonian to be honoured by a heritage plague joining radio personality and nun Maud Basham and social worker and herbalist Suzanne Aubert. Iris’s award has been championed by Wellington city councillor Nicola Young, who was determined that Iris would achieve recognition due to her contribution to journalism and literature.

Iris’s plaque sits outside 92 Northland Road in Wellington.  These plaques situated around Wellington remind people that Wellington is more than a city made of concrete and steel but a city with a living history, created by the people who lived within it.

If you are a South African living in New Zealand and would like to know more about how you can maximise your finances through financial emigration, accessing your South African retirement annuity and our tailor-made tax solutions for South Africans around the world, contact FinGlobal today.