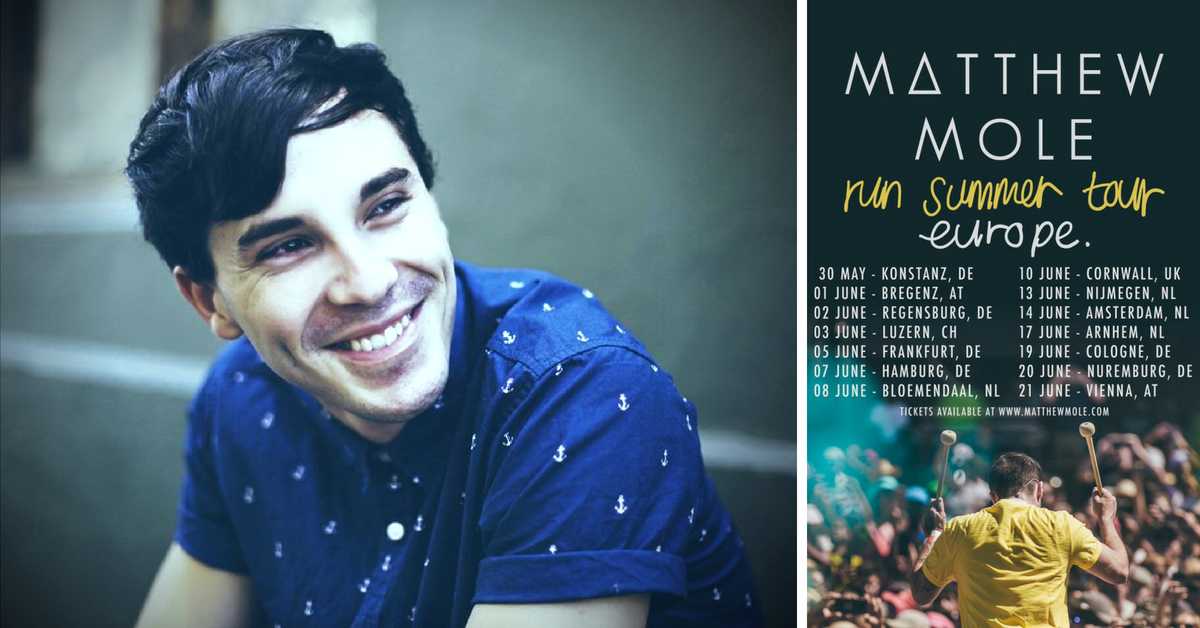 Our famous spotlight this month is firmly focused on the internationally renowned singer/songwriter Matthew Mole from Fish Hoek, Cape Town. Matthew Mole made South African chart history by becoming the first local artist to enter the iTunes album chart at number one in 2013, with his debut album: The Home We Built.

This phenomenal chart-topping achievement meant that he beat music superstars like The Rolling Stones, Michael Buble, Jay Z and Robin Thick as he grabbed first place from them. Matthew was also the 20th Annual South African Music Awards Nominee for male artist of the year and best pop album (2014). He was also an MK Awards nomination in the Newcomer category.

Matthew has been heard to say that his friends and family have helped along the road to success with their love and support. He also believes that persistence is important if one is to get ahead in the music industry. Besides music, he enjoys bowling and illustration.

If you are in Europe this summer, don’t miss the opportunity to hear Matthew Mole live in concert as he conducts his European tour. He will be playing in Austria, Germany, Switzerland, the Netherlands and the UK.

His tour is titled the Run Summer Tour and if you’re attending you will be able to hear hits including his new single Inside Out – which is the fourth single taken from his newest album RUN. Other favourites that will be played include Matthew’s favourite of the 12 songs from RUN – the single “Light” which is an honest rendition of a broken human being working towards a solution.

If you’re lucky enough to see Matthew in action, wave the South African flag and give him a high five from all of us back home!