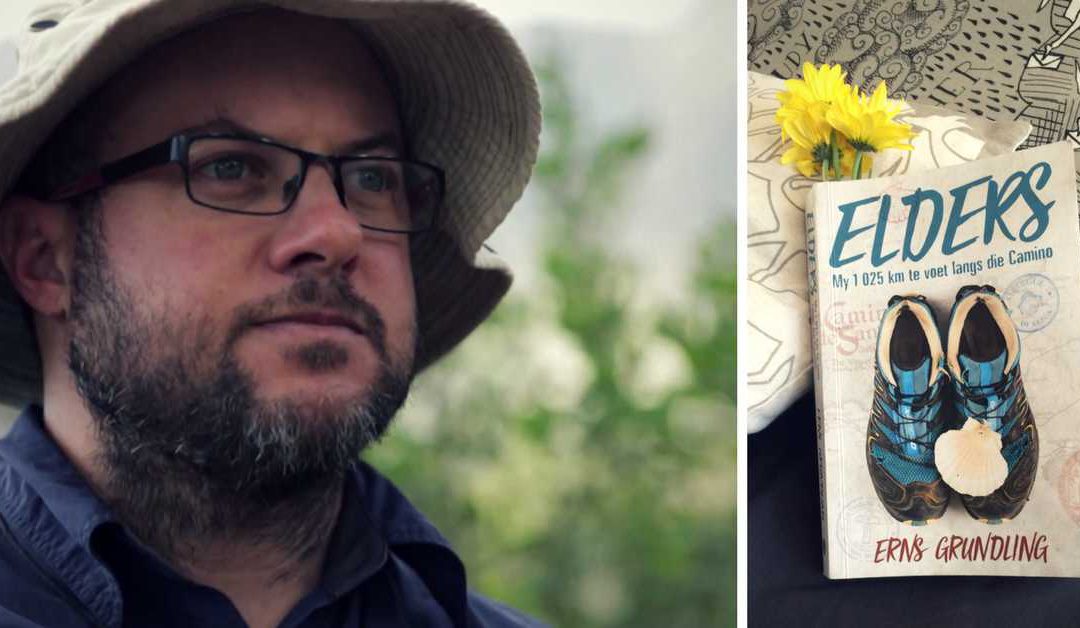 Erns Grundling is currently in the spotlight as his best-selling Afrikaans book titled Elders, about the Camino pilgrimage in Spain, forms the inspiration behind Elders: Die Camino a documentary series that launched on KykNET and Showmax during January 2018.

The book Elders is based on Erns Grundling’s personal experiences as he traversed the famous Camino de Santiago pilgrimage in Spain. The Camino de Santiago (The way of St James) is a large network of ancient pilgrim routes stretching across Europe and comes together at the tomb of St. James (Santiago in Spanish) in Santiago de Compostela in north-west Spain. Every year thousands of people from diverse backgrounds walk the Camino on their own or in organised groups.

The Camino is in itself not a particularly difficult walk, often being fairly flat on good paths. Where the personal challenge comes in is that very few people have ever walked continuously for up to 30 days. During this journey you learn more about yourself (and your feet) than you would ever have thought possible. When Erns Grundling decided to embark on the famous Camino in 2015, he was overworked and overweight and recently diagnosed with sleep apnoea. He definitely was not in the ideal state to head off to Spain and embark on the long and winding road of the Camino.

One man, two feet and no cell phone – Elders chronicles Grundling’s personal Camino experience. His book was so inspiring and entertaining that it quickly became a best seller. Released only in March 2017, Elders is flying off the shelves and already enjoying its third print run.

The book turns into a series

The success of the book inspired the creation and development of the televisions series created with filmmaker and producer Niel van Deventer of Palama Productions. Erns returned to Spain in September 2017 for a month and filmed his journey with a small camera crew. The series is a lifestyle adventure and focuses on the reasons people do the Camino – from living in the moment and clearing their minds to enjoying the natural beauty of the Spanish countryside. It also features interesting and unique places to stay and the cuisine Spain is famous for.

The book Elders is available in all major bookstores in South Africa and online. The 13-episode series was launched on the 2nd of January on KykNet and can also be watched on Showmax with English subtitles.