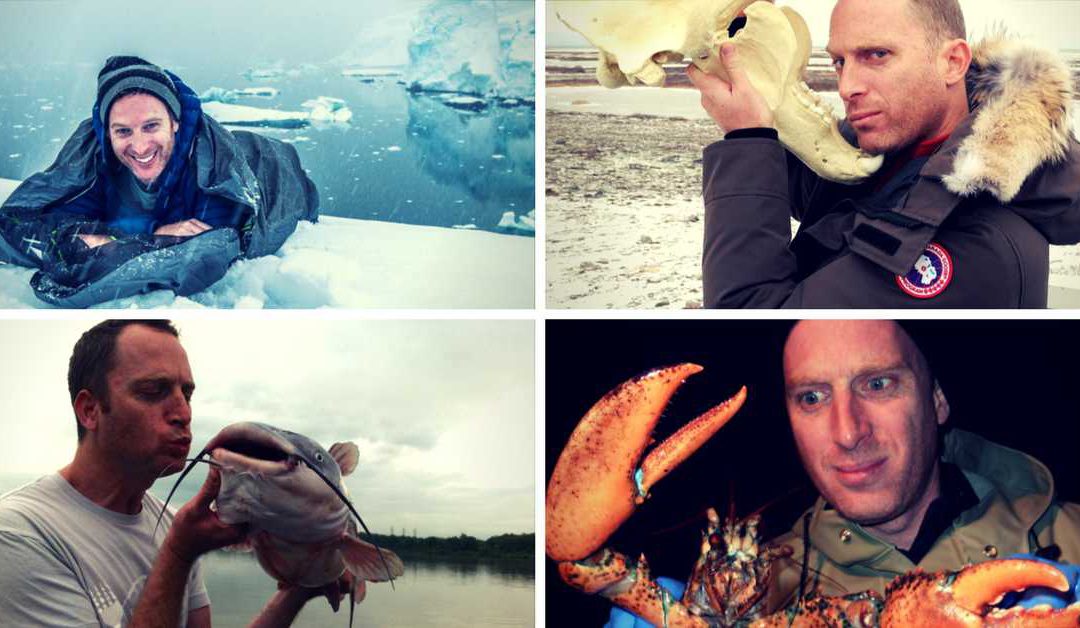 Robin Esrock is renowned for being a global adventure, travel writer, TV producer and international TV personality and his fame all came to him by chance. Originally from Johannesburg, Esrock decided to immigrate to Vancouver, Canada in 1999. Here, despite plenty of experience, he initially struggled to make a career for himself in web development.

One day on his way to work on his bike, a car in downtown Vancouver overran an intersection and ploughed into Esrock, breaking his kneecap. This unfortunate accident was his ‘lucky break’ as he received $20 000 from insurance and decided to quit his day job and travel the world to see the countries he’d never visited before. With a journalism degree from South Africa’s Rhodes University under his belt, he decided to document his one-year solo round-the-world backpacking adventure to 24 countries in a blog he called Modern Gonzo. He also on a whim pitched his journey to the Vancouver Sun as a possible column. When he returned from his adventures, he discovered he had become a popular travel writer and assignments from other newspapers and eventually series on television followed.

Esrock realised the world was fascinated by travel writing, but also that many people had misconceptions around the nature of a travel writer’s life and he created the first TV series, World Travels, to show the truth behind the subject. Together with his co-host Julia Dimon he travelled to 36 countries on 6 continents, filming 40 action-packed half hour episodes. The show airs on National Geographic International and Travel Channel International in over 100 countries and 21 languages. His success in TV resulted in him creating the award-winning adventure-culinary show Get Stuffed and he has also produced multimedia projects for the Canadian Tourism Commission.

In 2012, Esrock was honoured as Master of Ceremonies at the prestigious Explorer’s Club Annual Dinner at the Waldorf Hotel in New York and in 2016, Harper Collins published his book – The Great Global Bucket List – which quickly became an international bestseller.

Esrock takes none of his success or good fortune for granted but says his experiences as an immigrant in many ways prepared him for the life of a professional travel writer, which requires patience and a good sense of humour. He says, “ In every country I feel it’s important to remind myself that I am a guest, and that it will take a long time before I can understand the subtleties of how things actually work”.

Esrock’s family followed him to Vancouver and he welcomes having a supportive network around him. Despite visiting over 90 countries, Esrock counts Vancouver as one of the four most beautiful cities in the world – the others are Cape Town, Sydney and Rio de Janeiro.

Today, Esrock’s star continues to shine and his stories have been published worldwide in the National Geographic Traveller, The Globe & Mail, The Guardian, Chicago Tribune, Sydney Morning Herald, Forbes Travel and Travel and Leisure magazine named him as one of the top adventure writers in North America.