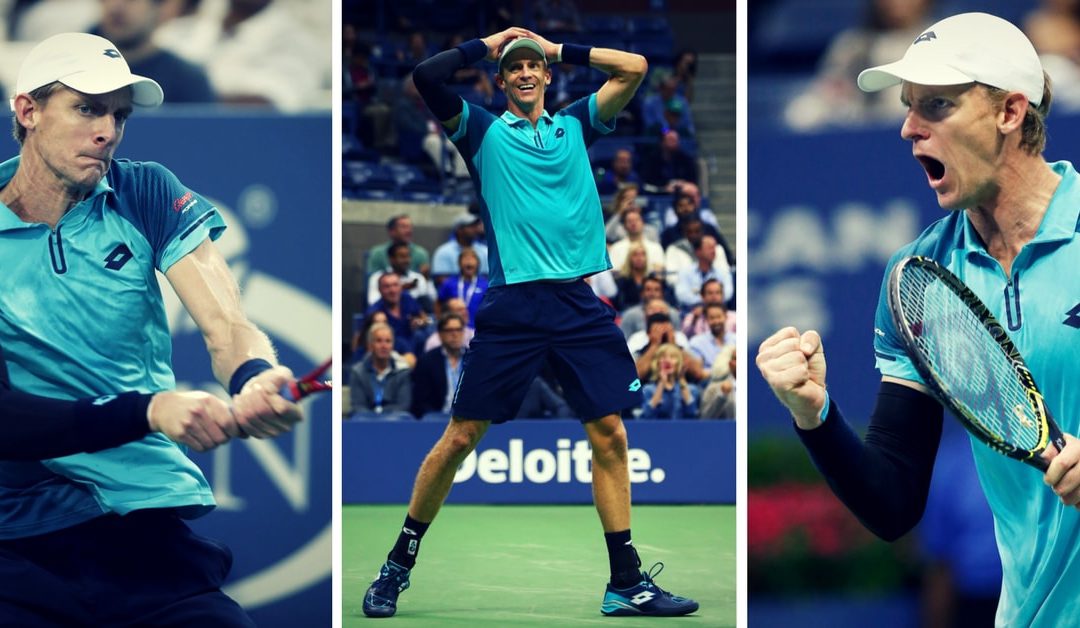 South Africa’s very own Kevin Anderson entered the record books when he reached the US Open semi-finals after beating America’s Sam Querrey in their quarter-final battle.

The last South African to reach the semi-finals of a Grand Slam was Wayne Ferreira at the 2003 Australian Open. This match marked Anderson’s 34th major tournament.

The second South African to reach the finals

Anderson was triumphant in the US Open semi-finals – taking him into US open decider match on the 10th of September. Many people thought Anderson was the first South African to reach the US finals, however the record books show that South African-born Cliff Drysdale made the final of the 1965 US National Championship, which is what the US Open was called then.

Unfortunately, Anderson did not triumph in the finals, the sheer force of Rafael Nadal’s all-court game got the better of him and he was defeated 6-3, 6-3, 6-4.

Kevin Anderson is famous for his huge serve, but Nadal refused to be intimidated by it and pressured Anderson’s serve from the outset, breaking it four times. Anderson admits “It was Nadal, not nerves” that got the better of him during the game. During the game Rafael Nadal played near-perfect tennis, committing just 11 unforced errors, never facing a break point and winning all 16 points at the net – clinching the title with a beautifully timed volley.

Kevin Anderson currently ranked in the top 20 in the world

Post his appearance in the US Open, Anderson is currently ranked No.15 in the world in men’s singles by the Association of Tennis Professionals (ATP). He has led the way in South African tennis since 2008, when he became South Africa’s top-ranked player after making the final of the 2008 Tennis Channel Open in Las Vegas.

In October 2015, he reached his current career-high ranking of World No.10 – making him the first South African to be ranked in the top 10 since Wayne Ferreira was No. 10 back in 1997.

2016 was a year of hip, thigh, leg and elbow injury struggles for Anderson, but 2017 has been a far better year with the triumphant point being his appearance is one of the most open grand-slams in recent times. When Anderson made the finals, he was only ranked 32nd – making him the lowest-ranked finalist in US open history, beating 22nd-ranked Australian Mark Philippoussis in 1998.

Anderson says “The target of getting back to No 10. In the world is something I set myself a little while ago…this summer I’ve really put myself in a good position…It’s great to see the jump I’ve made and the spots I’ve been able to climb, something I can be very proud of.”

“This isn’t the result I wanted but I’ll keep fighting & I’ll be back. Thank you all for everything these 2 weeks”@KAndersonATP #USOpen pic.twitter.com/WK73n06D3m

We are all equally proud of Kevin Anderson and wish him the very best as as works to achieve his of becoming the World’s No.10.