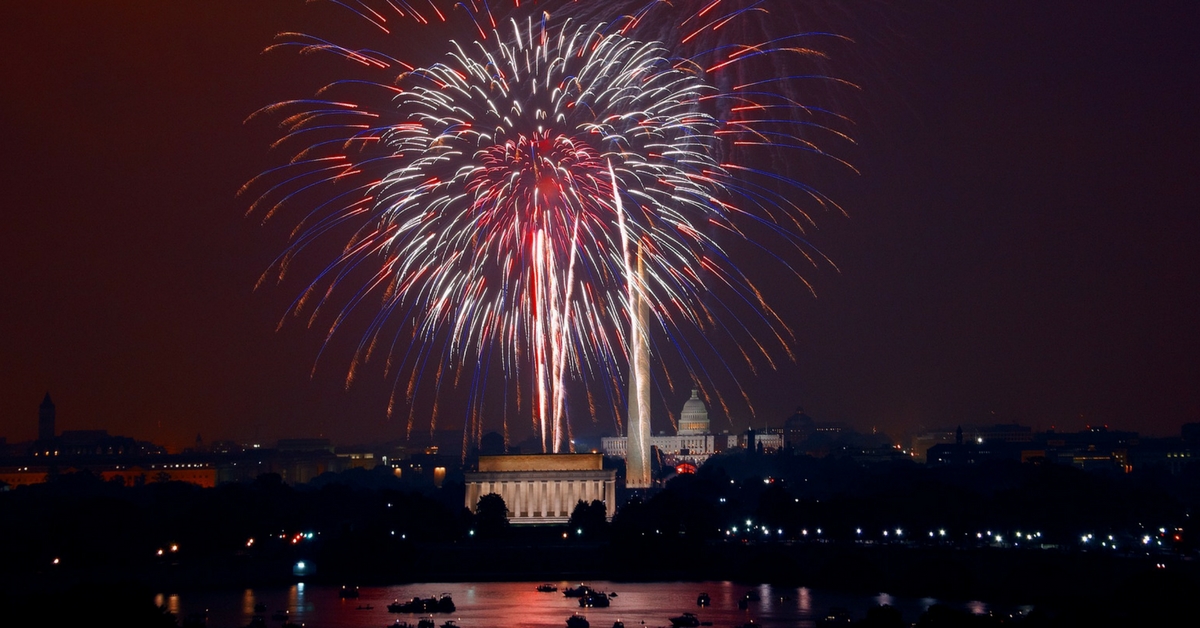 If you’re an expat in the USA or are heading soon to America, you’ll be very aware that the 4th of July is just around the corner. The 4th of July is a federal holiday in the United States commemorating the adoption of the Declaration of Independence on July the 4th 1774. This was the day the thirteen colonies claimed their independence from England and it is one of the biggest holidays of the year with the whole of the USA celebrating the birth of the United States of America as an independent nation.

Why fireworks are part of the festivities

America’s first vice president, and later the country’s second president is the person who first envisaged lighting up the skies each Independence Day. In a letter to his wife he said “ It ought to be solemnized with Pomp and Parade, with Shows, Games, Sports, Guns, Bells, Bonfires and Illuminations from one End of this Continent to the other from this Time forward forever more.”

Adam’s wish came into effect the following year with ‘illuminatory’ celebrations in Boston and Philadelphia on July 4 1777.

The best places to watch the fireworks in 2017

This is the biggest display in the USA and uses 50 000 effects in a 25- minute spectacular show that is viewed live by 3 million people. In 2017 the pyrotechnics will be launched from Brooklyn Bridge with five additional barges strategically placed on the East River between East 23rd and East 37th Streets

For a special patriotic occasion, watch fireworks explode over the reflecting pool in front of the Washington Monument. Bring a picnic and enjoy a wonderful day out.

This wonderful display is renowned for its live music accompaniment performed by the world-famous Boston Pops Orchestra and comes complete with real cannon fire. For great views, watch from the Harvard and Longfellow Bridges.

Addison (Kaboom!) Town Dallas has an infamous 25-minute display using 3 500 pounds of fireworks and attracts hundreds of thousands of visitors every year. To get the best view, find a place in Addison Circle Park.

Philadelphia holds a week-long Fourth of July celebration, as this was where the Declaration of Independence was signed. At the end of the week there is the largest free concert in the country and in 15 minutes more than 15 0000 fireworks explode into the sky. This year Mary J Blige and  Boyz 2 Men will be playing

Watch the 25-minute firework display reflected in the mirror-clear waters of Lake Tahoe with the Sierra Nevada Mountains creating the perfect backdrop. The best spots to view include Nevada Beach and Timber Cove Marina.

The spectacular display over San Francisco Bay is a wonderful site that includes over 10 0000 effects over 25 minutes and draws hundreds of thousands of viewers from all over the USA. Pier 39 is where all the action happens, so try and get a place there or any other spot on Fisherman’s Wharf.

If you’re thinking of immigrating to the USA and need any advice about your financial emigration, contact us today and we’ll help you on the path to financial freedom in your new home.
[contact-form-7 id=”6581″ title=”_Blog post (call me)”]