Home » Far-flung places to immigrate to: Settling in Slovenia

Far-flung places to immigrate to: Settling in Slovenia

Home » Far-flung places to immigrate to: Settling in Slovenia

Far-flung places to immigrate to: Settling in Slovenia 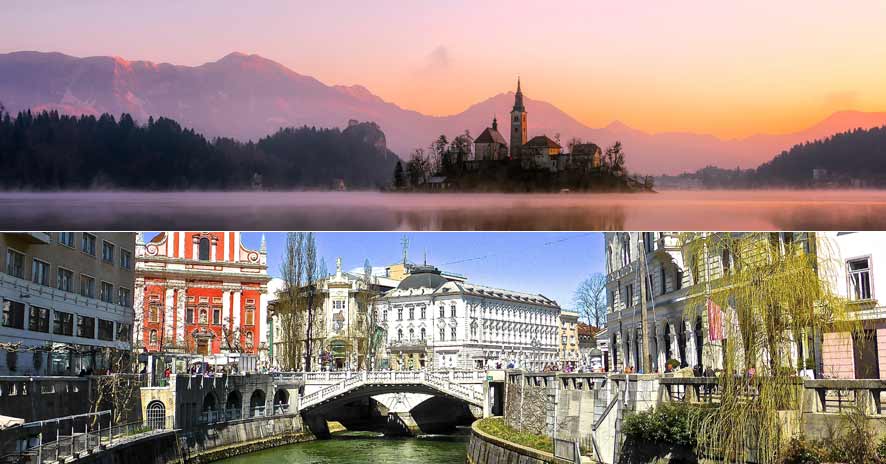 Slovenia is a country that is attracting more attention from expats – particularly as it has come in strongly, at position 10 out of 162 countries, on the 2016 Global Peace Index ranking – which ranks the most peaceful countries in the word. Slovenia at number 10 holds a truly admirable position, especially when you consider that other top expat destinations rate far lower on the list with the UK at number 47, The USA at 103 and Australia at 15. Discover more about what makes Slovenia such a special place:

What expats need to know about Slovenia

A beautiful country with dramatic differences

Slovenia (not to be confused with Slovakia) is a small country with diverse terrains and a rich culture. Bordering Italy to the west and Austria to the north it is home to mountain ranges, huge forests, vineyards, beaches and ski resorts. The small size of the country means you can literally swim in the ocean in the morning and go skiing in the afternoon! Naturally the climate is equally dramatic – Mediterranean at the coast, continental in the centre and alpine in the mountain regions.

Although the country is small, its population of 2 million matches its size and expats can expect plenty of space,

Slovenia is centrally situated in Europe and as the second richest Slavic country, it is considered to be a country with a developed economy where one can earn a good income, which is attractive to expats who are looking to further their careers. The most prosperous regions of Slovenia are the Central Slovenian region, which includes the capital Ljubljana and the western Slovenian regions. Like many countries, Slovenia was hit by the financial crisis in 2007 – 2010, which it is slowly working to recover from.

Over one-third of the people in Slovenia are employed in construction and almost two-thirds of the population are employed in services. It is considered to be a country with an educated workforce and a well-developed infrastructure. Its main industries are motor vehicles, electric and electronic equipment, machinery and fuels.

A diverse collection of languages

The official language in Slovenia is Slovene, however Slovenia ranks among the top European countries when it comes to knowledge of foreign languages. English, German, Italian, French and Spanish are taught at school and over 90% of Slovenians speak at least one foreign language and 70% of the residents speak at least two – which is the highest percentage in the European Union.

Slovenia is welcoming when it comes to expats. There are good international schools especially in the capital Ljubljana, which offer the IB, French and British curriculums. When it comes to purchasing property both EU and British citizens can own property with relatively little hassle in terms of paperwork or restrictions. Expat communities are mainly found in the urban areas where they enjoy plenty of greenery, open spaces and a wide variety of accommodation suitable for families.

If you’re thinking of immigrating to Slovenia or abroad to another country and need advice concerning your finances, contact us today. We’re here to help you unlock your South African wealth and put you on the path to financial freedom in your new home.
[contact-form-7 id=”6581″ title=”Blog post (call me)”]