Home » Yes, you can immigrate to Canberra!

Yes, you can immigrate to Canberra!

Home » Yes, you can immigrate to Canberra!

Yes, you can immigrate to Canberra! 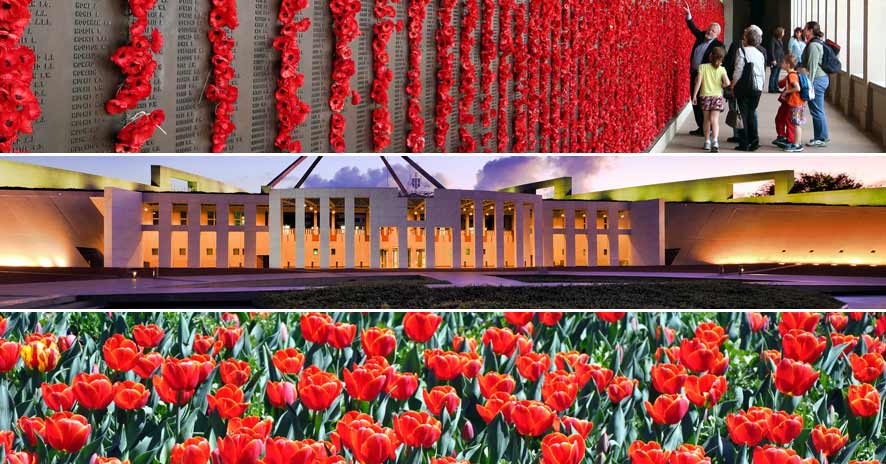 Whenever you speak to an expat immigrating to Australia and ask them where they are heading, you’re likely to hear Sydney, Perth (popular with South Africans), Melbourne, and Brisbane…but how often do you hear Canberra? Well, if you haven’t considered Canberra as an ideal city to live in, here are a few reasons why it should top your list of Australian cities.

Reasons to consider immigrating to Canberra in Australia

Canberra is hip, modern and happening

Don’t be mistaken by the local’s pet name for Canberra as the “bush capital” of Australia. It is far from primitive. It’s a young, modern city and its name comes from its abundance of nature reserves and national parks. Canberra is Australia’s capital city and it is Australia’s largest inland city and eighth biggest city. It is an entirely planned city and every effort has been made to adhere closely to the garden city movement, which promotes the inclusion of natural vegetation into the city.

Canberra is the seat of the government in Australia and has a high proportion of public servants. Canberra also has a thriving expat community with many expats from the UK or China with others coming from Europe and Southeast Asia. The population is generally young, with the average age of a resident in Canberra being placed at 34!

Canberra has a burgeoning wine region

Canberra’s wine region is a mere thirty-minute drive from the city and consists of more than 30 wineries, many of which offer food and accommodation. Top wineries include Eden Road Wines, Lerida Estate and Mount Majura Vineyard. If you enjoy tasting wine, you’ll be pleasantly surprised by the variety of grapes grown here which include Chardonnay, Sauvignon Blank, Riesling, Cabernet Sauvignon, Viognier, Shiraz and Pinot Gris.

Canberra provides both beaches and snow!

Yes there is snow in Australia and you’ll find in the Australian Alps, located a mere three hours outside Canberra. Here amongst these towering, snowy peaks you can indulge in skiing and snowboarding and take part in the many events and festivals taking place all year round. If you prefer chasing the sun, head down Canberra’s south coast to Batemans Bay and the Eurobodalla Coast for pristine sandy white beaches and crystal clear waters.  These oceans are rich with marine life and ideal for deep-sea fishing, diving and snorkelling. North of Eurobodalla is the Shoalhaven coast, home to the Jervis Bay Marine Park which is the habitat of exotic sea life.

Unemployment in Canberra is below the national unemployment rate and the gross average weekly wage is higher than the national average. House prices are lower than Sydney and general education levels are high. Canberrans are well educated and highly motivated and over 45% of the residents have a level of education equivalent to a least a bachelor’s degree or higher. A report by the Organisation for Economic Cooperation and Development has recorded that houses in Canberra are the biggest in Australia, with 75% of people living in detached homes and the city is 10 times less dense than Sydney or Melbourne – so you have plenty of room to enjoy!

If you’re thinking of immigrating to Canberra or any other city and need advice concerning your finances in your new country, contact us today. We’re here to help you unlock your South African wealth and put you on the path to financial freedom in your new home.
[contact-form-7 id=”6581″ title=”Blog post (call me)”]