Home » Junk status and the plummeting rand – what does it mean for SA expats abroad?

Junk status and the plummeting rand – what does it mean for SA expats abroad? 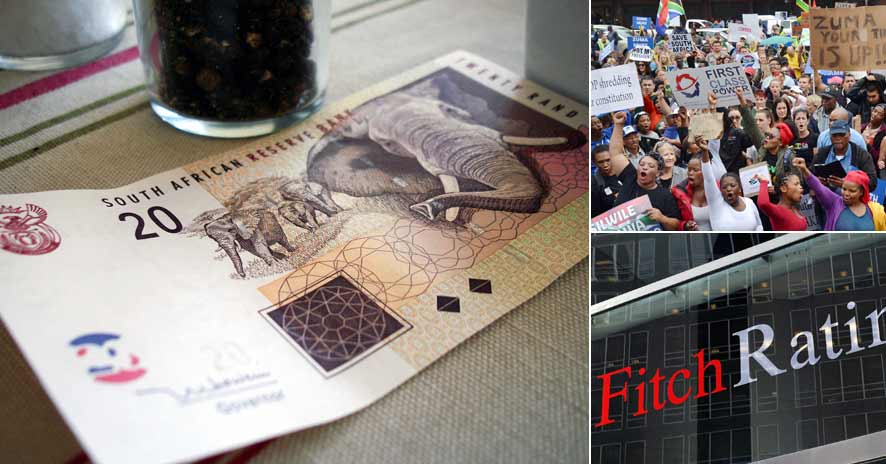 If you’re an expat living abroad, you can’t help but be aware of all the turbulent events taking place in South Africa. President Jacob Zuma’s cabinet reshuffle, which included the firing of finance minister Pravin Gordhan and deputy finance minister Mcebisi Jonas has sent shock waves across South Africa and the world. The immediate reaction of the global community to Zuma’s actions was a plummeting rand and the downgrade of SA’s sovereign credit rating to junk status by two rating agencies – Standard and Poor’s (S&P) Global and Fitch Ratings.

What does a downgrade mean for South Africans at home?

South Africa’s foreign debt has been downgraded to junk status by Standard and Poor’s and Fitch, which means they regard the likelihood of this debt being repaid to be very low. When Standard and Poor’s announced the downgrade, the rand dropped to R13.70, its lowest level since January 2016. Although it bounced back a few hours later, analysts predict it will continue to weaken. Moody’s Investor Service has also put SA’s local and foreign currency ratings on review for a downgrade and they are expected to announce their decision within 30 to 90 days.

For South Africans living in South Africa these ratings downgrades will likely result in an interest rate increase due to lower access to credit. This means that South Africans with debt will pay more for the privilege of borrowing and home loans and vehicle finance payments will increase.

The effects of a free-falling rand

If the rand goes into free fall as many analysts predict and reaches R16 to R17 to the US dollar, living in South Africa will become a lot more expensive as inflation, food prices and petrol prices increase. As the rand depreciates against other currencies, any investments South African expats have in South Africa will naturally be affected as the rand value against their current currency dwindles.

How SA expats can hedge against the falling rand

If you are a South African expat living overseas, one of the ways you can protect your South African pension or retirement annuity from the falling rand, is to cash it in now, while the rand is still showing strength, and transfer it overseas to your new country.

As South Africa’s leading financial migration brand we regularly assist South Africans living overseas turn their retirement annuity policies into cash and then transfer the funds to their new homes. The good news is this can happen even before your turn 55 and the funds can be used for any purpose, whether you choose to invest them or purchase a new home.

We provide a complete solution, which more than 60 000 clients in 105 countries have so far taken advantage of and we have a 100% success rate. In addition we provide highly competitive exchange rates and require no up-front payment.

If you’d like to know more about how we can assist you with cashing in your retirement annuity or transferring your South African funds to your new country, contact us today.  We’re here to help put you on the path to financial freedom in your new home.
[contact-form-7 id=”6581″ title=”Blog post (call me)”]