Home » What does SONA 2017 mean for the future of South Africa?

What does SONA 2017 mean for the future of South Africa? 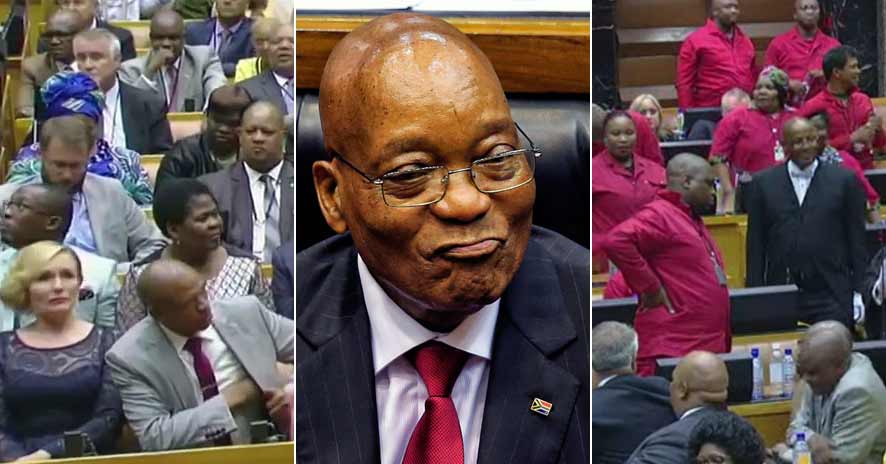 If you watched President Jacob Zuma’s 2017 State of the Nation Address (SONA) delivered in Parliament on Thursday the 9th of February, you might be wondering what the future holds for South Africa. For some soon-to-be expats, the violence and uproar that the event descended into could be seen as a sign they’re making the right decision in leaving the country. For other expats arriving in South Africa and for the rest of South Africa’s residents, it raises a number of issues.

A recipe for disaster?

The heavy-handed police and security presence at the event was labelled a ‘recipe for disaster’ by many watching and attending. The Democratic Alliance Leader Mmusi Maimane has announced the party will be taking action in the courts in response to the heavily armed members of the military police inside the parliamentary precinct.

Tear gas was deployed in the gallery of Parliament and stun grenades were used outside and Maimane has said it “has become quite clear that Parliament is now a broken institution”. The EFF MPs were forcefully evicted from the House and the DA party walked out of the house in protest to the actions and events taking place.

President Zuma’s macroeconomic policies were labelled as the most populist ever delivered, designed to appeal to the radicals who support the ANC. Zuma prioritised land and business ownership for the black majority and said the skewed nature of ownership and leadership patterns in the country needed to be corrected.

Part of the regulations going forward will affect construction companies in particular as they will be forced to subcontract 30% of all their business to black-owned businesses. Key governmental priorities this year will address the increasing delays and backlogs in registration and issuing of title deeds to beneficiaries of housing projects funded by the capital subsidy.

In terms of the economy, Zuma declared the government would use every means at their disposal from regulation to legislation to black economic empowerment charters and the national budget to further their goal of radically transforming South Africa’s economy to ensure black South Africans have greater ownership.

On the issue of renewable energy, Zuma reassured South Africans saying that renewable energy formed an important part of the country’s energy mix, which would also include gas, nuclear, hydro and coal.

#PresidentZuma: The economy is not growing fast enough to create much needed jobs #SONA2017