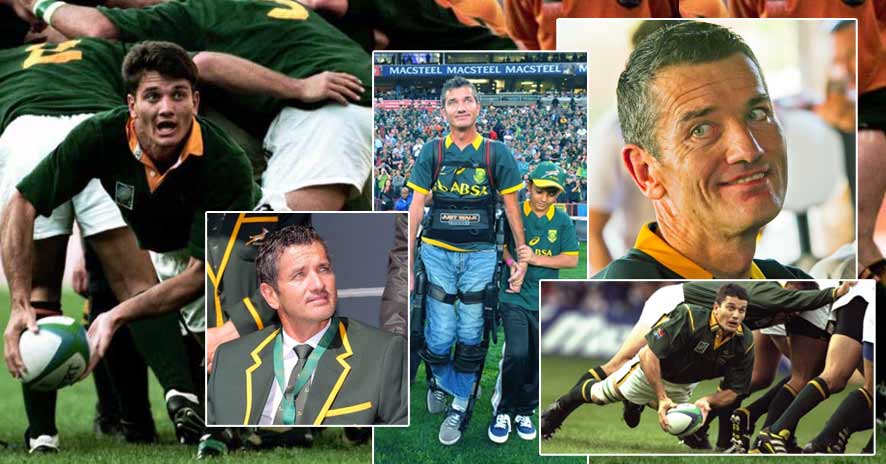 South Africa has produced many great sporting legends, and the late Joost van der Westhuizen was no exception. A brilliant scrum half, despite him being larger than usual scrum halves, standing at 6ft 2 inches, he captained his first international match at the age of 22 against Argentina.

Joost also set up a charitable organization called “the J9 Foundation” to raise awareness on motor neuron disease after he was diagnosed with the disease in May of 2011.

Joost van der Westhuizen will be remembered as one of the greatest South African rugby players and will be fondly missed by his family, friends and his many fans.

Here are some of the video tributes made, commemorating the life that Joost van der Westhuizen had lived: