Home » Far-flung places to immigrate to: Why Ecuador is a favourite of expats

Far-flung places to immigrate to: Why Ecuador is a favourite of expats 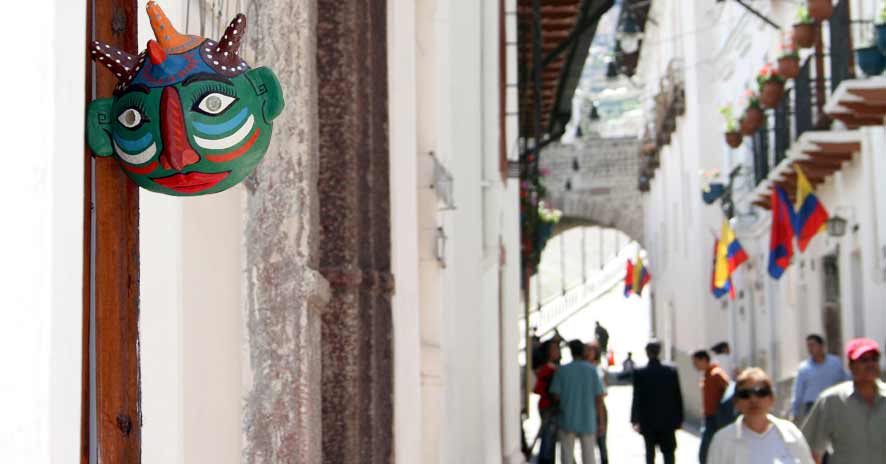 Ecuador was named as the favourite place for expats to live in 2015’s InterNations’ Expat Insider survey. The reason for its popularity is that it occupies first place in the Personal Finance and Cost of Living indices with 91% of people saying they are happy with their cost of living and 80% saying they are satisfied with their financial situation.

Ecuador also occupies the top position for Personal Happiness with respondents reporting a general happiness with their everyday life. It also tops the list as the country that is “easiest to settle in” which measures how easy is to find friends and how welcome expats were made to feel.

In terms of job security, it falls down the list to number 22 – which is probably why the majority of expats living in Ecuador tend to be retired US Americans (56%). For most expats, it is a country to reside in for life, rather than a quick stop over with 45% saying they might stay there forever.

So what can you expect to find if you arrive in Ecuador as an expat?

Why Ecuador is such a great expat nation

Most expats live in the capital Quito but the peaceful city of Cuenca is growing in popularity.

Dan Prescher, the special projects editor for InternationalLiving.com who is settled in Ecuador says “Ecuador is one of the most affordable places in the western hemisphere that has good services and infrastructure…the value of your dollar is incredible”

For approximately $1500 a month it is possible to rent a three-bedroom apartment with river views in Cuenca (the third largest city in Ecuador), pay for utilities and all your food. This is confirmed by MarketWatch which reports that most expats say they live on $2 000 a month, sometimes even less.

Expats in Ecuador report they are satisfied with their medical care. A survey conducted by International Living concluded that it costs only 10% to 25% of what it does in the United States and many of the doctors have been trained in the US and Europe. Expats praise Ecuadorian doctors who “put their patients first” and often spend 45 minutes per consultation. Private hospitals in all major cities are equipped with the latest medical technology and the cost of private medical treatment is a fraction of the price that expats from the US and Europe would be used to paying.

Ecuador has good, well-established public school system, but as the lessons are delivered in Spanish, it isn’t an option for most expats. The obvious solution is the growing number if international schools – but the fees of these can be very high and many expats often sent their children abroad to school.

Diverse in culture and scenery

Expats moving to Ecuador are often completely lost for words when they are confronted with the country’s diverse natural beauty. In one country, you can experience the Amazon jungle, the breath-taking Andes and a beautiful coastline. In terms of culture, it’s important to realise that Ecuadorian culture is not one single culture – but a whole range of cultures mingled together. Ecuador’s official language is Spanish but ten native languages are also spoken. English is the most spoken foreign language.

Make the move – and we’ll move your money!

If you’re looking to make a leap into the unknown, simply leave your details and we’ll assist you with your cross-border money matters.
[contact-form-7 id=”6581″ title=”Blog post (call me)”]