Home » Forex alert! Trump wins… where to from here?

Forex alert! Trump wins… where to from here? 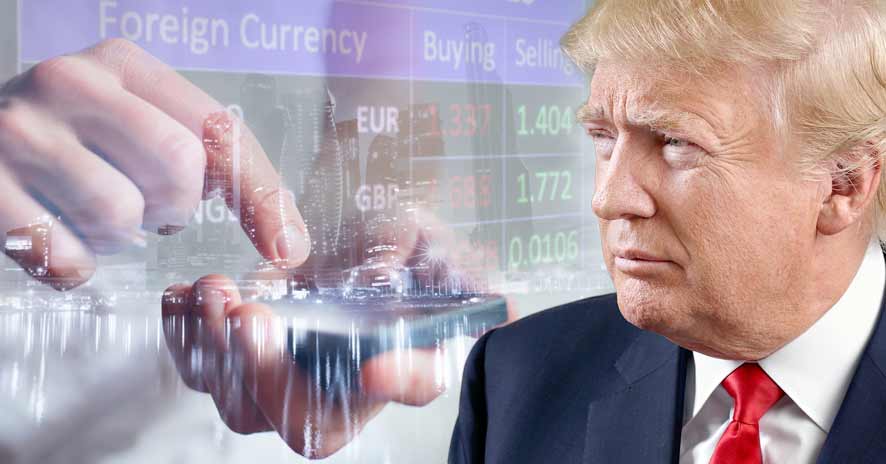 The results of the US presidential election may have come as a big surprise, or perhaps it’s what you expected – but irrespective of your pre-election views, people around the globe are taking stock, selling stock and eyeing exchange rates for a glimmer of hope.

If you have rand to convert, we can assist you with swift conversions and transfers at competitive rates.

If you’ve watched the markets in the past 24 hours, you’re probably feeling a bit winded. With Trump winning the US elections, it’s fair to say that things have been rather chaotic. Most investors, it seems, have opted to hedge their bets in safer investments like the Yen and gold.

The USD and AUD in particular have taken quite a knock, and emerging currencies like our rand have felt the repercussions. That said, after a steep slide it now seems ground.

It should be noted, that a weak US currency has historically had a huge impact on South Africa’s economy; generally such conditions prompt investors to be more conservative and pull out of emerging markets. It’s also important to bear in mind that Trump has every intention of reviewing free trade policies, which can hardly be perceived as positive from a South African perspective.

With the African Growth and Opportunity Act (AGOA) now hanging in the balance, South Africa will have to restrategise if we’re to maintain our export industry. Our wine industry, in particular, will take a major dent if AGOA is to be repealed. Stanlib Chief Economist, Azar Jammine, is one of the analysts who believes Trump’s win could spell disaster for South Africa’s economy.

Though the rand may be gaining back its footing amid market turmoil, it could be a fleeting reprieve. Previous economic shocks and recessions abroad have had a significant impact here in South Africa. We could, for instance, expect a tapering off of investment as well as reduced exports as other countries focus on the stabilisation and recovery of their own economies.

Convert while the iron’s hot

It’s impossible to predict where currency markets will go as the dust settles, post election, but that said we’re already seeing people “vote” with their feet by switching out of rand rather than gambling with the future.