Home » Republican vs Democrat – how will the next US government affect you?

Republican vs Democrat – how will the next US government affect you? 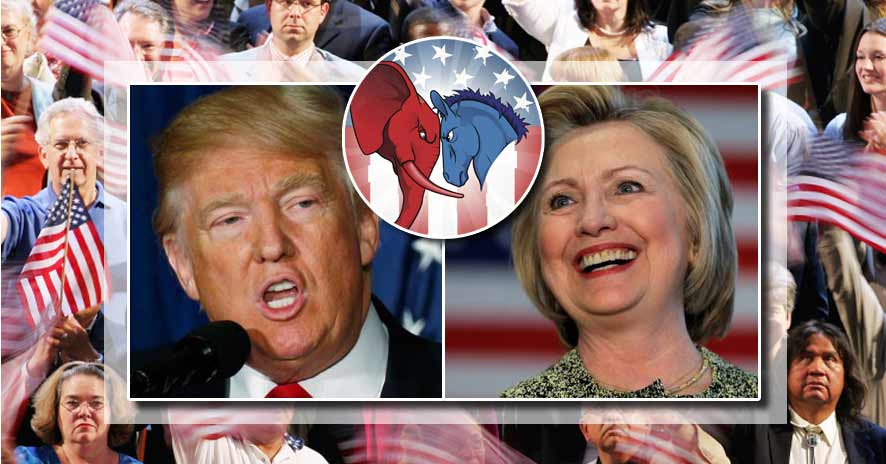 With less than a month to go before America votes for their new president, we’re undoubtedly heading into some rough waters. And this holds true even if you aren’t a US citizen.

The question most of us living outside American borders or those with foreign roots is undoubtedly how the US presidency will affect the rest of the world.

Although the respective policies are much more complex than we can cover in a mere blog, there are major differences in the two opposing parties’ policies. We’ll take a brief look at those major differences and how they could affect you.

Although most people may have clear views on the leaders currently standing for office – it’s less clear which of the two parties offers the policies and ideologies which align most closely with our individual beliefs, and it is therefore not our aim to sway our readers to any side, merely to reflect on their policies and possible implications.

Which American presidents were democrats, and which were republicans?

Of course, although the rest of the world may be acquainted with some of the past US leaders, it’s not necessarily clear which side of the fence these presidents operated.

Education and experience of the candidates

The presidential candidates of the two parties have varied experience, as highlighted below.

Stance on finance and the economy

The general view is that the Republican Party is more “business friendly” as it opposes government regulation – this includes restrictions on business based on environmental concerns, labour unions, healthcare and retirement benefits. The Democratic view is that government regulation is necessary to protect the interests of the labour force. Republicans will therefore limit expenditure through limiting provisions for the labour force and environmental initiatives, while the Democrats will increase expenditure for labour, social and environmental welfare but foot the bill through higher taxation on businesses and high-income citizens.

The US foreign policy is mostly applicable to its military involvement. Though most parties see it fit to intervene in foreign unrest, the Democrat view is that there should be limited involvement with regards to manpower and more targeted strikes. The Republican view is that the US should enter areas of unrest in full force to displace totalitarian regimes.

When it comes to foreign trade, both parties are opposed to free trade to a certain extent. Interestingly, though, Trump in the Republican camp doesn’t mirror the traditional Republican views which is in favour of free trade. Though neither candidate oppose free trade completely, both feel that the terms should be renegotiated. This has implications for the Trans-Atlantic Trade and Investment Agreements as well as the African Growth and Opportunity Act (AGOA). Both parties have hinted at “canning” the EU-US trade deals, but Clinton is a staunch supporter of AGOA.

Luckily for all our saffa expats out there, both the Democrats and Republicans favour legal immigration, but it should be noted that Trump has always held the opinion that legal immigration should not be easy. In his own words; “Legal immigrants do not and should not enter easily. It’s a long, costly, draining, and often frustrating experience – by design.”

Trump is particularly opposed to Islam, dubbed the “Muslim problem”, which he aims to address by stopping immigration from any nations compromised by terrorism. His blanked Muslim ban which he suggested in December 2015 has been relaxed, but it’s still unclear how he will formulate immigration policies should he be elected. As part of his 10-point plan to put America first, his first project would be the erection of a giant wall around the country’s southern border for which he says Mexico will pay. Step six of his plan includes the suspension of visas from regions where screening is not deemed adequate by US standards. He also aims to cease the “marketing pull” of America as immigration destination by “turning off the jobs and benefits magnet” – offering jobs and benefits to native citizens first.

The immigration controversy, however, is mostly focused on the treatment of illegal immigrants, and whether they should be allowed to stay or be deported. The Democrats believe there should be a pathway to citizenship for illegal aliens, while the Republicans vehemently oppose this idea. There are, however, concerns that a Republican president may tighten the criteria and requirements for immigration, as Trump has promised supporters authoritarian leadership which does not favour globalisation and immigration.

Clinton, on the other hand, believes that America has a responsibility to the world’s refugees and as part of her term she aims to offer asylum to over 600 000 refugees. She also aims to give amnesty and benefits to qualifying illegal immigrants and to boost low-skilled immigration.

It’s no surprise that the two parties don’t see eye to eye on issues of equality. The Republican view upholds Christianity, heterosexuality and stricter policing of minorities while the Democrats uphold freedom of religion, LGBTQI rights and the promotion and protection of women and minorities – in particular a legal requirement to hire women and minorities.

These views could clearly influence the immigration policies imposed after the election – and we could see stricter vetting of immigrants based on their religious stances, sexual orientation, gender and race.

It should be noted, however, that Trump’s opinion on issues of equality has changed over time and he has, to a certain extent, become more liberal in his views around LGBTQI rights and religious freedom.

A topic which may not have such great bearing on us expats, but rather our views from a global perspective is that of energy and climate change. With scientists worldwide, including NASA, having confirmed the reality of climate change, and 97% of climate scientists confirming that it’s due to human activities, it’s undoubtedly something which affects all humans – irrespective of your location on the global map.

The Republican view is that climate change is not real and that countries should continue drilling, mining and only using fuel alternatives if they make financial sense.

The concept of global warming was created by and for the Chinese in order to make U.S. manufacturing non-competitive.

.@LeoDiCaprio@NASA made this #film to prove #climatechange is real.#Trump thinks it was made up by the Chinese.https://t.co/oKhqafjZ6W

There are opposing views on the implications for South Africa should Clinton or Trump be elected. Most analysts believe that a Democratic presidential candidate won’t have such great bearing on South Africa’s economy and that a Democratic presidency would favour immigration. It is widely believed that a Republican presidency will thwart immigration and South Africans may find it harder to enter US borders or get citizenship if they are already in the country.

Of great importance to South Africa is the fact that banking exposure data indicated that of all countries in the EEMEA (Eastern Europe, Middle East and Africa) region, the US credit as a share of GDP is the highest in South Africa, at 43%.

Economically, it seems possible that Trump would rethink or at least renegotiate the terms of AGOA. Although many South Africans only became aware of AGOA after the imports of chicken from the US earlier this year, the Act was ratified in 2000 and greatly benefits African countries like South Africa. Should the terms be altered or the Act be revoked, it could spell disaster for South African exports to the US.

With regards to investment, analysts believe it could go either way for South Africa under US-Trump-leadership. On the one hand, Republican rule could see investors move their money outside US borders, which could be favourable for emerging economies. On the other hand, investors might opt for safer and more stable shores – which could see them withdraw from South Africa.

Only time will tell what the future holds, but it would be wise to keep our eyes on the US elections.