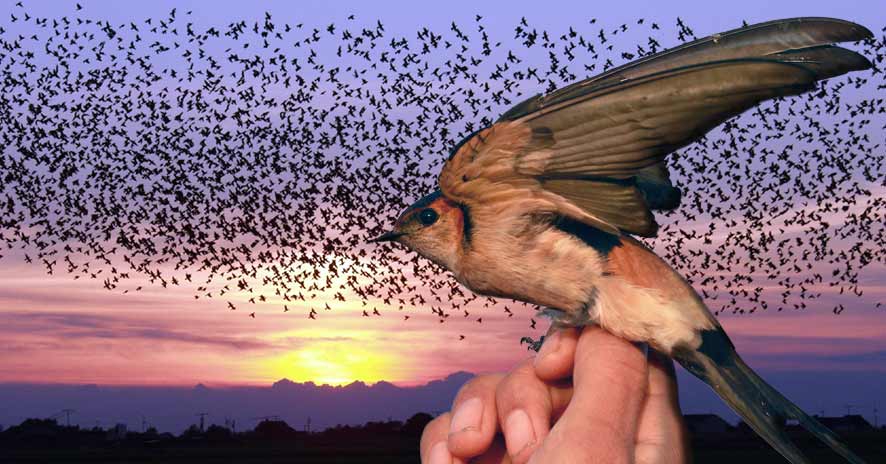 No, no, it’s not what you’re thinking. We don’t have any pictures of someone’s gran or grandpa (bless their souls) here. What we’re talking about is South Africa’s real migrant elders – the dinosaurs of the sky!

Chasing summer all year round

Across the globe millions of birds migrate between countries, continents and hemispheres each year, chasing summer – because summer means food. Migrating birds are usually insect-eaters and waders who follow predetermined migration patterns.  Some seedeaters are also migratory – but their migration patterns are more random (and regional), while fruit eaters tend to stay put.

Lucky for these endothermic vertebrates, no passports or visas are required for their intercontinental trek.

South Africa is one of the top birding destinations in the world and it’s understandable why – we have approximately 850 bird species of which 50 are endemic. Migrant birds travel between South Africa and the Arctic, Europe, Central Asia and Antarctica – some travelling more than 10 000km. The most ‘trafficked’ migration route to Africa is through the Middle East, as you can see on this map.

Migration usually occurs at the end of winter and beginning of autumn. Though most birds follow set migration pathways, there are some anomalies. This includes the Amur and Red-footed Falcons who migrate between South African and the Russian Steppes. While they follow a set path over India and the Middle East to South Africa, they have a different route back to Russia – a phenomena which has perplexed ornithologists.

Migrant birds travel an average of 240 km per day, with swallows setting the record for fastest travellers (at 370km a day). The ‘Distance Champion of Raptors’ (as dubbed by National Geographic) is the Lesser Sotted Eagle. One of these birds took four months to migrate from Germany to the Lebombo Mountains and departed again four months later.

We are absolutely fascinated by our feathered friends who make travelling between countries and changing up homes look so easy. If only us humans were so resilient.