Home » Brexit and your money – impact on the global economy

Brexit and your money – impact on the global economy

Home » Brexit and your money – impact on the global economy

Brexit and your money – impact on the global economy 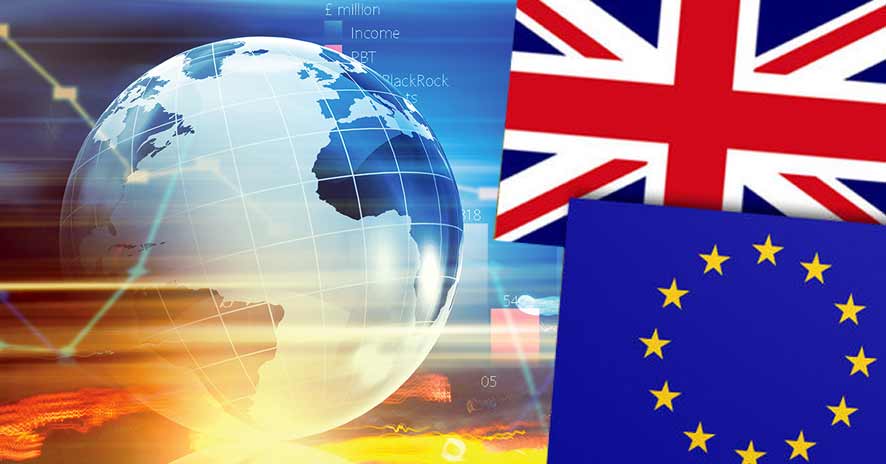 In this week’s newsletter, we took a brief look at Brexit – the possible implications and impact on South Africa. We’re continuing our analysis of Brexit and how it may impact the global economy.

So what else should we consider? What more is there to say? A lot, really – as it turns out, we’ve only but grazed the surface of the Brexit debacle.

UK’s credit rating fears are confirmed, and far from over

It’s happened – the UK was stripped of its AAA credit rating on Monday by credit ratings agencies Standard & Poor and Fitch – a move which saw the TMBMKGB-10Y fall below 1% for the first time in 10 years.

Fitch has warned that ratings could continue to drop should the British economy fail to stabilise. Of course, this is something South Africans know only too well. Though our fears have been curtailed for the time being – the UK has not been that lucky.

It remains to be seen how investors will react should Sterling continue its current trajectory.

Although the UK could still surprise the world and regain its economic footing, all indicators are pointing towards a less rosy outcome. In fact, UK Treasury chief, George Osborne, warned that raised taxes and spending cuts are unavoidable outcomes of the Brexit vote.

In fact, the Brexit vote has already seen the resignation of Lord Jonathan Hill, Britain’s most senior official in Brussels – something which has left several firms fearing for tougher European regulation. The Bank of England, on the other hand, will need to buy pounds to stabilise its value, an unfortunate backlash of Brexit. Though the Leave campaign also told citizens to ignore the possibility of a negative impact on the UK’s economy, Brexit saw the UK economy lose more money in a single day than it paid to the EU in 15 years.

The Harvard Business Review dubbed Brexit “one of the most consequential events for America and the world since the end of the Cold War.” One of the most impactful consequences would be a Scottish independence referendum seeing the dissolution of the UK. Although Scottish independence could possibly devastate the Scottish economy itself,  JP Morgan believes Scotland will definitely leave the UK and opt for a new currency. The impact on the UK economy would be a 7% cut in exports value. In addition, Scotland’s mainly liberal political vote would also have to be excised – leaving the House of Commons with a Conservative majority of 21.

However, one of the biggest impacts will be on the UK’s relationship with the US. A diminished UK will not be able to play the pivotal role in military and intelligence operations it has thus far under the NATO alliance. Though the UK is not set to lose its NATO membership, a dissolved UK will reduce the UK’s distinct military power. Some analysts believe that this would be one of the most notable and costly impacts of Brexit – a sentiment which was echoed by the head of the US army in Europe.  The sentiment is that Brexit could bolster Russian clout and encourage Russian expansionism.

Of course, many travellers are leveraging the weakened Pound for travel advantages, but the outlook for tourism is much hazier. With a strong currency thus far, many countries have relied heavily on British influx – especially those dependent on tourism incomes. Though a crumbling Sterling could make it easier to travel to the UK, the same cannot be said for those exiting UK borders.

The impact on the EU alone is rather disturbing. A recent ABTA and Deloitte report focused on the impact of Brexit on EU travel. Possible repercussions include new customs regulations, increases in mobile phone charges, cessation of financial protection and healthcare, higher travel costs, environmental impacts and border delays. 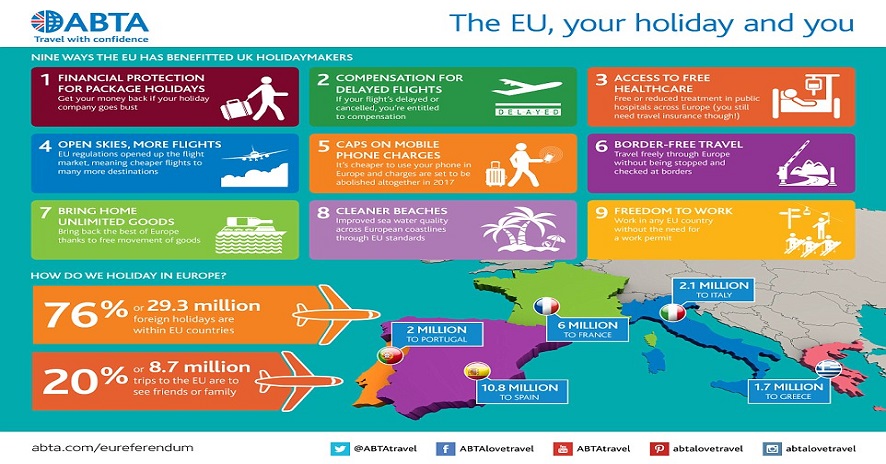 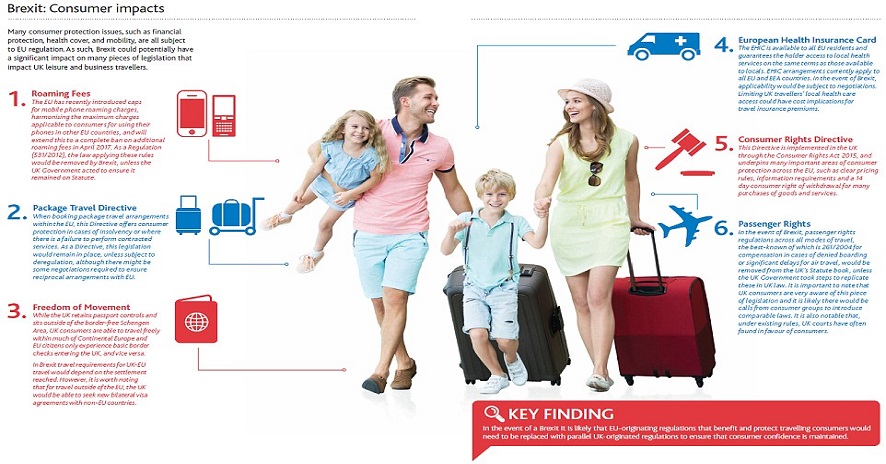 It is not only the EU which will suffer as a result of Brexit though. As the Pound loses its footing, British travel to other parts of the world will also be curtailed. This could cause a dent in the purses of countries with a high percentage of GDP from Tourism, including the Maldives, Seychelles, Bahamas, Aruba, Anguilla and the Caribbean. Of course it goes without saying that British influx to South Africa would be reduced as well.

Political unrest and upheaval in the UK and EU

One of the Leave campaign’s main calling cards was the notion that Brexit would re-appropriate wasted tax money for NHS purposes – a campaign which was highly successful in swaying votes. Unfortunately, many voters have been left disillusioned after Nigel Farage’s backtrack on the £350m NHS pledge mere hours after the Brexit announcement. In fact, Vote Leave even wiped their campaign promises from their website following the referendum.

Though a petition for a second referendum has reached over 2.5m votes, a second vote would shake up constitutions around the world and place a question mark over democratic referenda and elections of any kind. It would simply mean political suicide to give in to these petitions, as the very foundations of any parliament is decisiveness which builds trust with the citizens they represent. Should rulers go against the outcome of any democratic elections, this could trigger widespread unrest within country borders and elsewhere. It could cripple the very constitution it is trying to uphold.  It is therefore no surprise that David Cameron has stated a second referendum is out of the question.

But this is not the only troubling part about Brexit – of greater concern is the brewing pot of racism and division which is boiling over in the UK and EU. In France, right-wing National Front Leader, Marine le Pen is gaining power amidst the Brexit turmoil, and the same goes for right-wing German and anti-EU Netherland camps. On British soil, reports of hate crime and racial abuse have skyrocketed after the referendum announcement, and the increase in such crimes is set to continue.

As an emerging economy, South Africa is most concerned with Brexit’s impact on our future. The Rand took another 2.5% tumble on Monday, but it’s not the only economy which nosedived. The Polish zloty, Yuan and Mexican Peso have all seen major losses since the Brexit announcement and MSCI Emerging Markets Index of 23 countries has fallen more than 5% in total since Friday.

Of course, the impact on emerging markets won’t be the same across the board – as it will mainly affect those countries with UK and EU trade agreements… countries like South Africa. Of course, the UK does not rank at the top of South Africa’s trading partners – coming in, in 7th place – but this is still a noteworthy partnership. The greater issue comes from the UK’s investment in South Africa – it is the biggest single investor in the South African economy and its current economic crisis could be disastrous for South Africa’s foreign purse. With a current account deficit (5% of GDP), South Africa is highly reliant on foreign capital inflows to finance this shortfall. Neil Roets, CEO of Debt Rescue, said that Brexit would see rising prices and possible layoffs which will affect consumers.

Although some analysts believe Brexit will trigger increases in South African exports, the already fragile South African economy would have to work hard to retain its footing, especially with SABC censorship and President Jacob Zuma’s reinstated criminal charges weighing on investor minds. In fact, the South African agricultural sector has already stated that the British imports of South African wine, mandarins, apples and peaches each account for more than 50% in total for each respective agricultural export – troubling stats for a country in economic crisis.

Brexit’s impact on the sporting world

Brexit could impose visa regulations, for instance, as well as affecting travel costs and transfer costs for players between leagues and countries. Sky Sports has also reported that there are already concerns that Brexit could affect rugby and cricket imports to Britain.

Unfortunately there is no one-size-fits-all solution when it comes to the impact of Brexit. Your individual portfolio and location will determine what  course of action is safest and most beneficial. But irrespective of your location, finglobal.com can help you make the right decisions – simply leave your details for an obligation-free consultation.