Home » Astronomical events to look forward to in 2016

Astronomical events to look forward to in 2016

Home » Astronomical events to look forward to in 2016

Astronomical events to look forward to in 2016 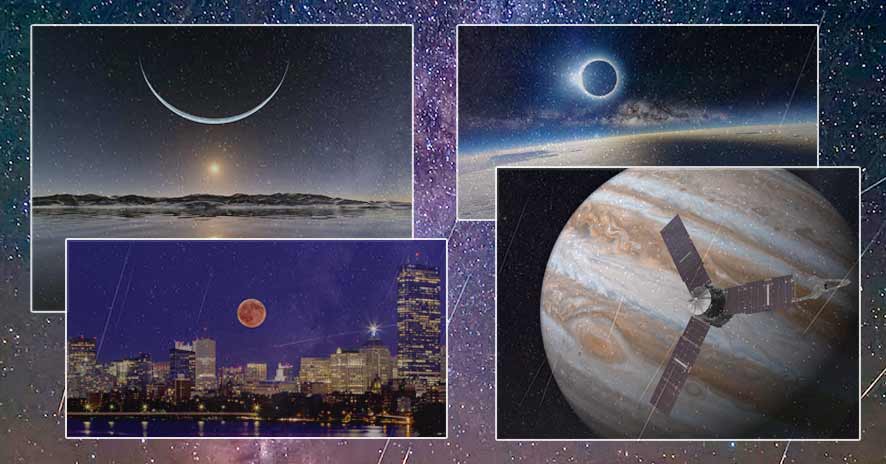 We’ve reached the halfway mark for winter in South Africa as winter solstice passed us by on 21 June. But we were in for a treat this year – as winter solstice coincided with Strawberry Moon, an astronomical event which saw amateur to professional photographers hit those balconies, rooftops and mountaintops for the perfect shot.

And we must say, we were thoroughly impressed. Indeed, this beautiful Strawberry Moon has just reminded us that we need to look up from our busy lives a bit more often to simply stand in awe of the nature, the skies, and the profound beauty of our celestial bodies.

So, we thought we’d take a look at other astronomical events occurring this year. Make sure to add these to your calendar so you don’t miss a thing! And you’re in the vicinity of Sutherland in South Africa, you could also take a look at the Southern African Large Telescope (SALT) – the largest single optical telescope in the southern hemisphere and one ofthe largest in the world. Visit stardate for a list of constellations and how to locate them.

After a five year journey, NASA’s Juno spacecraft is finally scheduled to arrive at Jupiter. The spacecraft will enter the planet’s polar orbit and will study its atmosphere and magnetic field until October 2017 when it will de-orbit and crash into Jupiter.

One of the top meteor showers for sky watchers, this meteor shower promises up to 60 meteors per hour. Produced by the comet Swift-Tuttle, these showers tend to produce some of the largest and brightest meteors. The meteor shower occurs annually from 17 July to 24 August. The showers will be most visible in the area around the constellation Perseus The Hero where they radiate from. It will be more visible to Northern Hemispherians, but can also be seen by individuals in the tropical and subtropical latitudes in the Southern Hemisphere.

On the 16th of August, you’ll get a chance to spot the majestic planet of Mercury as it reaches its maximum distance from the sun. To see the planet, simply look to the western horizon after sunset.

27 August – Conjunction of Venus and Jupiter

This one is for the lazy ones among us who really don’t want to be looking for two planets in two different areas of the sky. If this is you, then look to the western sky just after sunset and you’ll see Venus and Jupiter coming within 0.06 degrees of one another.

For our fellow Africans, 1 September brings a annular solar eclipse which will start off the eastern coast of eastern Africa and travel across Gabon, Congo, Tanzania and Madagascar into the Indian Ocean. Most people in Africa and the Indian Ocean will see a partial eclipse. An annular eclipse occurs when the moon is too far (and therefore too ‘small’) to obscure the sun completely.

The planet also known as the ‘blue giant’ will be at its closest to Earth and will be completely illuminated by the Sun. This means it will be more visible than any other time of the year. You’ll still need a telescope to truly view the giant in all its splendour, so we suggest making a trip to your nearest observatory.

If you happen to find yourself watching the skies on 16 September, you’ll most probably see the earth’s partial shadow cross over the moon. This partial eclipse will be visible from Europe eastern Africa, Asia and western Australia.

Like your equality? A bit OCD? Well then you’ll be totally impressed with September equinox. On this date, of course, there’ll be equal amounts of day and night throughout the world as the sun shines directly on the equator. Of course, this also means we’re officially moving into Spring or Autumn, depending on location.

Living in the northern hemisphere – especially the USA, Europe and Asia? Good – that means you’ll be able to view the Draconids meteor shower. Unlike most other meteor showers, the Draconids are most visible just after darkness has fallen (whereas other showers are usually most visible just before sunrise). Though the showers are usually quite mild (a few meteors per hour), it has been known to produce hundreds of meteors per hour at times. To see the shower, find the stars Eltanin and Rastaban in Draco the Dragon constellation.

Want to see Uranus up close? Then take a seat and check out the constellation Pisces – Uranus will be visible all night and at it’s brightest ever as it’s illuminated by the sun. But you’d best get your telescope or else you will only see a blue dot.

The first of three supermoons for the year, this one promises to be incredibly bright due to its close approach to earth. This moon was known by Native American tribes as the Full Hunters Moon since the game tends to be plump and ready for hunting.

One of the more ‘average’ showers, this astronomical display produces around 20 meteors per hour at its peak. The showers stem from the dust and grains left in Halley’s comet’s wake. The shower is visible each year from 2 October to 7 November. The meteors will be most visible in the constellation of Orion from whence they radiate. On occasion you’ll be able to see bright fireball displays.

Not hard to guess where these meteors radiate from – simply look to the constellation Taurus. These showers are produced by dust grains left behind by the Asteroid 2004 TG10 and debris from Comet 2P Encke. It can be seen from 7 September to 10 December every year.

Our second supermoon for the year will occur at 13:52 UTC (or Greenwich Mean Time). The Native Americans called this moon the Full Beaver Moon as it was the time of year which correlated to the setting of beaver traps before swamps and rivers froze.

These average showers produce a mere 15 meteors per hour on average. The meteors will be most visible in the constellation Leo, from where they radiate. The showers have a cyclonic peak every 33 years which produces hundreds of meteors per hour, but this year the Leonids showers will not be that spectacular due to the gibbous moon partially obscuring visibility.

Mercury once again makes its appearance in the limelight as it reaches its highest point above the horizon once more. You can see it low in the western sky just after sunset.

Known as the ‘king’ of the meteor showers, this amazing shower produces a whopping 120 multicoloured meteors per hour at its peak. It is produced from leftover asteroid 3200 Phaethon debris. It is most visible in the constellation Gemini where it radiates from.

Our last supermoon for the year, this one is known by the Native American tribes as the Full Cold Moon since it coincides with the time of year when the cold winter air settles in and the nights become long and dark.

This one is known as the bear showers due to its radiation from the Ursa Minor constellation. It doesn’t produce a lot of meteors and unfortunately it will be slightly obscured by the second quarter moon.

Happy viewing! We hope you get to wish upon a few shooting stars.