Home » #TravelTuesday – Most interesting facts per country (U – Z)

#TravelTuesday – Most interesting facts per country (U – Z)

Home » #TravelTuesday – Most interesting facts per country (U – Z)

#TravelTuesday – Most interesting facts per country (U – Z) 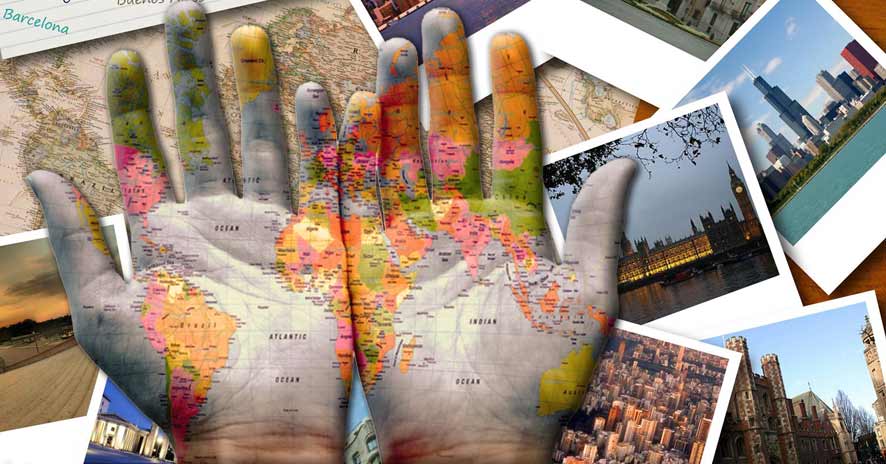 We’re at the end of our Country Facts feature of the Travel Tuesday blog. This week we’re rounding up the last few countries and territories in our travels around the world, from Uganda to Zimbabwe. We’ve expanded our view of the world from 196 countries to 235 territories overall.

So buckle up and sit tight – this is around the world in 235 facts, continuing from fact 214.

215. Uganda
Uganda has one of the youngest populations in the world, with close to 50% of the population below the age of 14. Want to see gorillas you’ll never see in any zoo? Then visit Uganda, where you’ll have the chance to see some of the world’s 750 endangered mountain gorillas.

216. Ukraine
As the biggest state in Europe, it’s conceivable (as some historians believe) that Ukraine introduced the world’s first constitution. The U.S. constitution was adopted in 1787 while the French and Polish constitutions were accepted in 1791. But rewind a few years to 1710, to the “Pacts and Constitutions of Rights and Freedoms of the Zaporizhian Host” which was introduced to government by Ukranian Hetman Pylyp Orlyk.

217. United Arab Emirates
Next time you want to complain about the police, remember that the police fleet in Dubai consists of Lamborghinis, Ferraris and Bentleys. Want to post a letter to someone’s home in Dubai? Well, good luck! Due to constant construction which affects buildings and street numbers, Dubai has no street addresses or postal codes, although it has a postal agency with local branches.

218. United Kingdom
Windsor Castle is the largest and longest inhabited royal residence in the world – it was constructed by William the Conqueror approximately 1080 AD. London itself is home to more than 5 million people – one of the most populous cities in the world. Prince William and Catherine Middleton are actually related – they are 12th cousins.

220. United States
Serious about having people quit drinking? Well, that’s exactly what the US government was during the prohibition era, in fact, they were so serious, they introduced a new alcohol denaturing formula which essentially poisoned drinkers, leading to death and irreversible harm to several drinkers.

221. Uruguay
The Uruguayan national anthem is the longest national anthem – it consists of eleven verses which are each followed by a chorus. It lasts approximately 5 minutes when played in full.

223. Vanuatu
It’s not often that a country forgets about colonisation, but that’s exactly what Spain did after colonising Vanuatu in 1606. In fact, most of the Spanish residents swiftly forgot about their settlements in Vanuatu and moved on. It was only rediscovered again in 1768 by Captain James Cook.

224. Vatican City State (Holy See)
Vatican City is the smallest country in the world – at a mere 40,5 hectares. If you’re a bit superstitious, best stay away from St. Peter’s Basilica. This basilica was constructed atop a mass grave of Christians – including St. Peter – who were executed by Emperor Nero through burning, crucifixion and torn apart by wild beasts.

225. Venezuela
Venezuela only has two seasons, hot and dry and hot and wet. And if you’re interested in weather phenomena, best visit the spot where the Catatumbo River meets Lake Maracabio – but keep your distance, as this is the spot where lightning repeatedly strikes the lake for 10 hours a day, up to 160 days a year.

227. Virgin Islands (British)
The island of Anegada, one of the largest of the BVI group, is made up of coral and limestone. More than 20 of the 36 islands in this territory are uninhabited. After the abolition of slavery in the 19th century, the country’s economy has declined, making tourism its one true mainstay.

228. Virgin Islands (US)
The U.S. Virgin Island territory was purchased from the Danish in 1917. The capitol, Charlotte Amalie, is the largest historical town in the United States. It is the only U.S. location where people drive on the left side of the road.

229. Wake Island
An unorganised and unincorporated territory of the United States an Marshall Islands, Wake Islands is one of the most isolated islands in the world. Wake Islands were attacked on the same date as Pearl Harbour.

230. Wales
Apparently only about 21% of the Welsh population can speak their native language – Cymraeg – this language doesn’t have a J, K, Q, V, X or Z. Llanfairpwllgwyngyllgogerychwyrndrobwyll-llantysiliogogogoch is the name of a town in North Wales. It translates to: “The church of St. Mary in the hollow of white hazel trees near the rapid whirlpool by St. Tysilio’s of the red cave”.

231. Wallis and Futuna Islands
After voting to become a French territory in 1959, the islands of Wallis and Futuna have been overseen by the French president as head of state. It is, however, divided into three kingdoms, with a king which oversees each distinct territory. There is no freedom of press in Wallis and Futuna – its only newspaper was shut down in March 2002.

232. Western Sahara
The Western Sahara is a disputed territory in north western Africa. Since it consists of mostly desert territory, it is sparsely populated. It is known for its natural hazard-the sirocco wind, which is dust-laden and impedes visibility.

233. Yemen
Yemenis take pride in their weddings, with an average wedding feast lasting approximately 21 years. The country claims to be the ancient homeland of the Queen of Sheba, who dealt with the Jewish king Solomon (in the Bible and Qur’an).

234. Zambia
Only about a fifth of Zambia’s land is suitable for cultivation, but farming has become increasingly important seeing as the country relies heavily on copper exports and the value of copper has fallen drastically over the last few decades.

235. Zimbabwe
Zimbabwe is home to the world’s largest man-made lake and reservoir by volume, Lake Kariba. Its president, Robert Mugabe, is the oldest living head of state.

Join us again next week for some more #TravelTuesday tips, tricks and trivia.