Home » Out of Africa – inventions from the greatest continent!

Out of Africa – inventions from the greatest continent!

Home » Out of Africa – inventions from the greatest continent!

Out of Africa – inventions from the greatest continent! 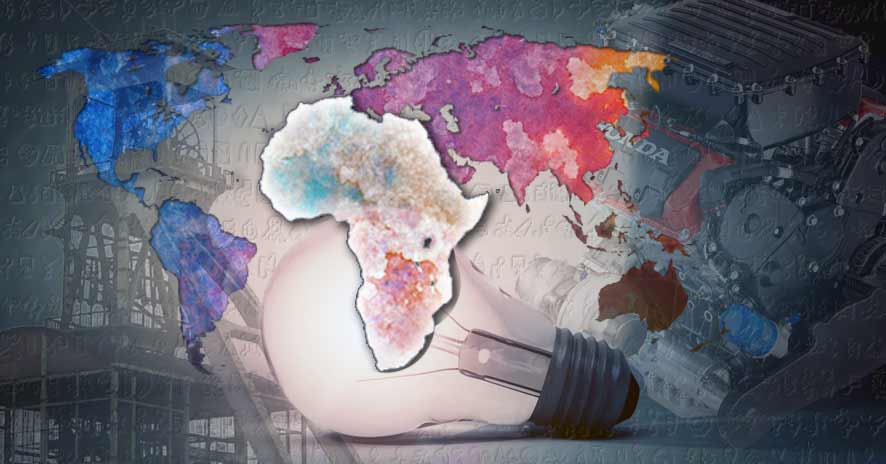 We are African! Thing is, there are so many amazing inventions which hail from the African continent which the rest of the world isn’t aware of. So let’s spread the news and spread the love and share some of the noteworthy people and inventions which make us proud to be African.

Okay, so we may believe maths to be the pride of Asia, or perhaps of Europe. But did you know about the Lebombo Bone? This small piece of baboon fibula discovered between South Africa and Swaziland is said to be between 35 000 and 43 000 years old. It has incised markings which are said to be counting notches and is the first artefact of its kind whose incisions are confirmed not to be purely decorative.

Another bone, the Ishango Bone, which was discovered in the DRC, dates back to 20 000 BC also contains these counting incisions.

In 1980, Moroccan scientist Rachid Yazami discovered the reversible intercalation of lithium into graphite in electrochemical cells. The discovery later on led to the creation of the lithium-graphite anode which is now used in commercial lithium ion batteries. He later emigrated from Morocco and is credited with over 50 patents related to lithium primary and rechargeable batteries.

Nuclear technology for medical use

After her mother died of cancer, Egyptian nuclear physicist, Sameera Moussa, spent her entire life working to make atomic radiation for medical purposes affordable and available to all. She founded the Atomic Energy for Peace conference. One of her historic equations set the path for the breaking down of atoms of cheap metals. But she was first and foremost an advocate for protection against nuclear hazards. Her primary aim was utilising nuclear power to help, and not harm, mankind. Unfortunately her life was cut short by a mysterious car accident on a visit to the USA which many believe to have been an assassination.

The Bamum script was a pictographic mnemonic aid which helped the evolution of the Bamum language from pictographic to a partially alphabetic syllabic script. It was revolutionary in that it helped restore and capture the language and history of the Bamum people. It was invented by King Ibrahim Njoya in 1896. Although much of the writings, including libraries and printing press, were destroyed by French invasion of Cameroon, a project is underway to modernise and revive the script. Inventions like these have, and always will be, crucial for protecting the legacy and histories of indigenous people.

Dr. Osei-Hyiaman of Ghana was the first person in the world to establish the role of endoannabiniods in fatty acid synthesis and oxidation in liver disease, obesity and diabetes. Big words right there. If you don’t understand, don’t worry, neither do we really. But in short, Dr Osei-Hyiaman discovered that diet-induced obesity associated with fatty liver, insulin resistance, leptin resistance and changes in plasma lipid profile are linked to endocannabinoids; something which is a great step forward in medical science considering the prevalence in obesity and diabetes in the world.

If you, or someone you know, have been saved or received the correct medical treatment through the use of a CAT scan machine, then thank South African physicist Allan Cormack and his colleague Godfrey Hounsfield. Together this pair invented the compute axial tomography scan which saw them receive the 1979 Nobel Prize in Physiology and Medicine. Cormack is credited for providing the mathematical technique for the CAT scan where X-rays and electronic detectors rotate around the body and present imagery which can be medically analysed by a computer – in short, it’s a map of tissue within cross sections of the body.

Things could have been a lot different for Ethiopian plant breeder and geneticist, Gebisa Ejeta. He’d planned on studying engineering, but was urged by his mother to move into agriculture. His development of drought-tolerant sorghum saw him receive the World Food Prize in 2009. Not only is his strain of sorghum resistant to drought, but it is also resistant to the parasitic weed striga. This agricultural development has significantly impacted rural farming communities and counter widespread famine in African countries.

No, no, Honda does not come from Africa, but some of their most powerful aspirated sohc Honda engines will not have existed without the work of Bisi Ezerioha from Nigeria. This professional racing driver, engine builder, engineer and industrialist has been credited with Honda engines like the D16A6, D15B7, F22A, F18A and D16Z6. The work from his Bisimoto Engineering firm has further expanded to the turbocharged Honda market as well as the Porche 911s and he his accomplishments have been credited worldwide in the auto industry.

One of the things Africans do best is address the issues which affect the impoverished and disenfranchised. Having seen first-hand the drawbacks of poorly stocked hospitals, Nigerian doctor Seyi Oyesola took it upon himself to address the issue. Welcome ‘hospital-in-a-box’; a self-powered, off-the-grid, handheld hospital which helps doctors perform quick and easy medical examinations anywhere in the world with the help of wireless technology. The handheld ‘box’ contains a spirometer, EKG electrocardiogram, nebuliser, otoscope, thermometer, cuff, pulse-oximetry, wireless transmitter and can be powered by solar, AC/DC, battery or vehicular power.

Africans are simply at the forefront as mining pioneers. The oldest known mine in archaeological record, known as the ‘Lion Cave’ was discovered in Swaziland and dates back  43 000 years. In addition, Africa mines roughly 46% percent of the world’s diamonds, 62% of the world’s platinum/palladium (of which South Africa has about 97%) and 21% of the world’s gold. And another African success? Undoubtedly South African company Sasol which invented and perfected technology for turning coal into petrol and diesel.

Our list wouldn’t be complete without mentioning one of South Africa’s favourite philanthropists, Mark Shuttleworth. In 1999 during his final year of study, Shuttleworth founded his internet consulting firm, Thawte. His company was the first ever to develop full-security encrypted web servers which were commercially available outside US borders. It went on to become the fastest-growing global internet certification authorities and was sold to VeriSign – making Shuttleworth an instant billionaire and putting South Africa on the digital map.

Let’s go back 5 000 to 6 000 years ago and take a trip up to the north of Africa to Egypt. Although the invention of ‘time-tracking’ devices were credited to both Africa and the middle east, the oldest clocks were said to be Egyptian sun clocks and water clocks. Water clocks, which were used before sun dials, used water dripping at a constant rate to mark the passing of time during the day while sun clocks used the passing of the sun over the earth to keep count.

Think touch-screen medical technology was invented in the US? Or Germany? Or China? Well, think again. The world’s first cardiopad –  a touchscreen medical tablet –  was invented by Cameroonian entrepreneur Marc Arthur. This innovation sees electrodes placed on the patient connect with a module which is then connected to the tablet. Data from the medical examination can then be transmitted from the nurse or local doctor’s tablet to a remote doctor who can interpret and diagnose patients who are otherwise inaccessible.

One amazing innovation which also has its origins in philanthropy is the cybertracker. After spending time with the San people, Louis Liebenberg was urged to assist the traditional hunter-gatherers in preserving their knowledge and innate tracking abilities through the help of technology. Cybertracker software was developed which enables trackers to get jobs in ecotourism, as rangers in anti-poaching units, in wildlife monitoring and scientific research. The software has an icon-based UI which enables non-literate trackers to record complex geo-referencing and animal behaviour observations. The invention has become a keystone in job creation for indigenous African communities and crucial in anti-poaching and conservation initiatives throughout the world.

Did you know that laser beams can be digitally controlled? Don’t worry, neither did we. But thanks to ground-breaking work by researcher Sandile Ngcobo at CSIR, the world is now scientifically wiser. The discovery is said to be so important, it will significantly change the healthare, manufacturing and communications industries. Essentially, the laser’s ‘beams’ can be digitally modified before it exits spatial light modulators – something which was not possible before this research. What you’re left with is a variety of light patterns which can be altered digitally for a whichever task you need to complete. In short, you will only need one laser in future instead of an array of different lasers to perform your printing, playing, scanning, surgery, welding or cutting.

Yes, yes, the 3-D printer does not hail from Africa. But of course we are known for making everything more affordable and accessible. Just ask Kodjo Afate Gnikou, who invented the E-waste 3-D printer built entirely from discarded electronics. His dream is to give young people hope and put Africa on the map as a pioneer in technology. The W.Afate is a homemade replica of the Prusal Mendel and can be created for less than $100 using arbitrary discarded materials like rails and belts from old scanners. The invention is also aimed at controlling the massive electronic waste issue in Africa through repurposing discarded computer and industrial materials.

Blood transfusions are a major problem throughout the world, even more so in Africa. But what if there were an auto-transfusion system? Of course there is, but how much will something like that cost? You’re looking at hundreds of thousands. Thanks to Dr. Out Ovadje from Nigeria, however, patients can use the EAT-SET which recovers the patient’s own blood from internal bleeding and safely reinfuses it into the patient’s system within 24 hours after a haemorrhage. The system aspirates blood which is haemorrhaging from the patient and reinfuses it into the patient’s bloodstream through the use of gravity. The invention has seen Dr. Oviemo receive several awards from, among others, the African Union and the World Intellectual Property Organisation.

Go on, tell the world about your home – there’s so much to be proud of as an African.