An ode to the braai ­ South Africa’s funniest braai ideas

An ode to the braai ­ South Africa’s funniest braai ideas 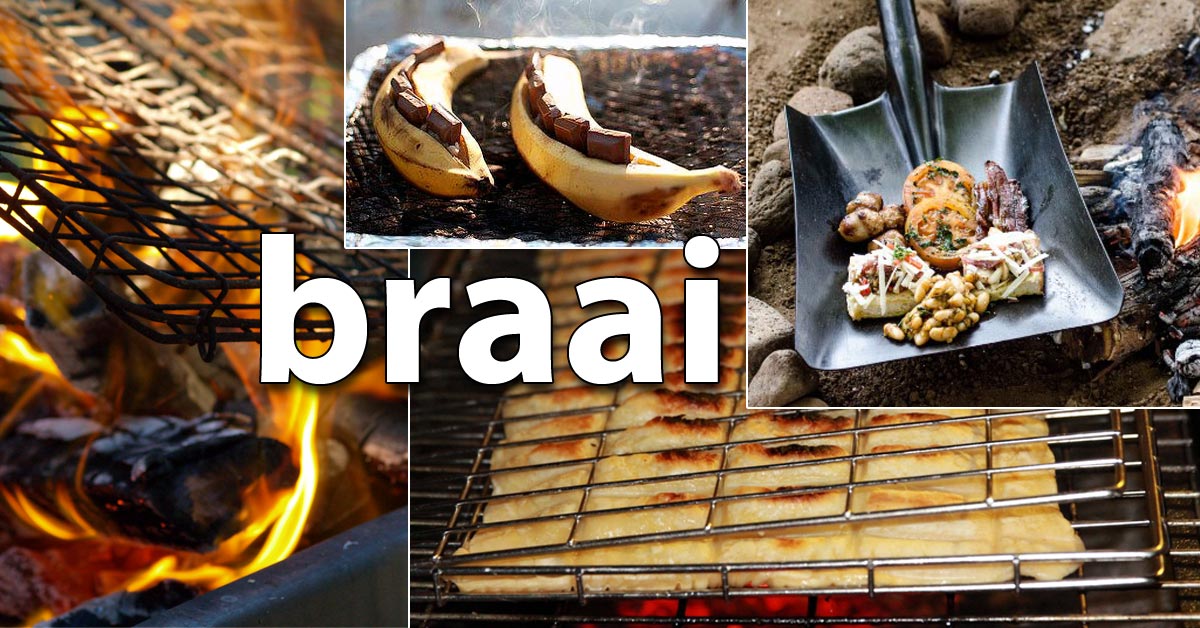 You can’t argue this fact – we love our braais. No, we’re not talking about a barbie. The only barbies we know are the ones we just got our kids for Christmas. Because there really is no other way to grill a tjoppie than on the fire. And no, a Weber doesn’t count either. We’re talking wood and fire and a moerse party.
So in honour of cooking things the safa way, we’ve rounded up the strangest things we’ve seen our friends slap on the grill.

Hobo fish
Reminiscent of those lekker African dishes where people wrap and braai fish in bananas, this one simply requires that you put your fish in some newspaper with tomatoes, garlic and spices. To keep the paper from burning, you wet each layer (10 of them) with sea water then place your parceltjie in the fire for about 20 minutes.
Braainapple
For an alternative to your peaches and cream, why not try a braaied pineapple or banana? Throw those guys on the grill and dip in a lekker stropie before you dish it up with cream or ice cream.
Mielie-braaibroodjie
End of month salticrax time is usually the time we rip open the cupboards and scavenge through our tinned food supplies. Which is also how we ended up inventing the mielie-braaibroodjie. For this one, you just open a can of sweetcorn, mix in lekker scoop or two of Mrs Balls chutney and mayonnaise, grate in some cheese and pop those sarmies on the griddle.
Marshmallow mess
Okay, so we’re no longer 7. This does not mean we need to give up on our snacking dreams though and a marshmallow in the fire is simply something we can’t forget. To make it a bit more sophisticated, though (because, you know, neighbours) why not put those marshmallows in a tin pan with broken marie biscuits, Beacon chocolates and whatever else you want. Melts like a charm on the braai. Top it with some cream.
Boerewors braai pie
Here’s an idea, why not skip the slaai altogether and put your meat in the pie as well. Meat goes with everything! Braai pies have been becoming a big thing in South Africa, but before you stuff it up, rather stuff it with some boerewors from last night’s braai?
Drunken chicken
Just like meat, beer goes with practically everything! And since everything tastes kind of like chicken, it goes without saying that beer should always go with chicken. Whether you want to put your tin inside the chicken or want to toss your wings with some spices in the beer – it works either way.
Have any more lekker braai recipes? Of course you do. We say go out, experiments and woo your neighbours to the South African flavours.