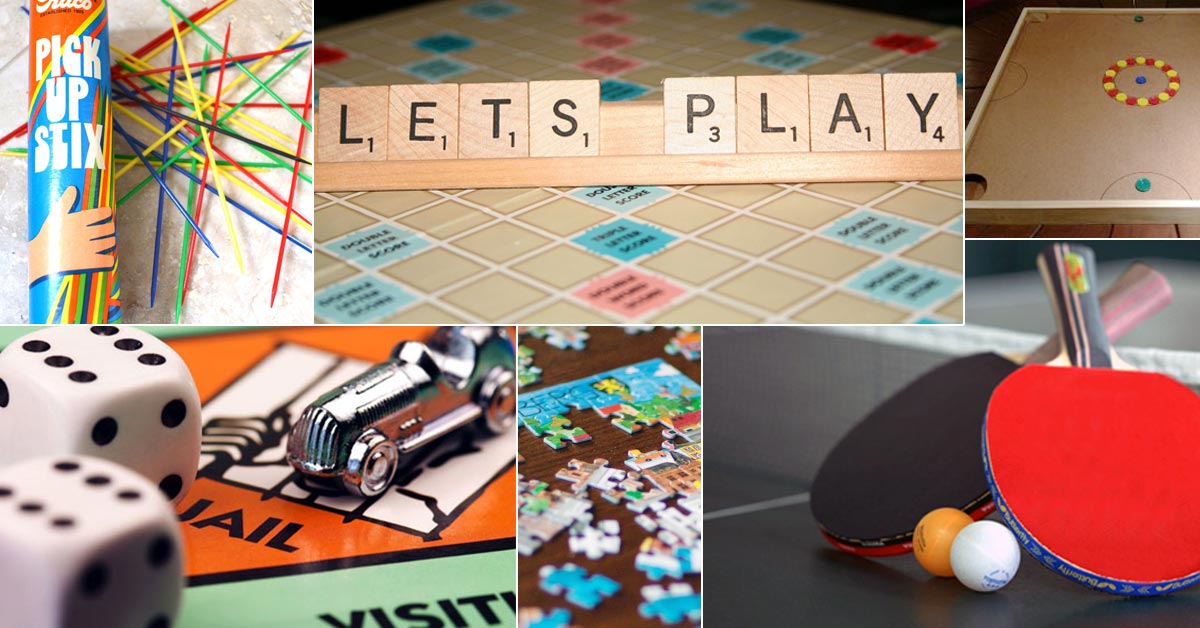 Though most of us in South Africa will spend our Decembers basking on beaches across the country, there are also those days spent around a table at home – playing games with friends and family. And, of course, for our northern hemisphere brethren, spending time outdoors at this time of year is not as practical.

So, in honour of those days where we’re all cosying in the living room, we’ve rounded up those games South Africans love most.

Nothing screams nostalgia than ye olde fingerboard. Though the game has all but disappeared, it can still be found gathering dust under beds or behind couches in many a South African holiday home.

Although scrabble is supposed to improve one’s vocabulary, we’re actually quite certain it rather lends itself towards neologism… since new words emerge throughout the duration of the game. Shakespeare would be proud.

They say a game of Monopoly isn’t over until the board lies on the floor and money’s scattered across the room like a hip hop music video. If someone’s not mad at someone else, then you’d better call a rematch.

We love the colourful game of UNO for the memories it evokes… but of course, once those dreaded stack of +4 cards stack up we’re all sure the game has been rigged, and it ends much the same as Monopoly.

Darn those picturesque autumnal forest landscapes cut up into 10 000 pieces that we have to reassemble. Of course, building as a team is much easier, as each ‘player’ usually has a designated role – you have the ‘corner finder’, the ‘border assembler’, the ‘turning everything right-side-up person’ and the ‘colour coordinator’ making the group project a little more successful… until that one missing piece.

We’re almost certain this little game was invented by a desperate parent seeking some alone time while trying to convince their kids that picking up the ‘potlode’ they just threw all over the floor is, in fact, a game. Either way, we still love it.

It was Colonel Mustard with the Lead Pipe in the Conservatory. Aaah, what delightful memories of murder, mystery and playing Sherlock Holmes are evoked when thinking of this game.

A game which would undoubtedly be quite dangerous (and perhaps unlawful) in this day and age, is Toktokkie. Though it is not played indoors, it gave naughty children with time on their hands an opportunity to harass the neighbours under the guise of a game.

A game which can be played outdoors or indoors and one which tormented the child-claustrophobes among us is wegkruipertjie. It was all fun and games until your brothers and sisters stopped playing and forgot to tell you.

One of our top board games is undoubtedly backgammon. A combination of dice and board moves which requires some forward thinking by the players, it can be found in homes across South Africa.

Nothing screams strategy and smugness like a good old game of chess. Of course, this one requires a bit of patience and a lot of thinking to be crowned chess king and usually ends in the losing side calling a rematch.

Like toktokkie, roller skating is mostly done outdoors, but it could also be done in long corridors and kitchen floors… much to the dismay of our mothers.

Yes… you are right… we are too old to play skool-skool. But that doesn’t mean we don’t miss it. This game which could be played practically anywhere, at any time, merely required old stationery, telephone books and random objects which could double as educational material taught one and all how to boss others around.

A game which was usually less fun for the youngest in the family (raise your hand if this is you) and possibly started with some sinister intentions still managed to entertain many a group of friends, cousins, brothers and sisters throughout the years.

Of course, there are many other games we loved and still love to this day. These include:

We’re sure you can think of a few more. So, if your kids throw the dreaded ‘I’m bored’ line at you, you’ve got a list of entertaining pastimes to keep them occupied.