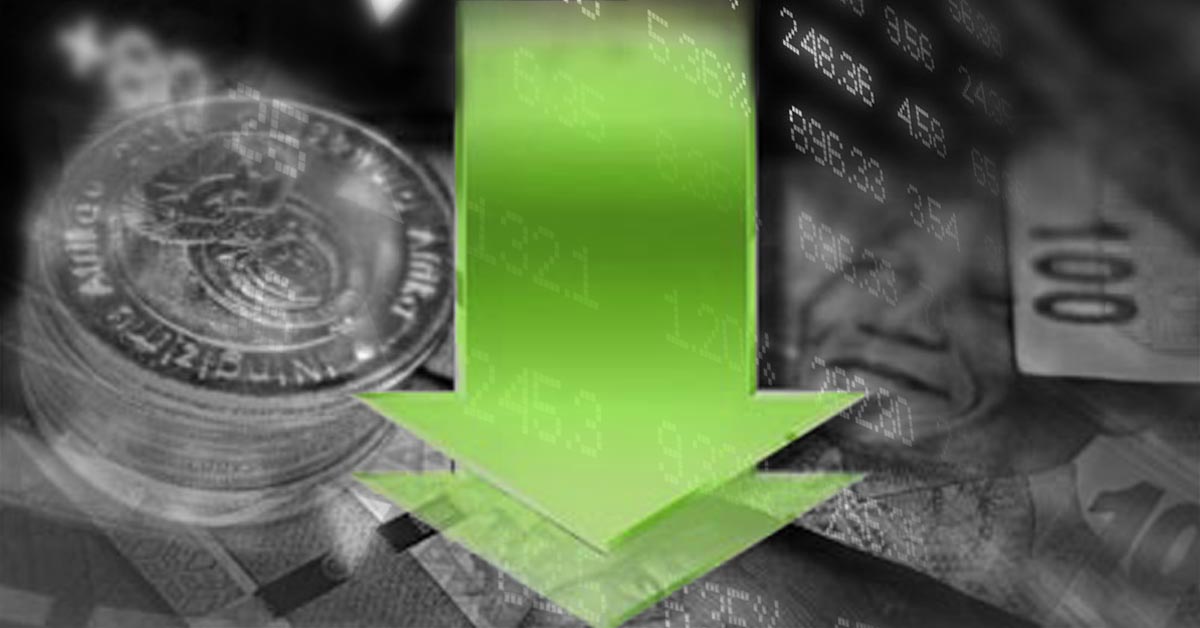 And this perception is perfectly okay – unless you’re a financial journalist, that is – or of Asian descent. See, it is exactly this inherent perception of colour which has had the world’s news desks a bit confused in the last few weeks.

The problem lies in the reporting on China’s stock market ‘turmoil’. Because, if you’re from the communist superpower of China (or even from their neighbours, Japan), you would know that red is an auspicious colour. Indeed, in this country – red means go, good and go ahead. Of course, it is only natural that China would use this colour to indicate that stocks are up. Something which most journalists have had a right little facepalm over.

News desks may be blaming their marketing teams for the overuse of stock images with stock exchange bulletin boards littered in red. Or layout artists choosing imagery with alarming downward slanting red lines. But unfortunately reporting giants like the Nasdaq.com, Wall Street Journal, Forbes and Marketwatch should know better than to include phrases like ‘sea of red’, ‘seeing red’ and ‘raising red flags’ in their reporting – especially since they report on a global economy.

Does this mean China’s economy isn’t slowing down?

No, unfortunately China’s economy has slowed down – which affects markets and exchange rates everywhere. And this has had a dire impact on the value of the Rand. Of course, if you were planning a trip home to South Africa, the weakened Rand will mean a cheaper trip if you’re paying in dollars or pounds – but this does not bode well if you’re on the other end of the scope trying to exchange your hard-earned Rands offshore.

One of South Africa’s greatest problems is the fact that China remains our top trading partner – which means that a slowdown in the Chinese economy affects us directly.  Of course, a global economic crisis (which we’re luckily not at yet), also places focus on South Africa’s unstable national power grid and labour unrest (especially in the mining sector) and slow domestic growth – factors that don’t make investors smile much.

So what’s happening in China anyway?

Well the Chinese economy has actually been slowing since 2014. But the rapid devaluation of the Yuan was not something economists had predicted – at least not to this extent, though China has apparently been expecting an economic crash for a while. Unfortunately the second biggest superpower in the world has seen a decline in both imports (raw materials) and exports (finished goods). The country has also been cutting interest rates in an effort to stimulate the economy, which has not worked thus far. As a result, policymakers decided to devalue the Chinese currency – something which has been likened to a ‘nationwide sale’ by some economists. The hope is that a cheaper currency would ‘make more sales’.

Of course there’s another problem – just like the west’s persistent error of misapplying the colour red when reporting on the Chinese economy- we are, unfortunately, rather uninformed when it comes to anything to do with China. As a communist nation, much of the Chinese economic statistics are ‘manufactured’, and a lot of what we know is based on a game of ‘telefoontjie’ played with data from places like Singapore and Hong Kong who share strong economic ties with China. Media regulation by the political system means that everyone’s just guessing most of the time. Not something which economists like to admit.

But China’s greatest problems seem to be the unsustainable investment levels as well as its focus on production instead of consumption. You see, for growing economies, investment is good. But richer countries will inevitably see investment slowdown. Something which has not been happening in China – in fact, investment has accelerated over the years, which is a recipe for poor investment yields. The other part of a sustainable economy is a shift to a consumption-based growth model – which means less people employed in factories and building infrastructure, and more people employed in service delivery positions. Of course, though this has been part of China’s official policy for some years, it’s something that’s yet to be embraced.

What will the future hold?

Unfortunately, it’s not yet clear whether the Chinese reform will save its economy, nor is it clear whether this slowdown will lead to a recession (a further slump into ‘the green’). But it’s clear that South Africa will need to pull up our financial socks if we’re to get out of our own currency slump and build a competitive economy.

Speak to finglobal.com about financial emigration

One thing’s for sure – now’s definitely the time to trust the experts when it comes to your financial affairs. Let finglobal.com help you with your foreign exchange needs, converting your pension fund to cash, offshore fund transfers or financial emigration. Let us contact you for an obligation-free assessment or talk to your finglobal.com adviser.