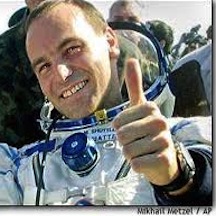 By now we all know of the South African Supreme Court of Appeal’s order for the Reserve Bank to pay back the R250 million levy Mark Shuttleworth was forced to pay, with interest at the prescribed rate since Friday 13 April 2012 to date of payment.

The crux of Mark Shuttleworth’s complaint: he was penalized for moving legitimately earned money offshore! Why? Because in simple English, exchange control means playing the man not the ball!

Which begs the question: why should anybody be penalized for taking earned hard (after tax) money out of South Africa? It is, after all, your money, which you can do with as you please and should not be subjected to unconstitutional control.

There is no law preventing people from moving money from South Africa to another country of choice – as long as your taxes are up to date you have the financial freedom to become a Global Citizen of the World.

However, a principle is not a principle until it hurts you in the back pocket and Mark Shuttleworth successfully challenged the principle.

In his case the Reserve Bank played the man because he was running a rather big ball As right should prevail – in the end the man won.

We’re all born equal and Mr. Shuttleworth’s money – in relative terms and irrespective of quantum – is as important to him as would be a smaller amount to the next man and the next …

The moral of the story – hundreds of thousands of South Africans have left the country and thousands are in the process of seeking greener pastures as we speak.

This case presents good news for expats living abroad as well as those on their way out – it confirms they are welcome to pack their bags and take as much money as they wish out of the country.

While there are no limits or laws preventing financial emigration, the guidelines to qualify for financial freedom from South Africa are not nearly as onerous as was invented in the case of Mark Shuttleworth.

Financial emigration can best be described as a process of ticking boxes, submitting forms and signatures. Even though a bureaucratic maze it was designed to protect the man on the street , to do right by him, however its not something he wants to navigate on his own.

Financial emigration is arguably the most important transaction any man will make in a lifetime – for that reason rather pass the ball to a specialist team with all the experience needed to play the Reserve Bank.