Home » Out of sight, or out of your mind?

Out of sight, or out of your mind?

Home » Out of sight, or out of your mind?

Out of sight, or out of your mind? 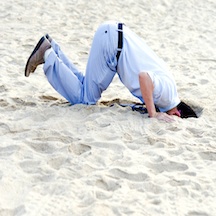 It is a human “thing” … when you don’t see someone or something on a regular basis, you’ll eventually forget about it.

Who in his right mind will ever forget about his money? While it may be convenient to “forget” to pay an account it’s not common to forget about money that’s owing to you! Or is it?

A couple of dollars here and there won’t break the bank but who’ll randomly “forget” when the monies owning to them run to tens and hundreds of thousand?

Why would the Association for Savings and Investment South Africa urge pension and insurance companies to trace the hundreds of thousands of unaware people who collectively are owed in excess of R1 Billion in unclaimed policies? Because out of sight money has become out of mind money – that’s why!

ASISA is not faking it and nor are they setting a trap to sell people something they don’t need.

They’re simply doing the right thing – for unaware and affected beneficiaries to be paid the monies they rightfully deserve. No questions asked …

Still reading? Then think back and back again … you may well have left a policy behind when you left South Africa or forgot about a policy or the fact that you were a beneficiary of an estate.

What with being human and given time, distance and settling in a new country it could have slipped your mind that there’s money due and owning to you. Last word? Don’t worry – you’re not alone, there are many tens of thousands of you in the same boat.

To find out whether you too are in the money – simply ask here – you have nothing to lose and everything to gain!