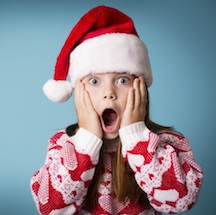 It’s that time of the year again. Shops and malls the world over are sporting its North Pole look with Rudolph swinging from the rafters, his sleigh packed with empty gift wrapped boxes and Bing Crosby singing everybody into the spirit of giving …

This is also the time of the year for you to freely move up to R10 Million from South Africa to wherever on the globe it is you’re living now!

SA expats who have not financially emigrated are entitled to move up to R5 Million per person, per calendar year from South Africa to their new home countries. How?

Each South African, age 18 years and older, are entitled to take R1 Million per year in the form of a Discretionary Allowance out of the country. No questions asked.

In addition, one is allowed another R4 Million per year as a Foreign Investment Allowance, subject to a SARS Tax Clearance Certificate.

That brings the total to R5 Million per person – cut-off date 31 December of each calendar year – which means a husband and wife, or a couple’s, combined allowances make it R10 Million they can move.

There is, of course, nothing stopping a couple from moving R20 Million by taking out your 2016 calendar year allowances in January already! It is 100% within exchange control regulations and do-able.

Please remember R20 Million is not a condition – it is a limit – you can move up to this amount from South Africa by January 2016.

When the going gets tough, the tough goes shopping. So why don’t you go shopping, dream of a white Christmas and leave the tough part to us?