Home » What to do with my retirement monies left in South Africa?

What to do with my retirement monies left in South Africa? 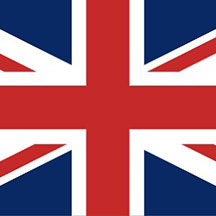 Do I leave my investments in South Africa, or transfer them to the UK … this depends on where where am I going to spend my retirement years? Think twice and then think again …

People like to take their time and to ‘feel at home’ in the country they intend to retire to – and the same goes when making financial decisions.

The long-term depreciation of the Rand relative to major international currencies is well documented, and as time goes by one South African Rand will probably buy even fewer British pence than today!

Unless your retirement investment in South Africa has grown by 70% over the last 5 years you’ve most likely lost money because that’s how much the Rand has declined, relative to Sterling.

The question begs, “What will my after-tax retirement income be and how far will it go to pay for my basic living expenses in the country I retire in?”

South Africans living in the UK can have the full capital value of their retirement annuities and preservation funds paid out for transfer abroad before retirement date.

Proposed changes to the South African retirement industry have been on the table for quite some time with planned implementation and phasing-in scheduled for 2015.

The South African government’s key objective is the preservation of retirement funds in South Africa, which will make access to expats retirement monies increasingly difficult.

The old Afrikaans saying ‘ver van jou goed – na aan jou skade’ has proved itself many a time. When it comes to retirement investments ‘the nearer the bone the sweeter the meat’ is probably the more prudent consideration.

You don’t have to rush the ‘where am I going to live’ issue. Take your time, make up your mind and make the right decision. Free access to your monthly pension income and peace of mind is key to being happy and content. Irrespective of where it is you may dream to retire! Malta, Portugal, Spain? The choice is yours …

finglobal.com is an authorised financial services provider. We help South Africans’ to optimize their retirement investments and tax affairs. More than 60 000 clients, living in 105 countries have successfully used our services. For more information, click here.