By CK AdminDecember 30, 2022FinGlobal
No Comments 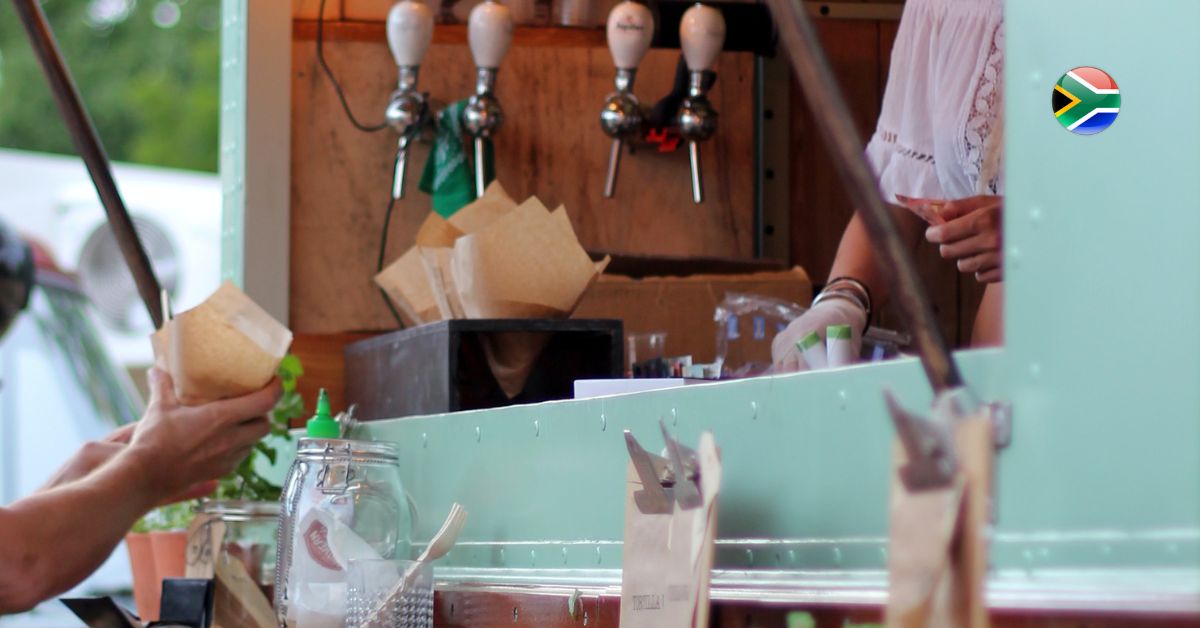 What is South African street food?

South African street food, like other types of street food worldwide, is, by definition, ready-made food that can be immediately consumed while out and about. Like finger food, it can be enjoyed as you dart from shop to shop while shopping or as you stroll along the beachfront enjoying the sun. Traditionally it is sold by street vendors from stalls, food carts, or food trucks in public areas such as markets, fairs, or busy town centers.

Another popular term for street food is fast food or takeaway food, and due to its convenience and ready-made attributes, you can easily see why!

When it comes to street food ideas, South Africa has a list as long as that proverbial arm Ouma keeps mentioning! From the infamous bunny chow to smileys, biltong, droewors, and the nation’s most popular takeaway food in South Africa, the boerie roll! Those visiting our shores for the first time or resident Saffa’s on a shopping trip to Woolies need never go hungry!

Let’s take a closer peek at some of the excellent street food ideas South Africa has to offer!

Boerewors, boerie, or wors, this tasty sausage goes by quite a few names in South Africa and is a firm favourite for many. Made from a combination of beef, pork, and spices, the saliva-inducing smell of this sausage cooking is difficult to resist. Especially when slathered with tomato sauce, topped with lashings of fried onions, and squashed into a freshly baked bread roll! Now that’s a gourmet boerie roll!

Possibly the scariest-looking South African street food you will ever encounter but by no means the least tasty! If you can ignore the fact that this dish is made from a sheep’s head, you’ll find the tender cheek meat irresistible! Served as a stew or in chunks with salt, a smiley is sure to keep those hunger pangs at bay.

Golden vetkoek (fat cake)  is one of the easiest South African street food recipes with the most history and heritage. These tasty deep-fried dough balls feature in most African cultures and can be traced back hundreds of years as they were an easy alternative to baking bread while traveling. Whether you prefer your vetkoek stuffed with curry, bobotie, polony (South African cold meat), or good old ‘Golden Syrup,’ this is another popular takeaway food in South Africa.

Possibly the simplest form of takeaway food known to man, but also the most divine! All you need is half a hollowed-out loaf of soft white bread and a generous helping of thick lamb or chicken curry. Place the curry into the bread bowl and top with a bread lid; yum! Originally the simple lunch fare of Durban city workers, the bunny chow has been known to feature on many top restaurant menus!

Contrary to many urban myths floating around the world, biltong is not beef jerky! For one, it’s thicker, tastier, much chewier, and made from chunks of 100% real meat. Delicious! Biltong is a hugely popular street food in South Africa, and you won’t find many Saffas without it.

Made from dried meat, seasoned with spices, and cured with salt and vinegar, you can find many varieties of biltong in South Africa, including beef, chicken, ostrich, buffalo, and venison. It’s predominantly sold by street vendors, butchers, and food retailers and is the ideal on-the-go snack.

Few would think the combination of chicken heads and feet could be so delicious. Walkie-talkies are either boiled, or braaied, seasoned liberally, and served with rice or pap (stiff mielie meal porridge). With a name like walkie-talkie, you have to agree this dish is aptly labeled!

The Final taste of proe!

South Africa is known for its beautiful scenery, wildlife, and weather, but more importantly, its excellent street food cuisine! With so many cultures melding to form the wonderful South African rainbow nation, it’s no wonder South African street food is infused with an abundance of aromas, flavours, and tastes. Try some for yourself and see!

Expert emigration advice from FinGlobal to you

Emigration advice provided by FinGlobal is as unique and bespoke to you as the South African Street food you enjoy! Expats can expect professional, friendly advice from the accredited FinGlobal team.

Their services include but are not limited to, advice and assistance with pensions, tax, retirement annuities, forex, and more! So contact the team today and get your emigration show on the proverbial road!