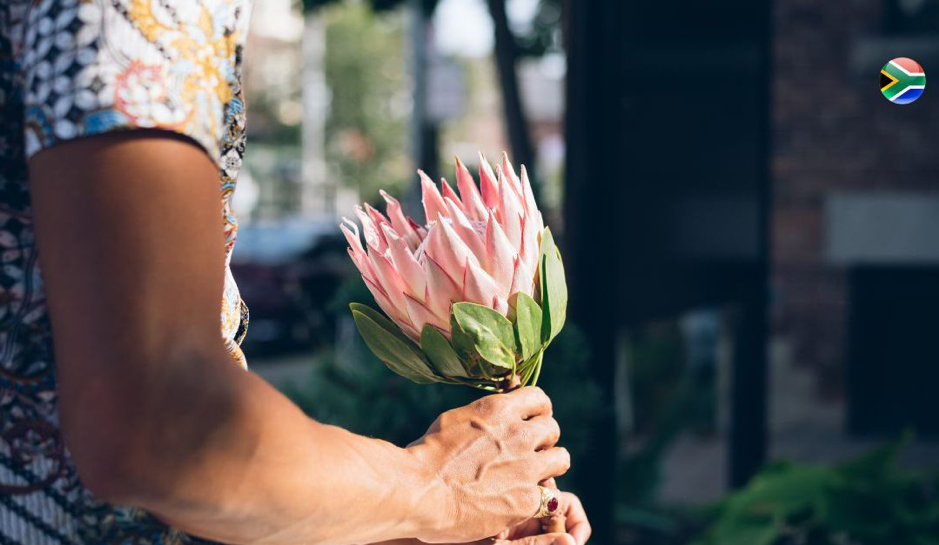 What’s the big deal about fynbos? From a plant perspective, it’s an amazing phenomenon that makes South Africa so unique and biodiverse. The Fynbos Biome is found exclusively in the Cape Floral Kingdom and covers only about 6.7% of South Africa’s land surface (which is about 85 000 km²) but this stretch of land contains the highest number of different plant species when compared to any biome in the world. Fynbos is a classification of plants and the term ‘fynbos’ stems from an Old Dutch word that translates to ‘fine bush’. As a classification, it refers not to a single plant, but to all plants endemic to the mountainous folds of South Africa’s Cape region. These incredible plants grow in the ancient sandstone mountains that run from the Western Cape’s Cederberg range (which is a three-hour drive north of Cape Town) through to the mountains of Grahamstown in the Eastern Cape, which is a two-day drive in the opposite direction.

Now that we know fynbos isn’t just a plant, let’s go on a little fact-finding mission and discover exactly what makes fynbos so special. Here are five fascinating facts about fynbos that you should know.

Because of fynbos, the Cape Floral Kingdom is more botanically diverse than the Amazon rainforest

More than 9600 species can be found within an area less than 90 000 km². This makes the Cape Floristic Region a globally recognised biodiversity hotspot and one of the most complex of the world’s six floral kingdoms. While it is the smallest of the six floral kingdoms, it is the only one that is located within a single country’s borders. Despite being the smallest, it is by far the richest and what makes it even more special from a biodiversity perspective is its high level of endemism. A plant can only be endemic if it grows nowhere else on the planet except for one specific location. Fynbos qualifies as endemic, with more than 70% of its species found only within this geographic belt.

Fynbos has many uses – from medicinal to fashion

The Khoisan were the first to use fynbos for medicine in their herbal healing, and fynbos is still a popular ingredient used by natural healers and in modern medicine.

Fynbos is a pyrophyte or fire-tolerant vegetation that makes use of fire as a means to support seed germination and as a mineralising agent to add nutrients to the dry, arid soil in the mountains. However, it only needs to burn every 10 – 25 years. Fires that are too frequent can be harmful to the seed bank.

Fynbos is a habitat for many unique creatures

A number of important animal species depend on fynbos and the Cape Floral Kingdom for their survival, because it is a very specific type of vegetation and many of its dwellers are endemic. These special creatures include six bird species, which also play an essential role in the pollination of fynbos plants, such as ericas and proteas. This is a very important task that these birds share with a number of butterflies that thrive only in fynbos conditions. As a result, birds and butterflies alike are at risk as their fynbos habitat grows smaller.

Another incredible fynbos dweller is the geometric tortoise. With an extremely restricted habitat, it was considered extinct in the 1960s before a small group of survivors were found in the 1970s. These have since been carefully conserved.

Fynbos is threatened and must be conserved

According to SANBI, more than 1700 fynbos species are vulnerable, endangered or critically endangered due to urbanisation and human development. With growing public awareness around the vulnerability of fynbos and the Cape Floral Kingdom, important projects have begun addressing conservation, working on regrowing and restoring the   fynbos habitat and population. In 2004 UNESCO officially declared the Cape Floral Kingdom as a World Heritage Site, drawing much-needed attention to the plight of the fynbos and its inhabitants.

We work with South African people all over the world, delivering our cross-border financial services remotely to make it easier for expats to handle their international money moves in a manner that is safe, efficient and tax compliant.

If you’d like to hear more about our convenient services, leave us your contact details and we’ll be in touch to conduct your free, no-obligation personal assessment.