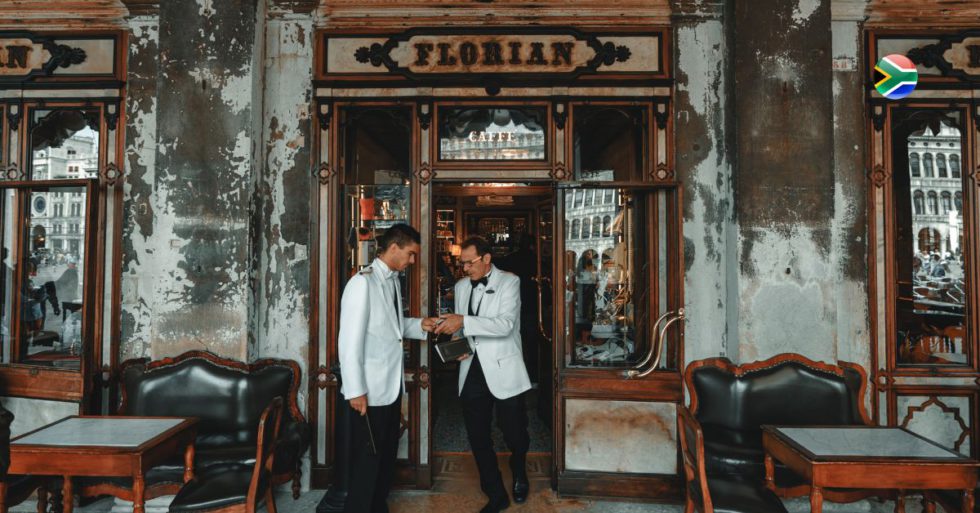 It’s a tasty tale – how Jan Hendrik van der Westhuizen’s lifelong fixation with food led him to become one of the first chefs to obtain a Michelin star and put South Africa on the map as a culinary destination of high regard.  To join the Michelin clique is an exceptional honour, possibly the highest distinction in the gastronomical world – not only did Jan achieve his Michelin star but he did so in France, which is Michelin home soil – an accolate of note! Let’s take a look at his story.

Jan Hendrik was raised in the Mpumalanga province in the heart of the farmlands. As a farmer’s son he should have spent his days in the field but he took to a life in the kitchen instead. Under the watchful eye of his mother and grandmothers, Jan Hendrik developed a promising skill that would one day manifest in the opening of his acclaimed restaurant on the French Riviera. Three years after launching JAN, he received his first Michelin star but Jan Hendrik didn’t stop there. He introduced MARIA, an unparalleled dining concept named in honour of grandmother, who played an instrumental role in shaping his cooking style.

Not content to rest on his laurels by simply cooking and serving delicious cuisine, Jan Hendrik put pen to print and published his début cookbook, The French Affair which features recipes from his childhood and evidences his passionate love affair with France and its culture of good food and fresh produce from local markets. In his award-winning cookbook, Jan Hendrik’s family influence and love for his grandmother is clearly evident – Ouma se Soetkoekies (spice and sweet wine biscuits) and Milk Tart with Cinnamon Quinces pay tribute to his grandmother, while his Cauliflower and Roquefort Soup, and Creamy Chicken and Corn Pot Pies bring back the nostalgia of his student days. Rabbit and Wild Mushroom Ragoût, Sticky Tarte Tatin and Croque- Monsieur à la Banane are clear examples of his deep French fixation.

So well received was this cookbook that he soon published another – JAN – A Breath of French Air. This bestseller picked up where his debut cookbook left off by documenting the soul and essence of the dishes served at Restaurant JAN. The latest in his series of culinary masterpieces is the Klein JAN Cookbook, which is a visual documentation of his latest eatery in the picturesque Tswalu Kalahari Reserve and a sensory celebration of South African cuisine, that enlightens and elevates simple ingredients that South Africans love while styling them with classic French finesse.

In 2017 Jan Hendrik’s first TV series launched – a culinary travelogue that documents Jan Hendrik’s journey to Michelin stardom, the show follows his epicurean escapades through France and Italy, showcasing the origins of his inspiration. This three-season-long SAFTA award-winning show is available to stream internationally.

His most recent passion project launched at Tswalu Kalahari in 2021. Restaurant Klein JAN is located in one of South Africa’s leading private game reserves, and with the opening of the JAN Innovation Studio in Cape Town, Jan Hendrik has finally come home to roost.

Situated at Tswalu Kalahari, Jan Hendrik has embraced this untamed, untouched bush refuge and created a culinary experience that celebrates the simple splendours of this unspoiled region, telling the story of South African culture through food, paying homage to the old ways while ringing in the new. From his rural farmland roots, Jan Hendrik van der Westhuizen felt an instant connection to the sheer majesty of the Kalahari. To him, the Kalahari represented limitless potential and the region’s natural ingredients provided the inspiration to bring fine dining home to South Africa, while giving food from the Kalahari the opportunity to shine.

Restaurant Klein JAN received the winning title in the international Hidden Gem category at the prestigious La Liste 2022 gala evening held in Paris. These awards showcase chefs, restaurants and regions pioneering new frontiers in the industry through exceptional cuisine that embodies innovation, sustainability and authenticity. Furthermore, his team at Restaurant Klein JAN has been honoured by the Tourism and Hospitality Counsel of South Africa at the annual Luxe Restaurant Awards in three categories: Culinary Pioneer, Restaurant of the Year (Restaurant Klein JAN) and Chef of the Year.

Jan Hendrik’s home soil restaurant has been phenomenally successful. Day visitors can only attend lunch sittings (dinner is always for private reserve guests only) on certain days of the month, and there is a three-month waiting list for the seven-course tasting menu and wine pairing, which costs a cool ZAR 2500 per head. To book out the entire restaurant will cost you ZAR 50 000 for a party of any size, up to a maximum of 20 guests.

MARIA is a private dining room across the street from the main restaurant. Serving a selection of more than 20 cheeses accompanied by ambrosial preserves made from locally-sourced ingredients, this is a mid-meal interlude that guests can enjoy as part of the Restaurant JAN experience.

No matter the destination, FinGlobal is ready to support your journey. Providing trusted, reliable cross-border financial services to South Africans the world over, FinGlobal can help you move your money where you need it to be – without fuss, and without hassle.

Whether it’s straight forex, or you need to complete tax emigration, FinGlobal’s exceptional customer service will help you create experiences worth sharing. Interested in hearing more about how we can help you? Leave us your contact details and we’ll be in touch!